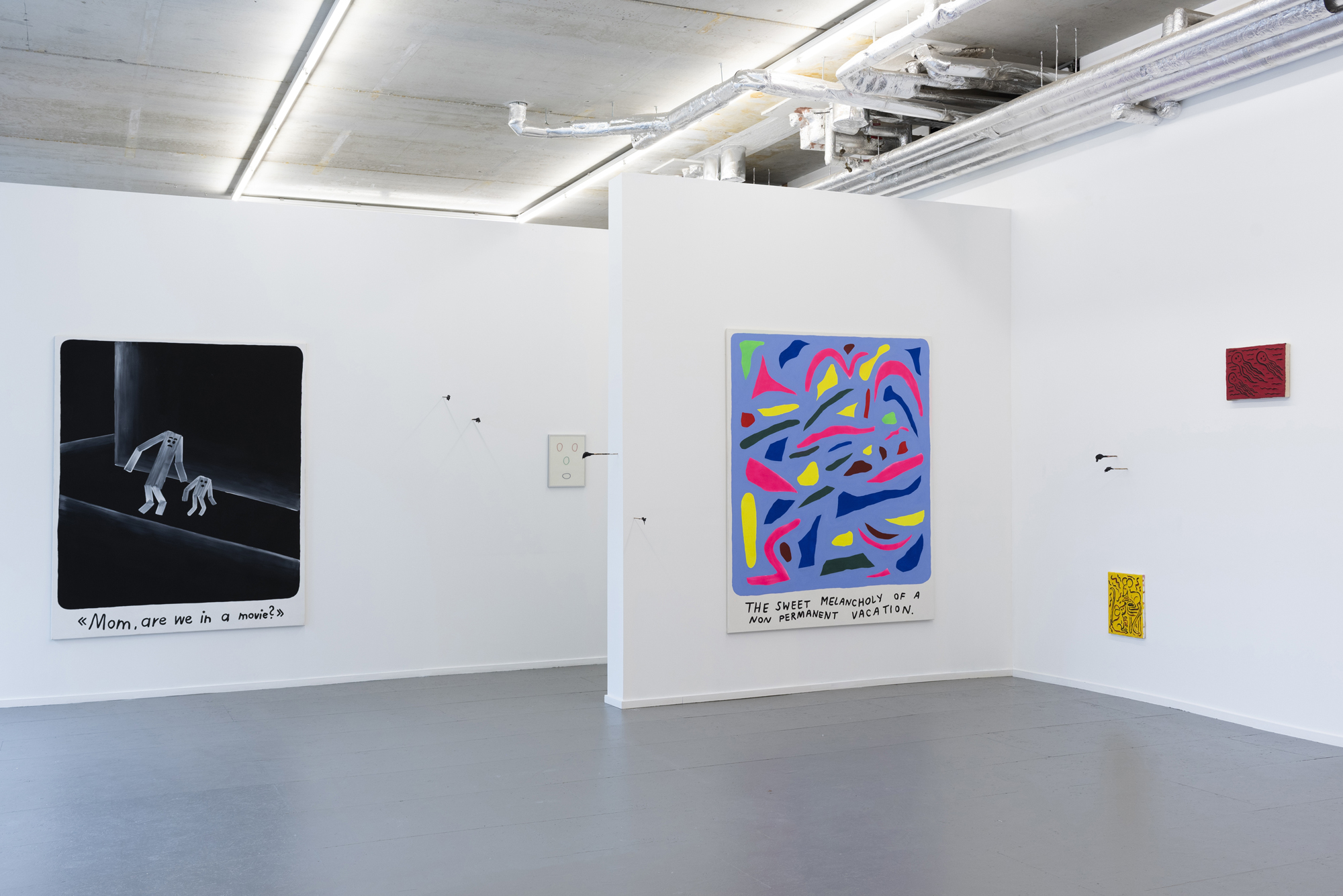 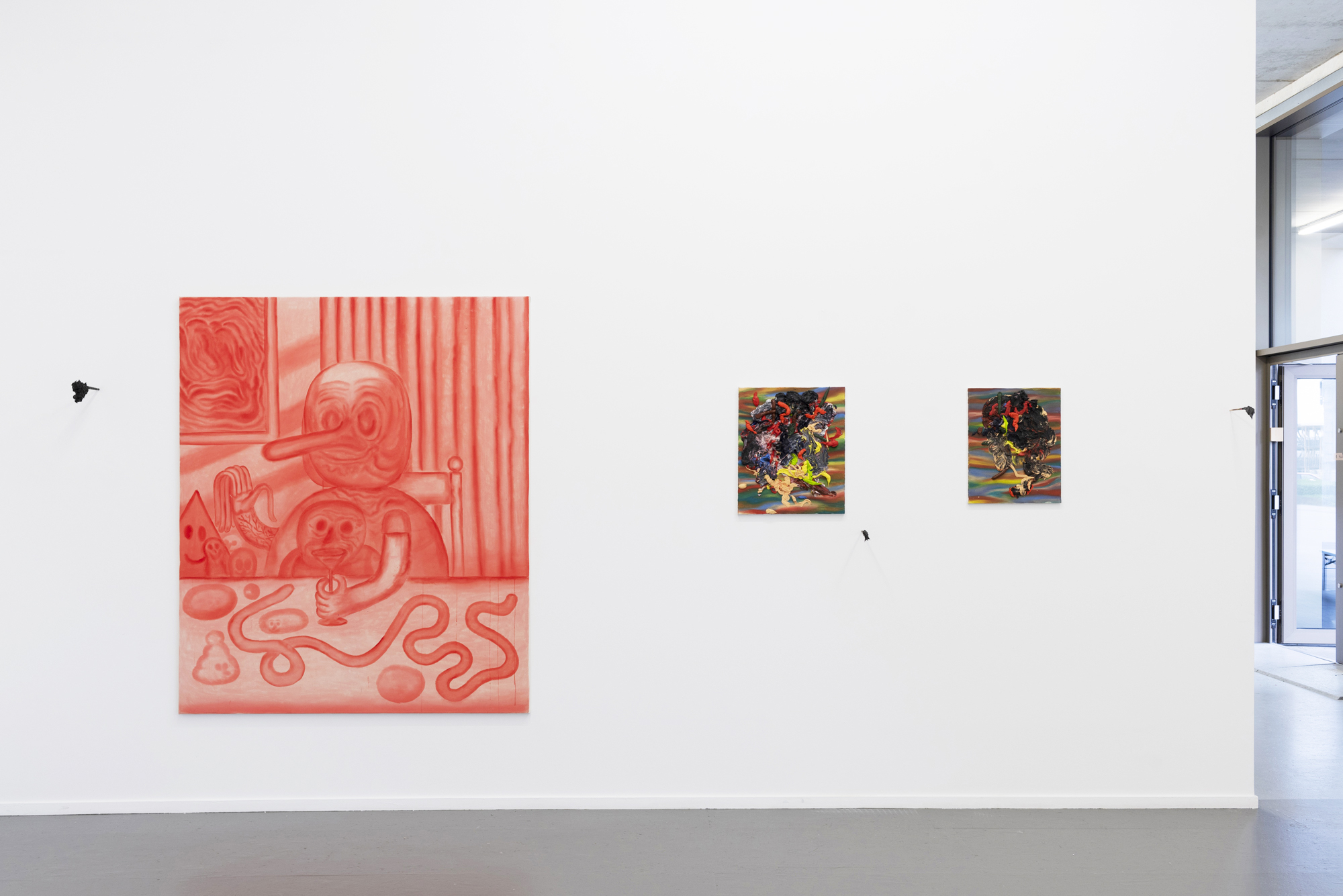 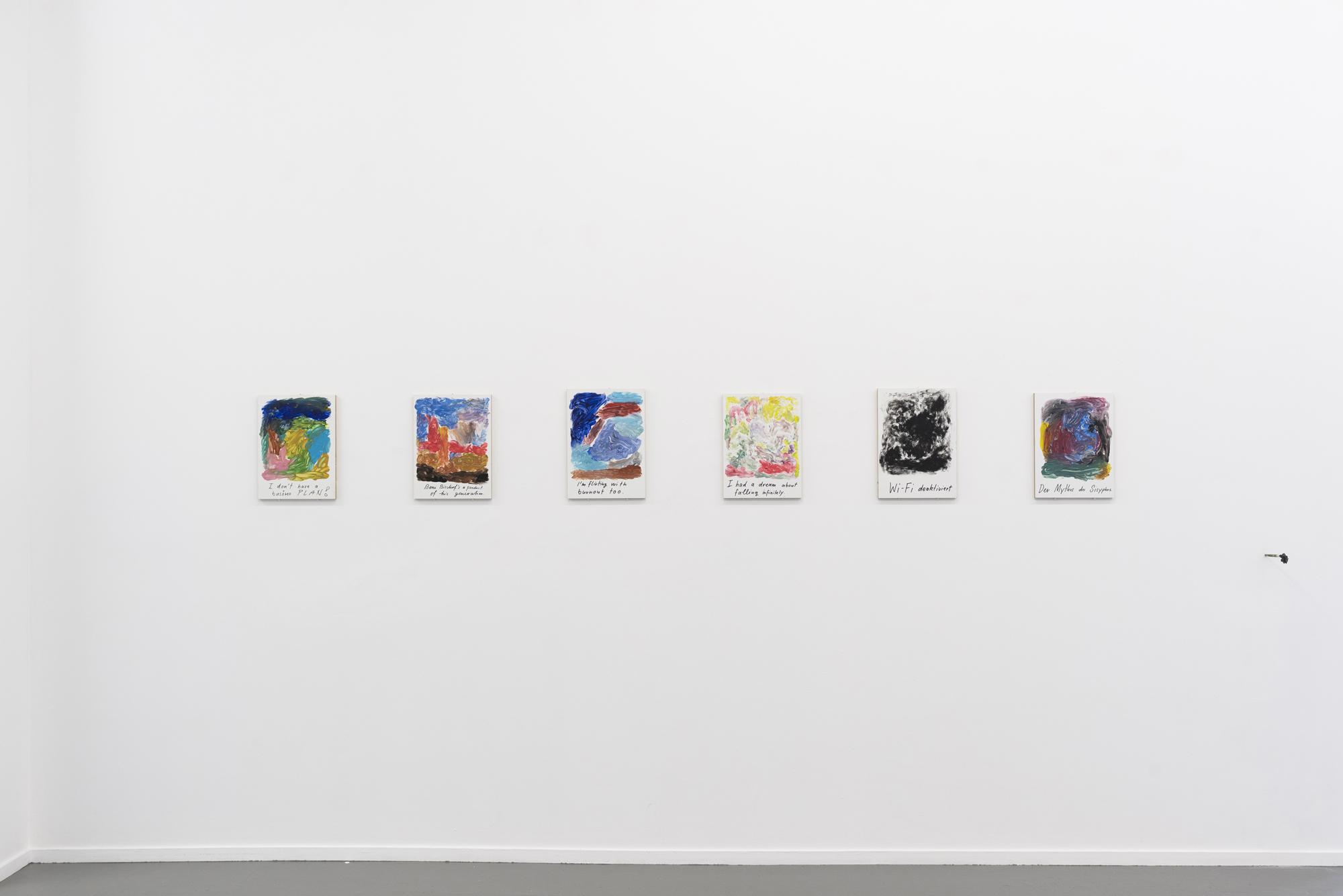 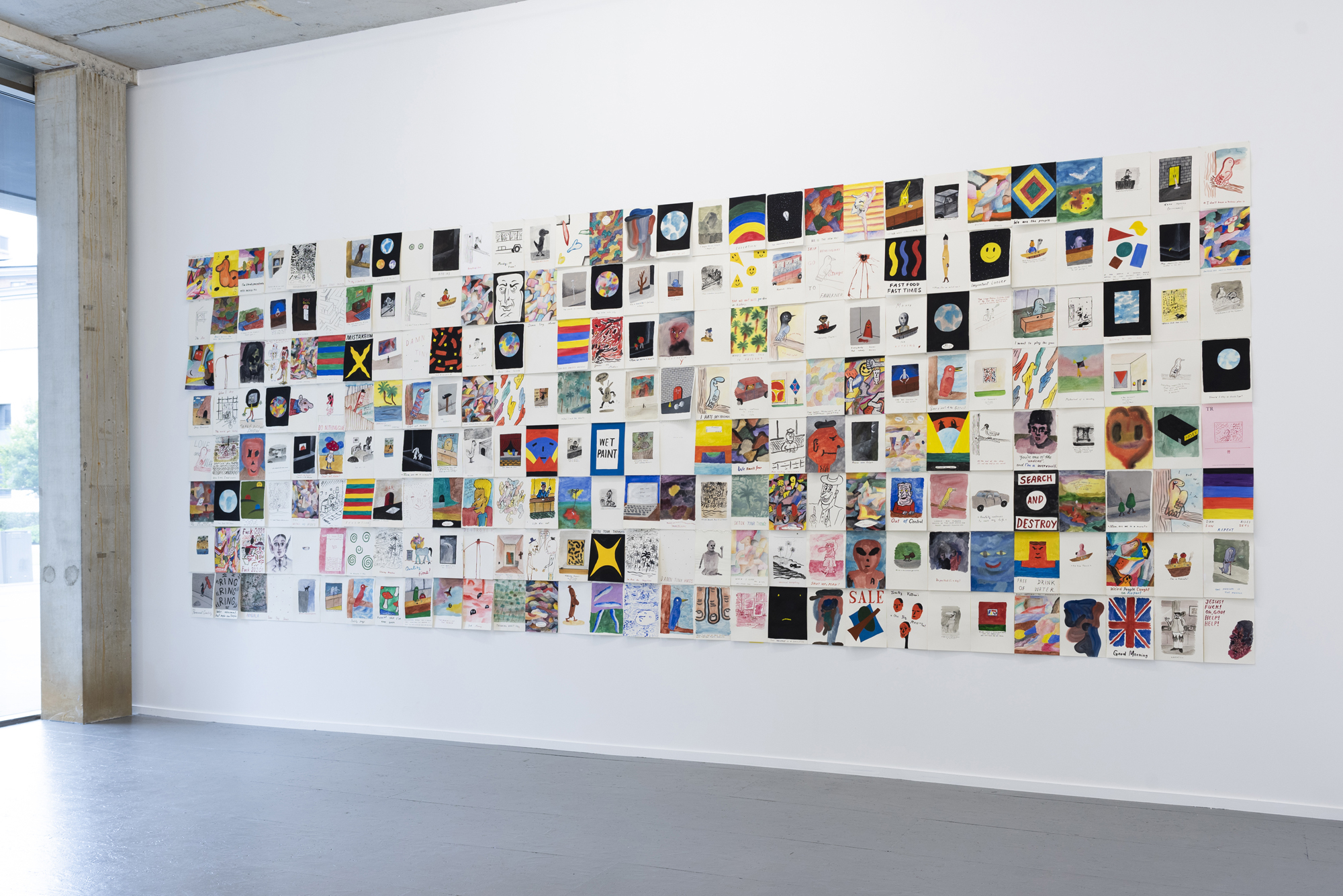 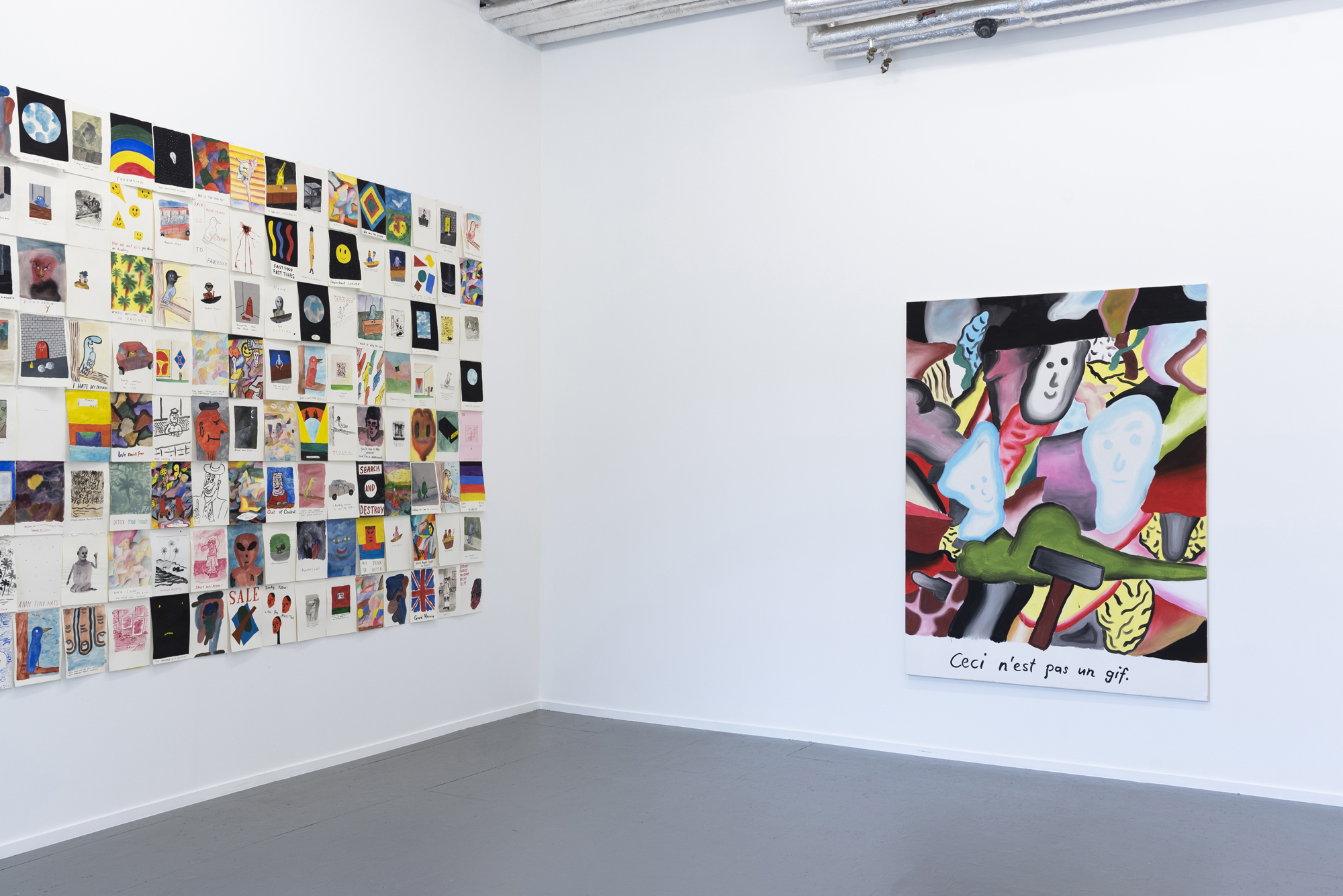 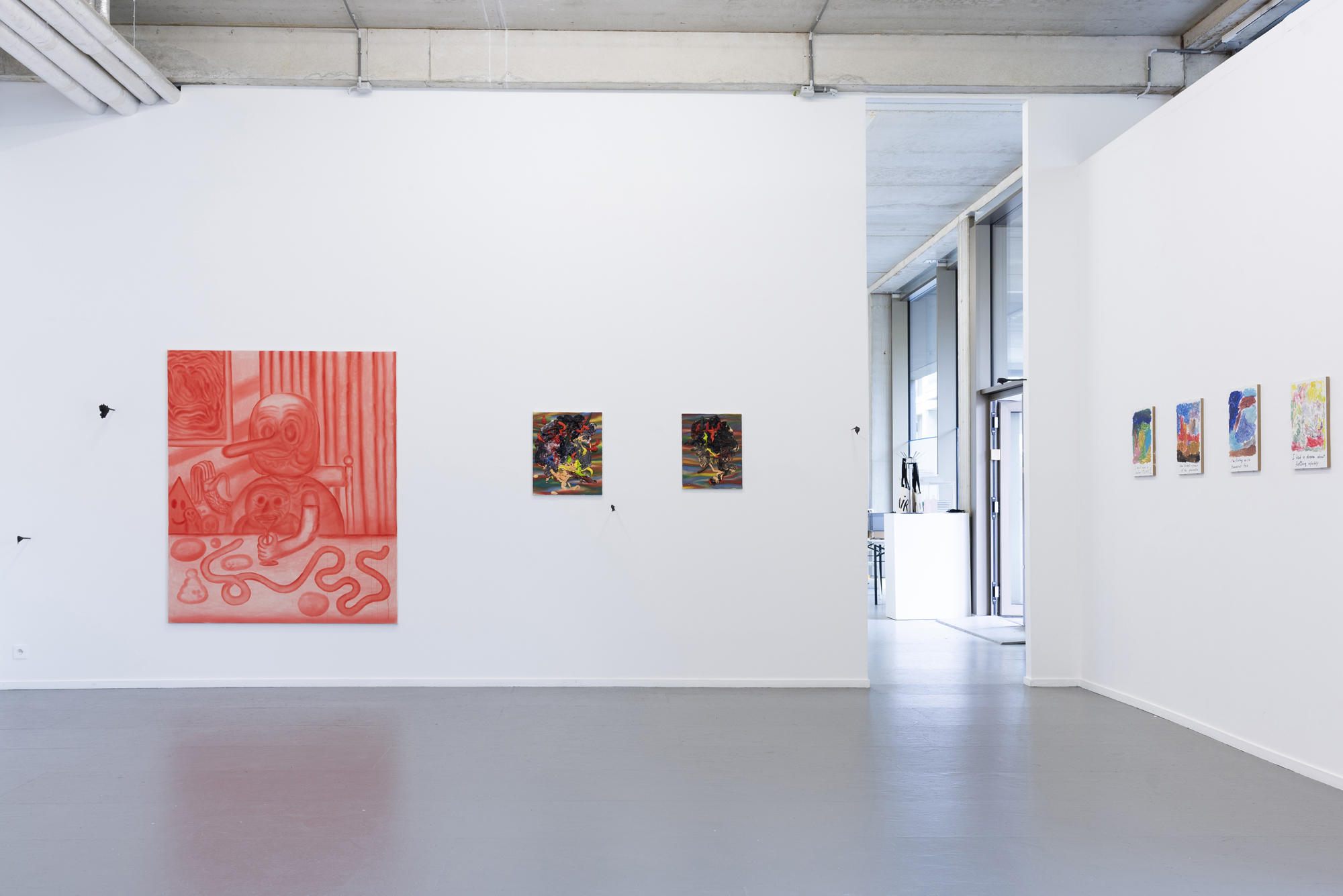 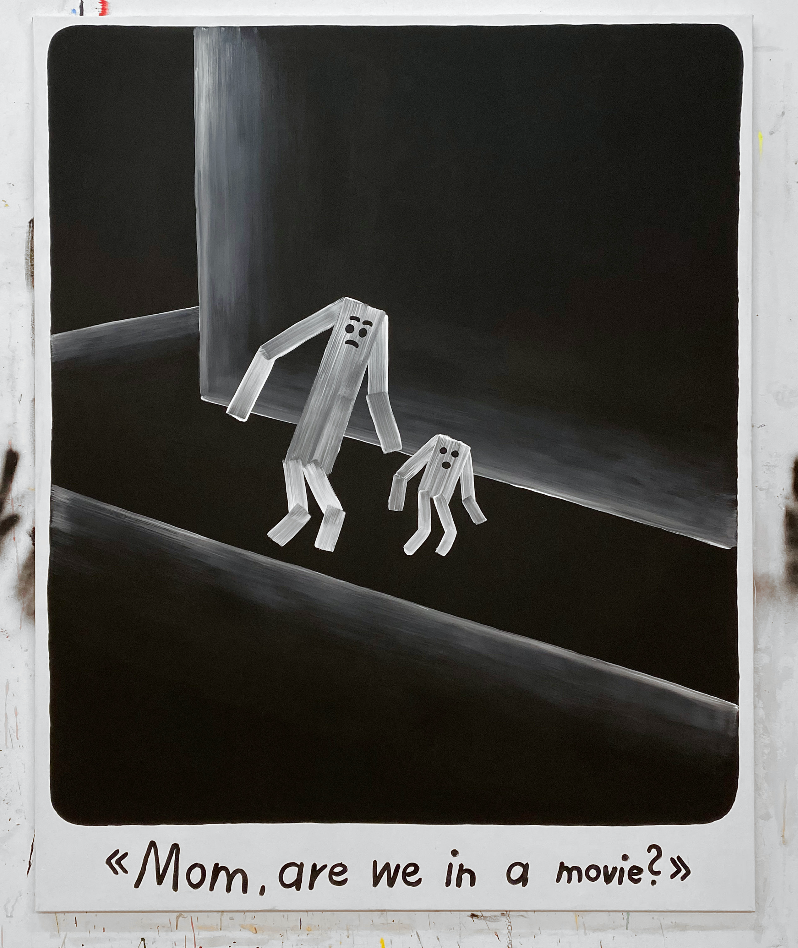 PLUS-ONE Gallery is pleased to present the second solo exhibition of Beni Bischof (b. 1976, Widnau, Switzerland).

Beni Bischof works unrestrainedly and intuitively. He playfully condenses the grotesque, ridiculous, banal, and absurd in a cryptic and ironic manner using a wide variety of media. In addition to drawings, collages, paintings, sculptures, and installations, his self-published magazine Lasermagazin, which has appeared since 2005, attests to his eruptive creative drive. He translates spontaneous thoughts on social and political topics into bizarre and comical messages in words and symbols of disarming immediacy. At the same time, he transports the promising, illusory world of glamour into subtle quotations of pictures and text that neither disregard the banality of everyday life nor the dramas of the political agenda. The subjects of Beni Bischof’s works originate from his phantasy. The condensing of topics is characteristic of his artworks in general. It is marked by an unrelenting overstimulation in the chaos of quoted texts and images which strains the viewer’s visual habits. As he has repeatedly remarked, in a sense Beni Bischof develops his oeuvre as an ambush, the effect of which is directly felt. His intuitive approach, his constant absorbing of the surrounding world is based on a strategy that becomes evident especially in the unbridled interplay of extremely diverse source material. These very quotations from his archive of texts directly inspire new works even in other media. With an infallible intuition, Beni Bischof translates wildly diverse influences from mass media into pointed contemporary art. Without making detours through sketches or drawings, his work develops fluidly and explosively out of the quotations and is expressed -euphorically and aggressively at the same time- in his chaotic world of images, in painting and installations. Beni Bischof’s pictures depict life in all its joy and misery, confusion and burlesque, which he playfully portrays in the blackest of tones in fantastical pictures and texts. They continually confront us with our own inadequacies.
— Text by Nadia Veronese, ‘Texte1’ by Beni Bischof

Beni Bischof lives and works in St. Gallen, Switzerland.
For his first solo exhibition ‘We must go deep in the forest’, in 2018, he took the iconographic figures Rambo and Bambi as a starting point. He watched both movies repeatedly while sitting in front of the TV and painted hundreds of works. The same year we presented his photographic work at Art Rotterdam. In 2019, during Antwerp Art, he made an installation in the café of FOMU
Antwerp, titled ‘Bad habits in the Museum Café’.