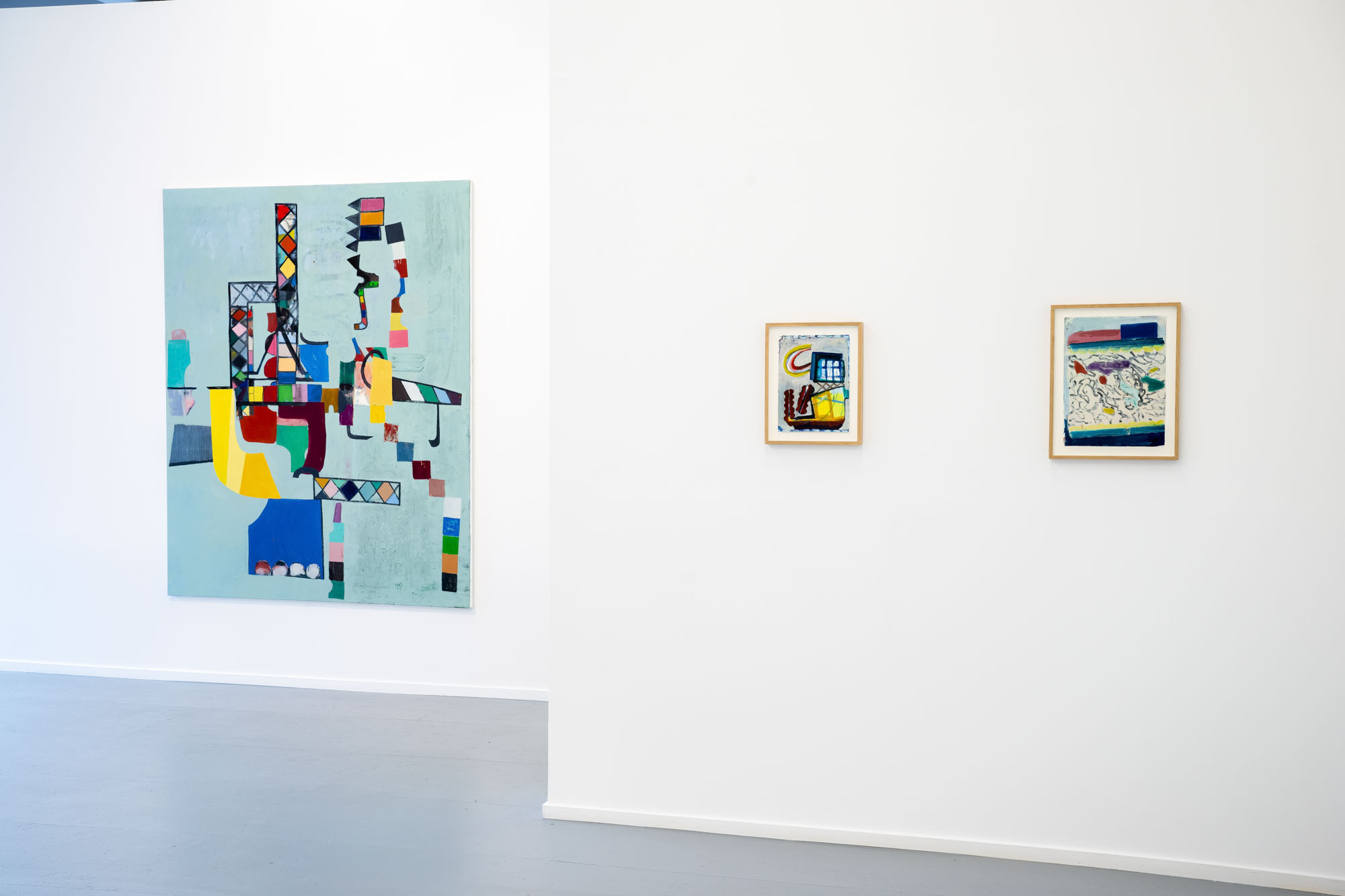 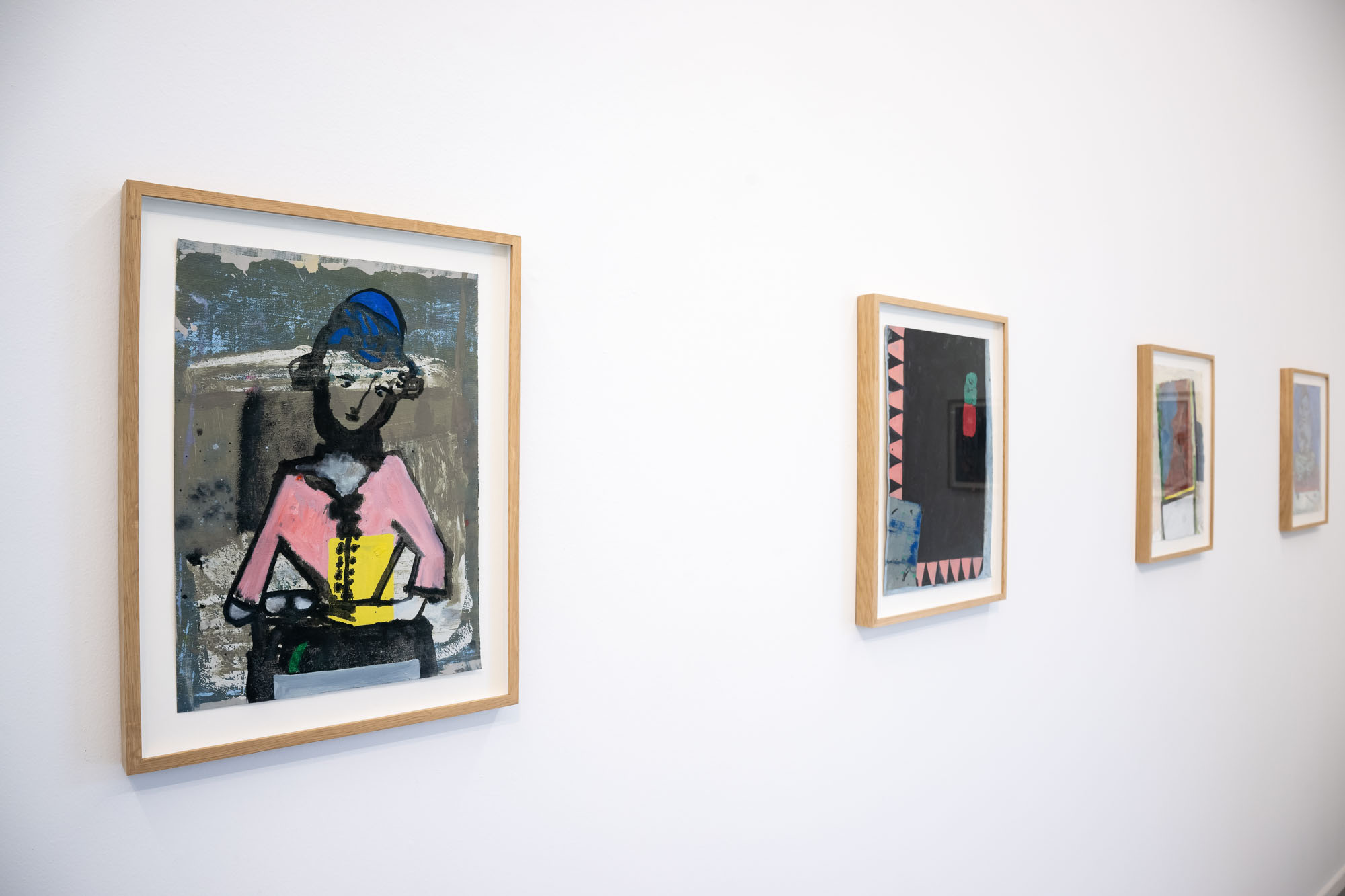 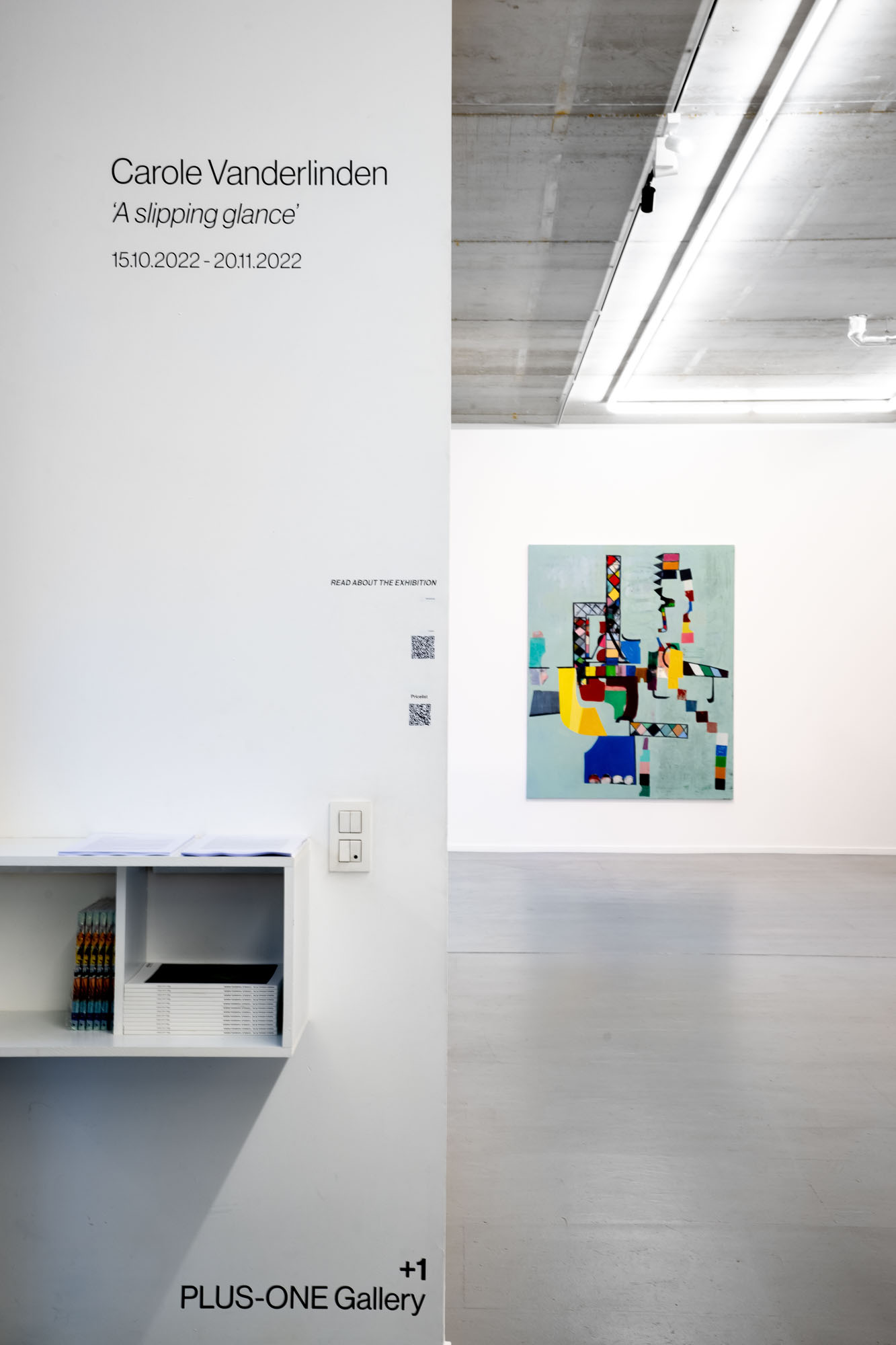 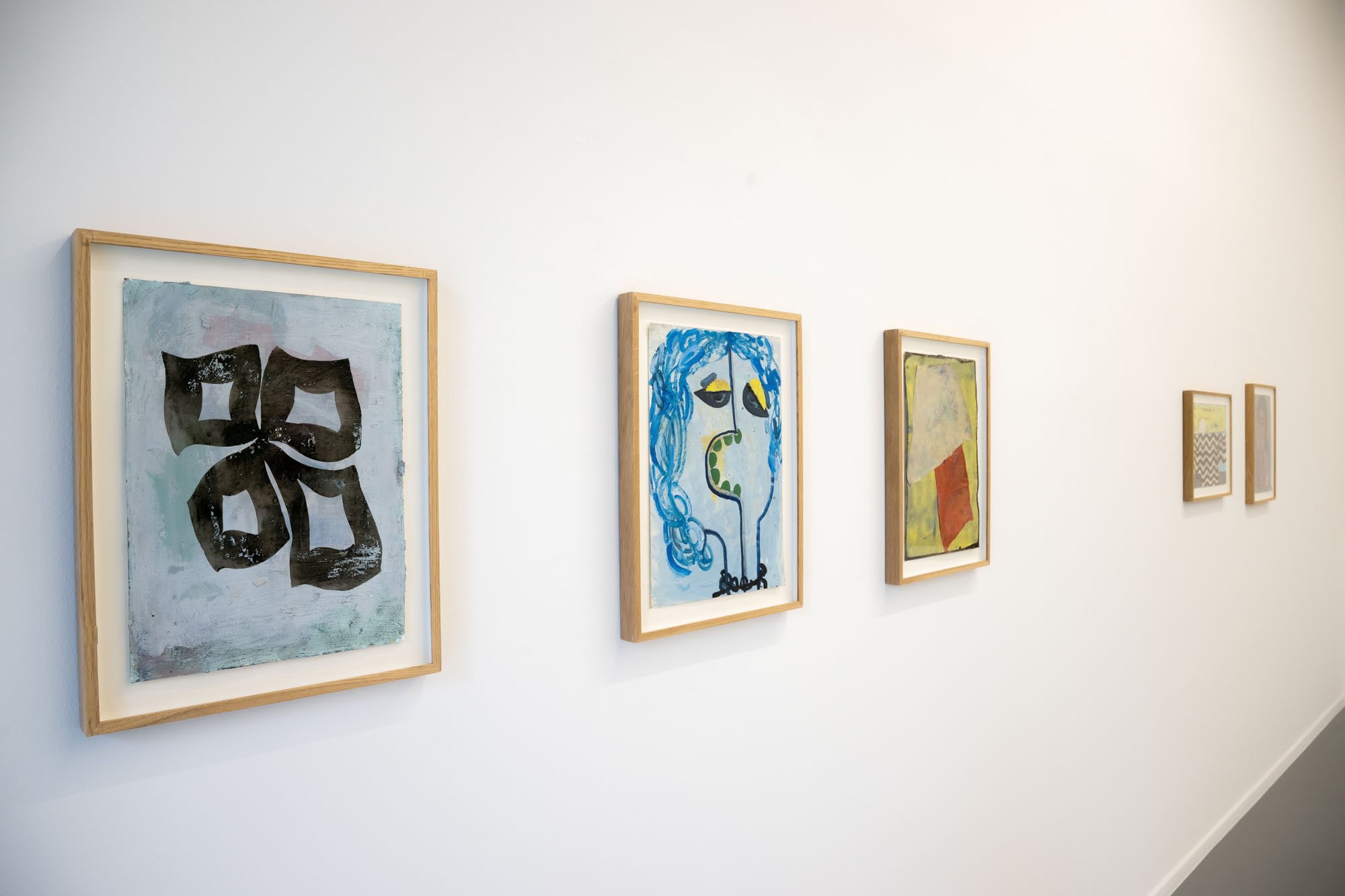 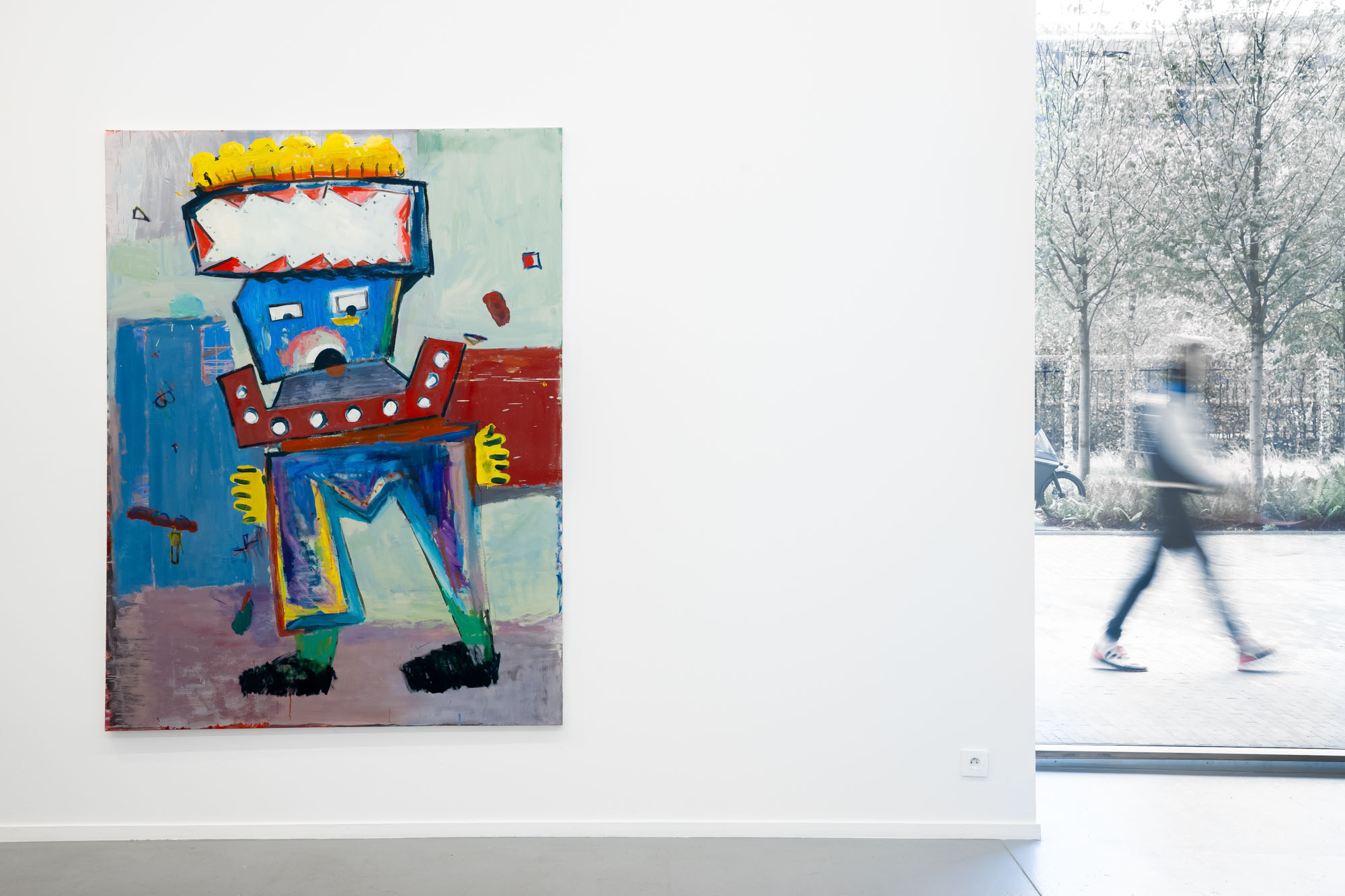 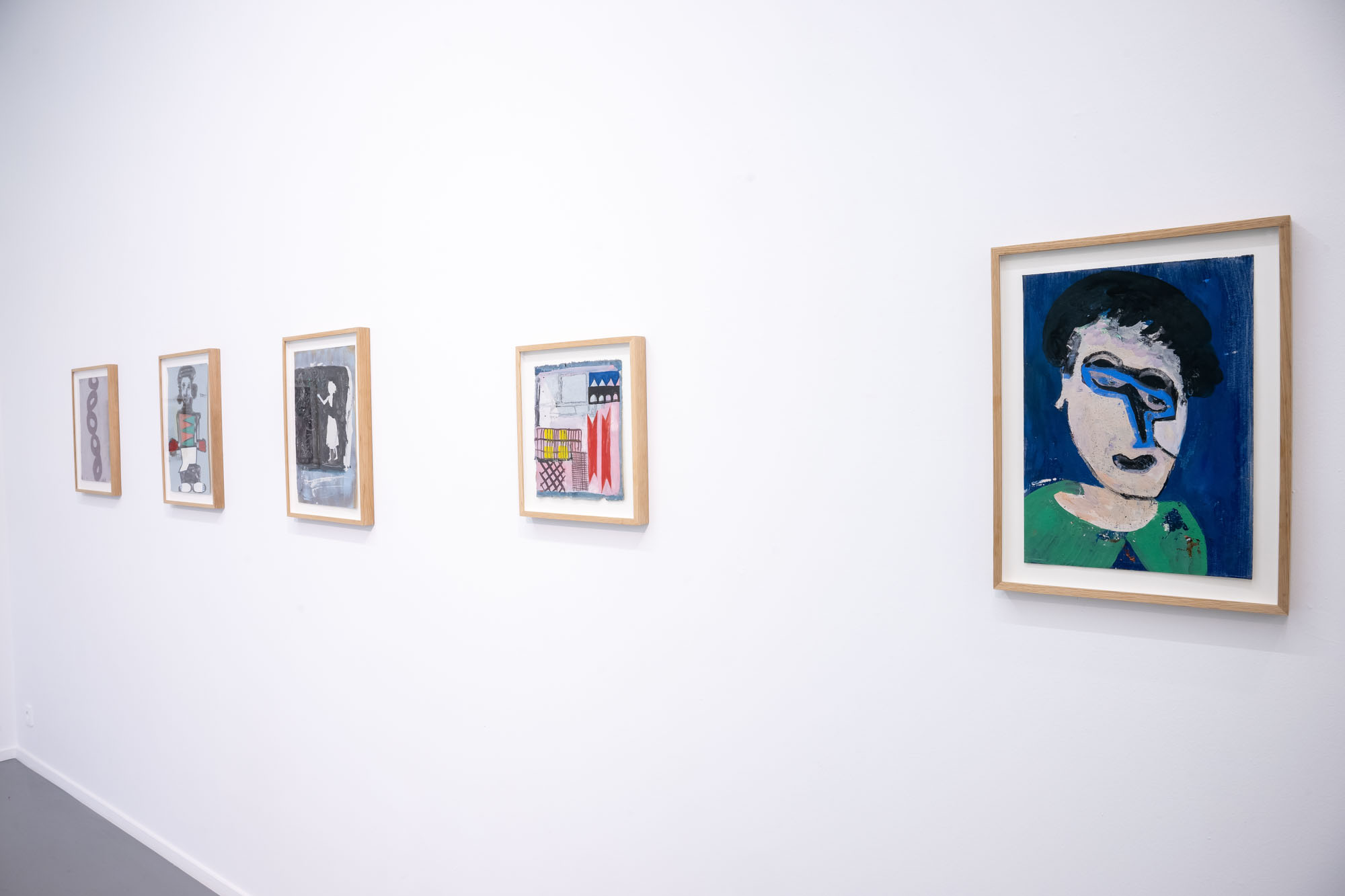 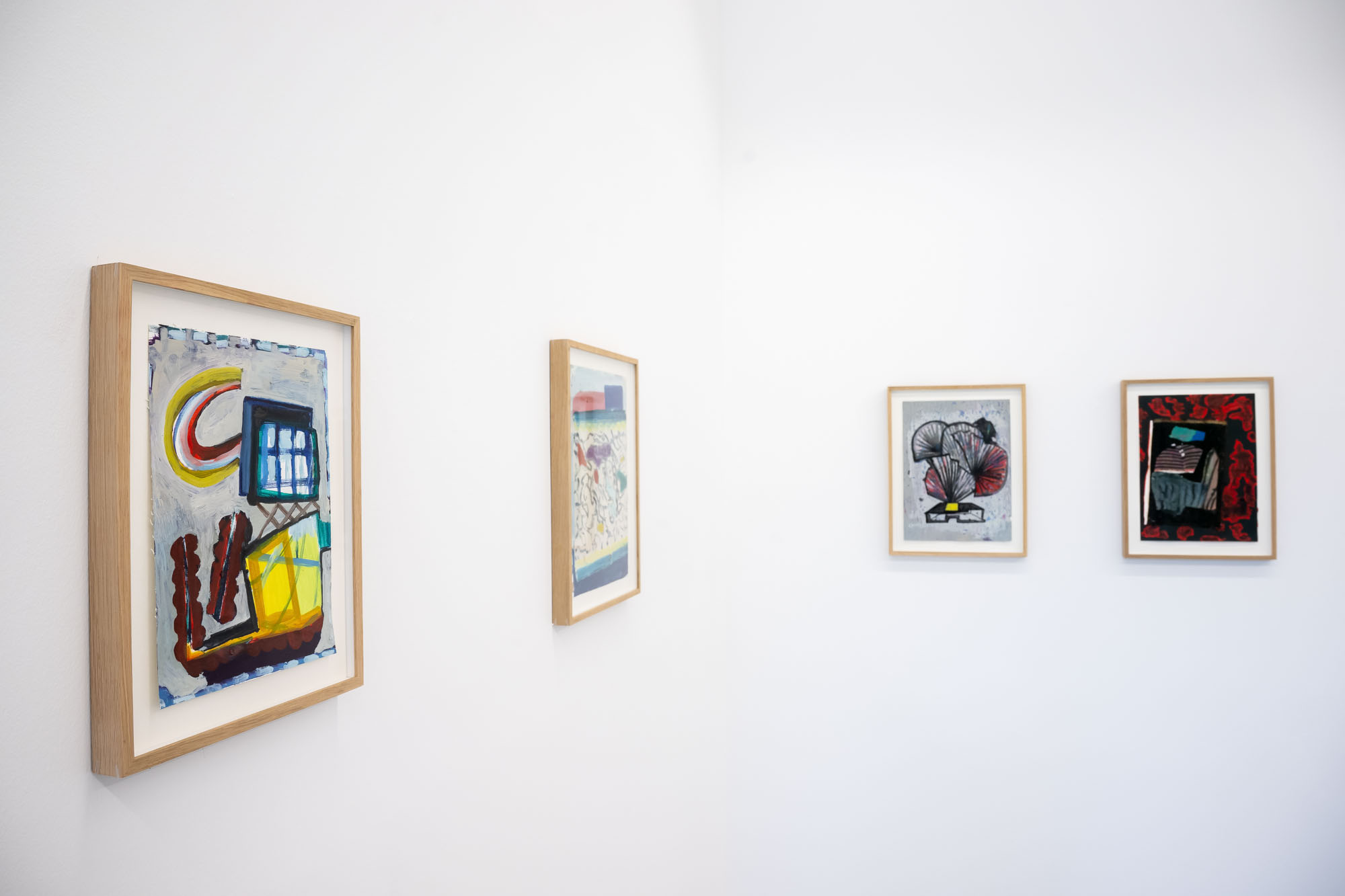 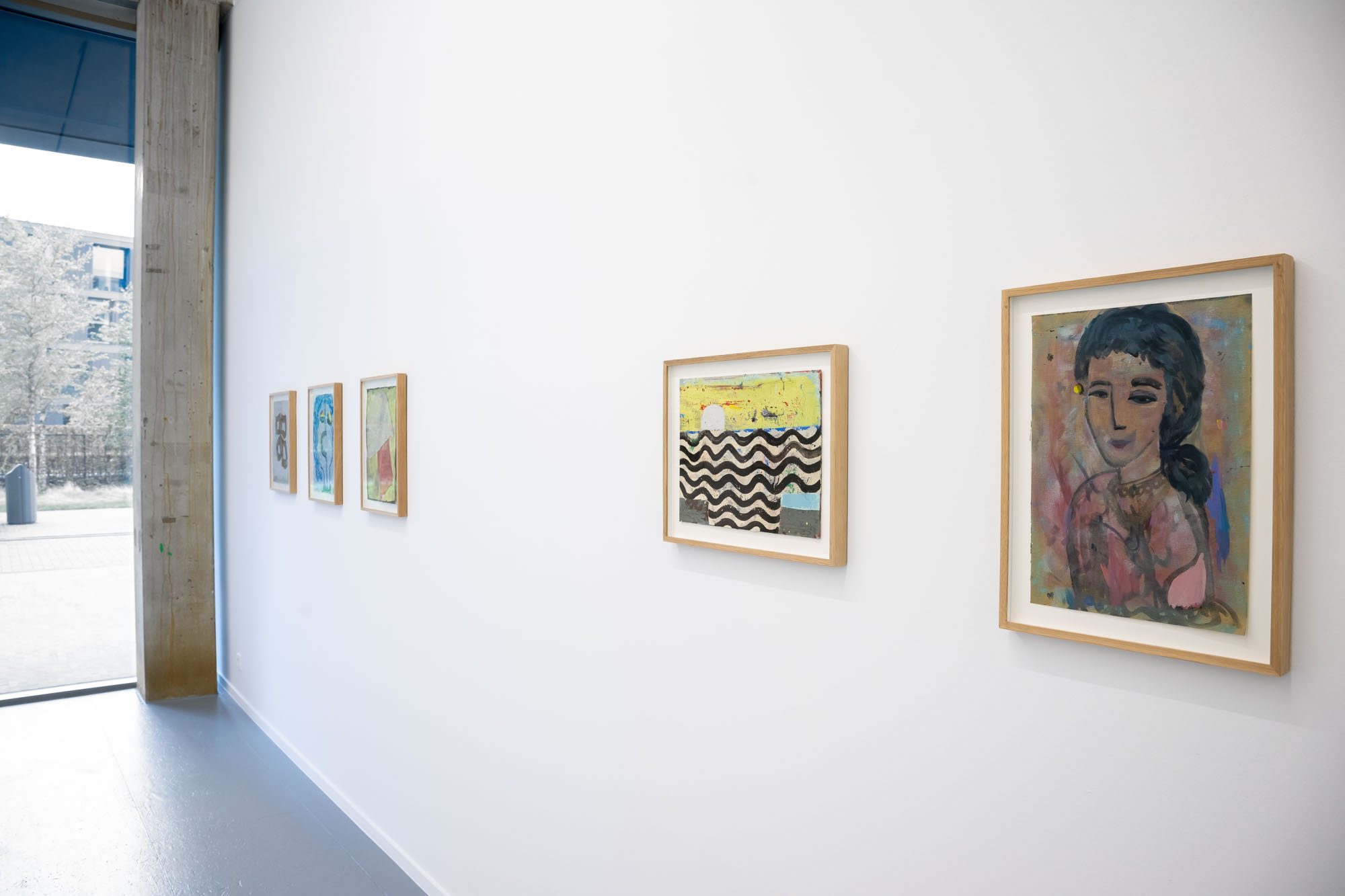 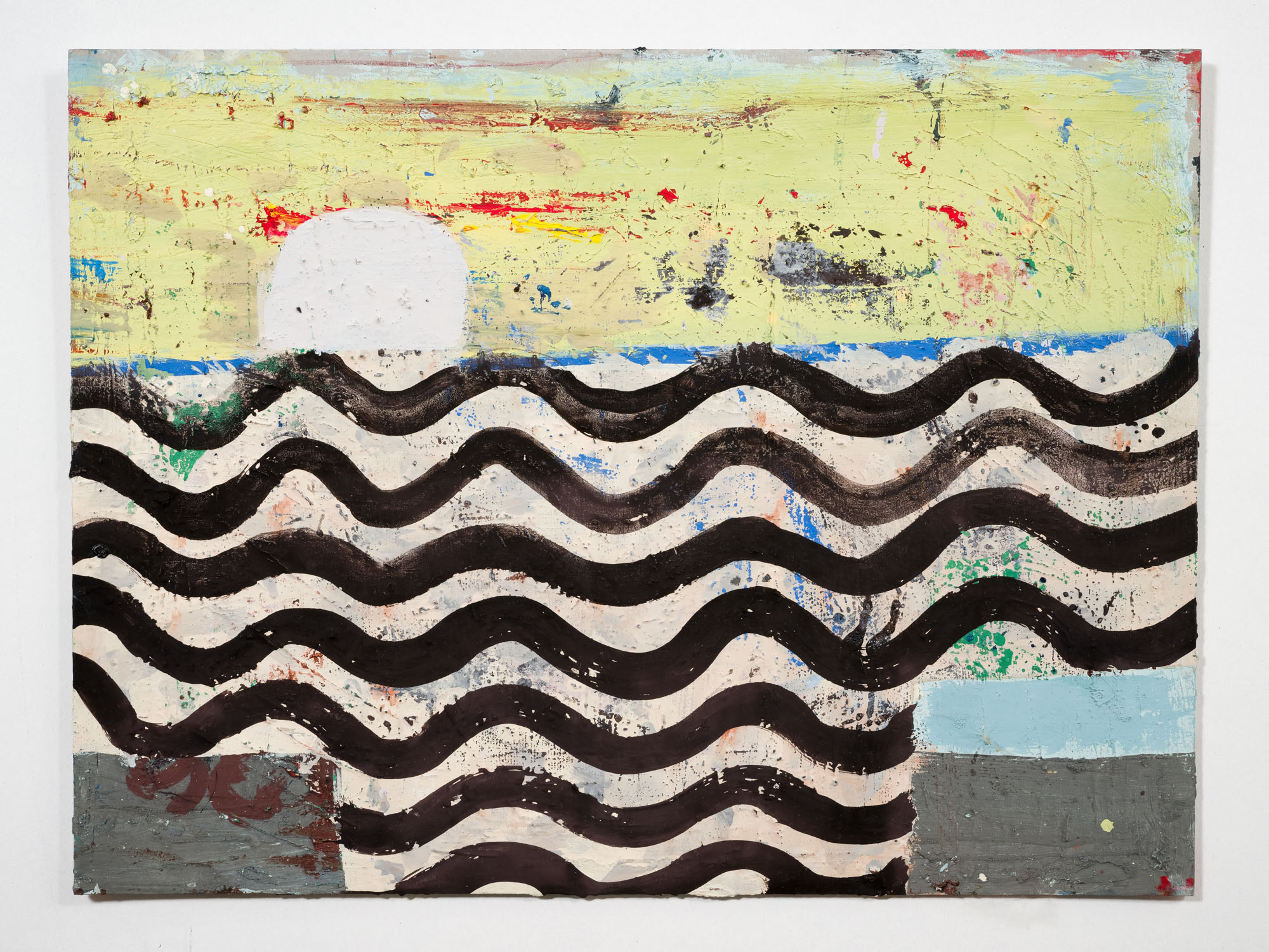 Carole Vanderlinden keeps her options open, without committing to any stylistic idiom, any signature-like manner of painting. Vanderlinden’s painterly approach can be described as a ‘neither/nor’ attitude; neither purely figurative nor strictly abstract, but both and none at the same time.
Vanderlinden’s painterly practice is invested in matter, in the flesh of painting. However, it is never fully action painting in the traditional sense of the word, since it can be taken to the verge of an image or a narrative, which nevertheless requires the viewer’s active participation in completing the shapes and forms in one’s own mind.

The title of the current exhibition, A slipping glance, is attributed to Willem de Kooning, the legendary abstract expressionist. The reference to de Kooning highlights Vanderlinden’s decisive mode of painterly gesture, the velocity of her brush stroke, which is reminiscent to the New York school of painting, as it was shaped by de Kooning. But the juxtaposition with the latter also articulates the difference between the two, the fact that Vanderlinden’s gesture is not merely decisive, but also contemplative, wallowing in the painterly matter as a means of introspection, of expressing doubt and hesitation. The phrase A slipping glance brings forth the notion of human vision, of an observation that cannot be fixed or perpetuated, and therefore turns into a memory, an echo. It situates the ephemerality of things, and the passage of time, at the core of Vanderlinden’s practice.

In Vanderlinden’s painting a stain is concurrently a constructive element, and vice versa. Her work renders the two indistinguishable from one another. Vanderlinden’s painting is a continuous experiment in refusing to adapt an unequivocal system or identity. It allows the artist to constantly sharpen her being in and awareness of the world, of history, of culture, as a dynamic, changeable situation and equation. It refers to painting as a material domain, as a particular history, and as an externalization and projection of an inner self.

In her work, Vanderlinden creates and restores a primary experience of painting in its pre- cultivated form. She is focused in the crude, raw materiality of painting, and in the possibility to elevate it without losing its vitality. She commands the painterly matter by letting it be itself. She positions herself as a masterful dilatant, as an adult infant. In this sense, she joins and contributes to the modernist ethos of painting.

In her current exhibition at PLUS-ONE gallery, Vanderlinden presents a new group of works on un-mounted canvases, which carry the indeterminate character of her practice to new level by keeping the simultaneity of drawing and painting, of an etude and a finished work, of periphery and center. She enhances the quality of multitude her work is fed by and comes out of, demonstrating the option of being decisively indecisive, as well as indecisively decisive.