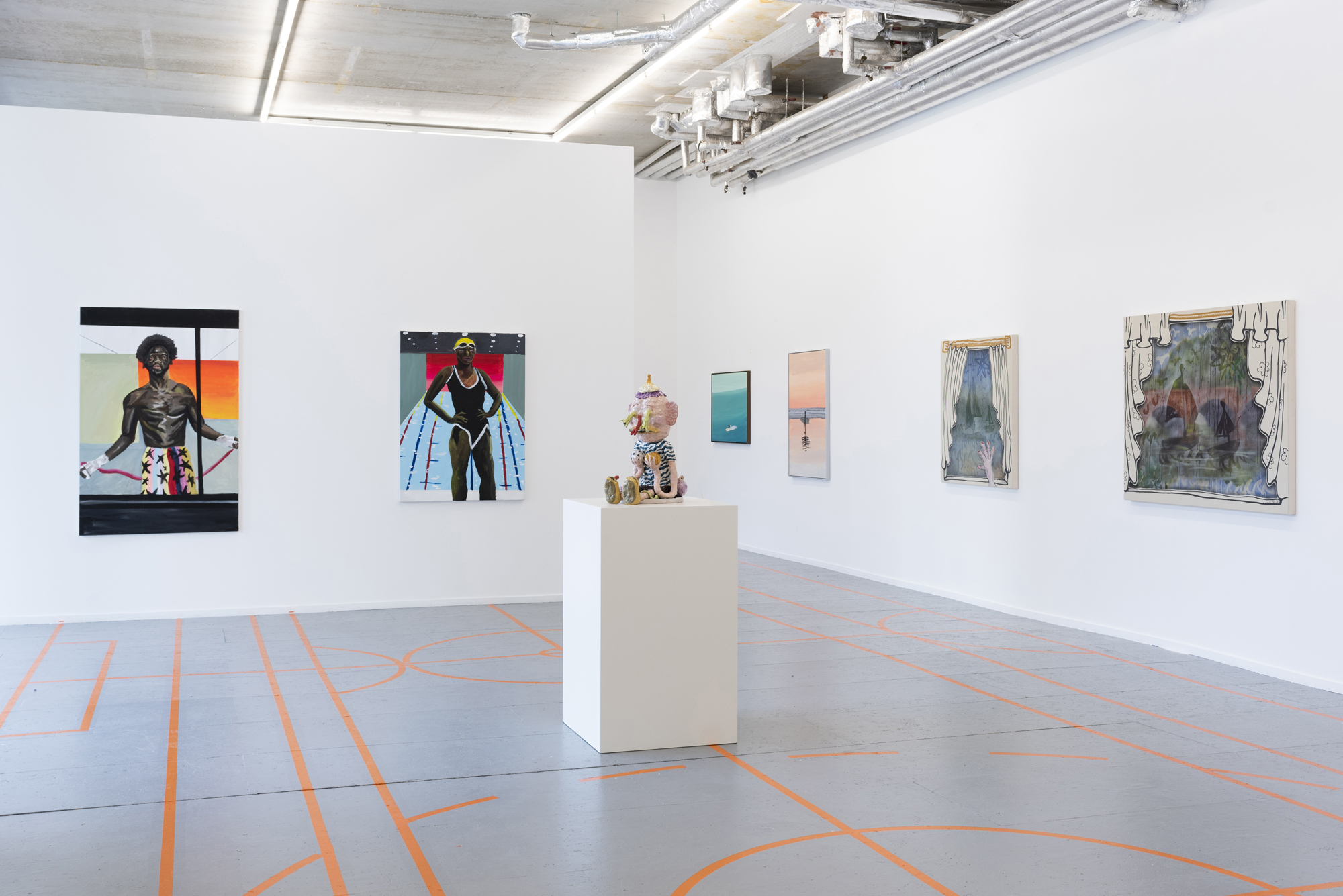 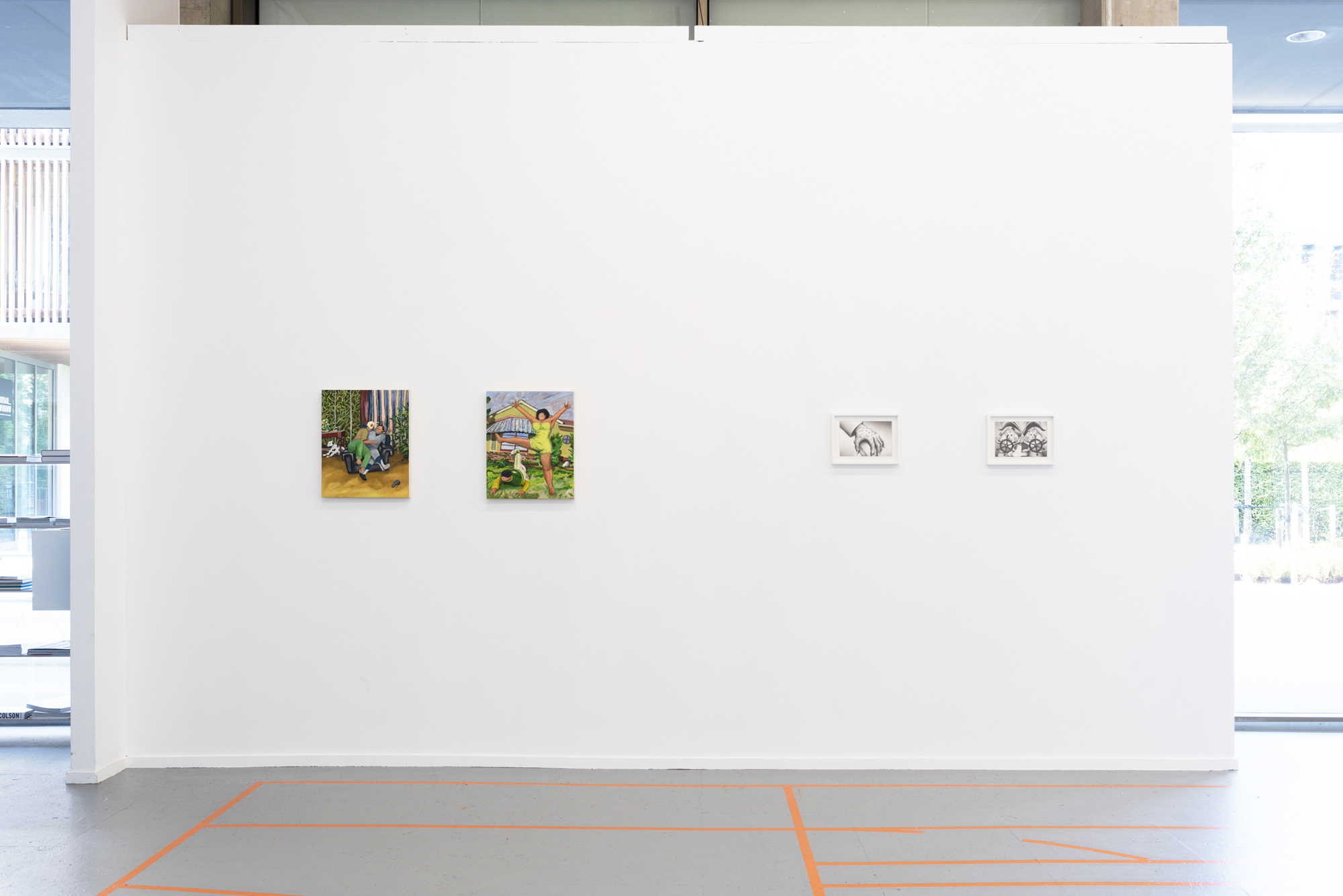 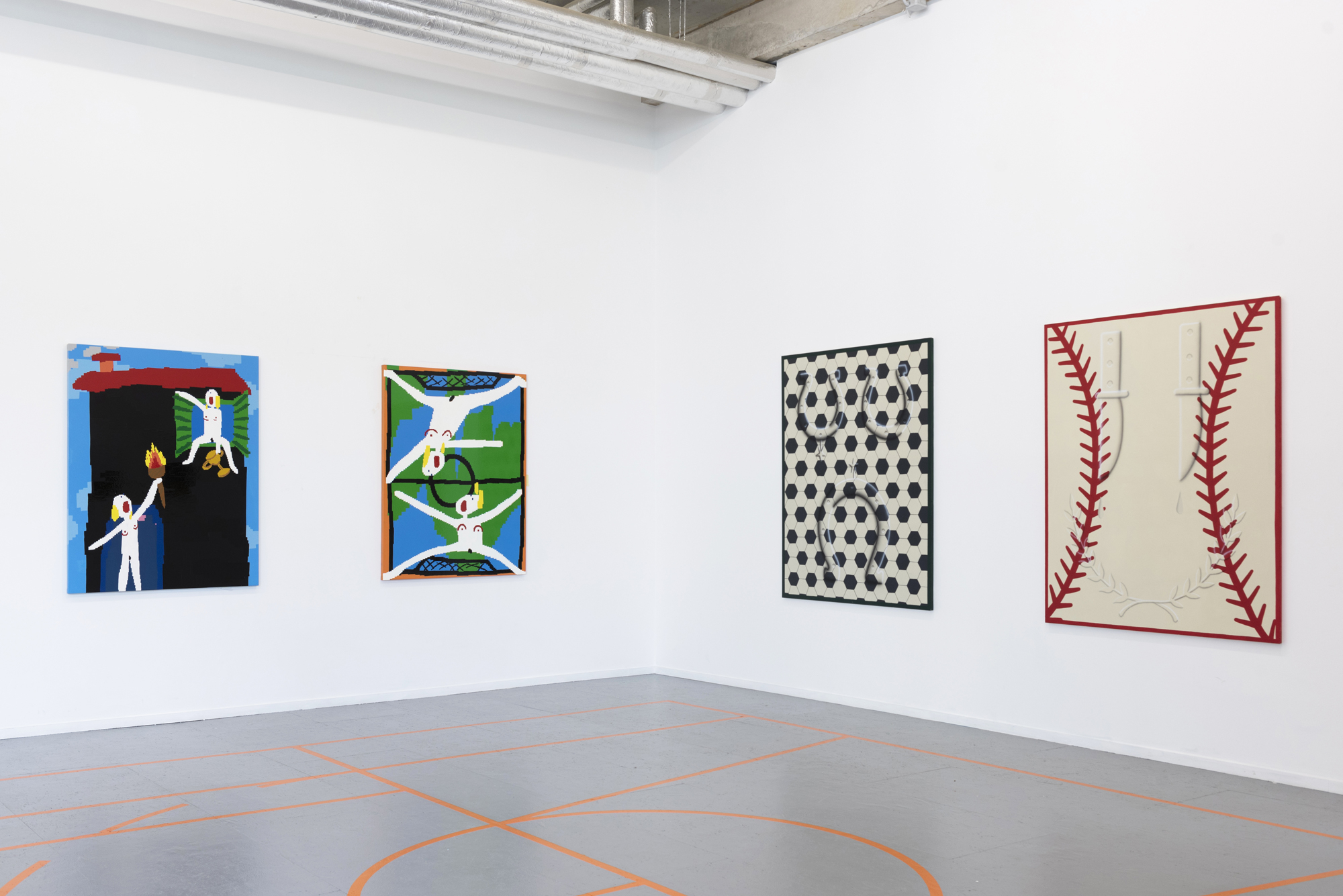 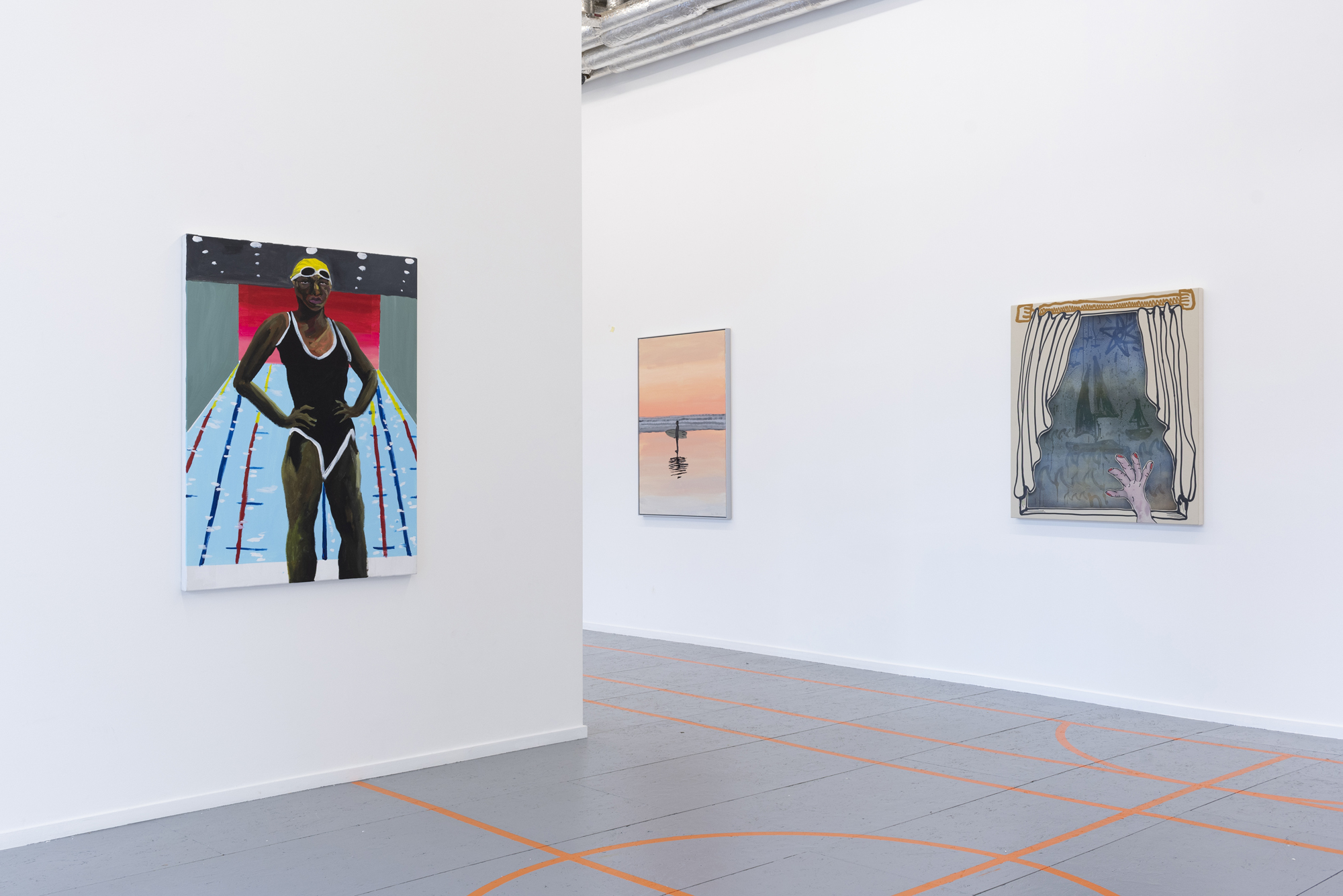 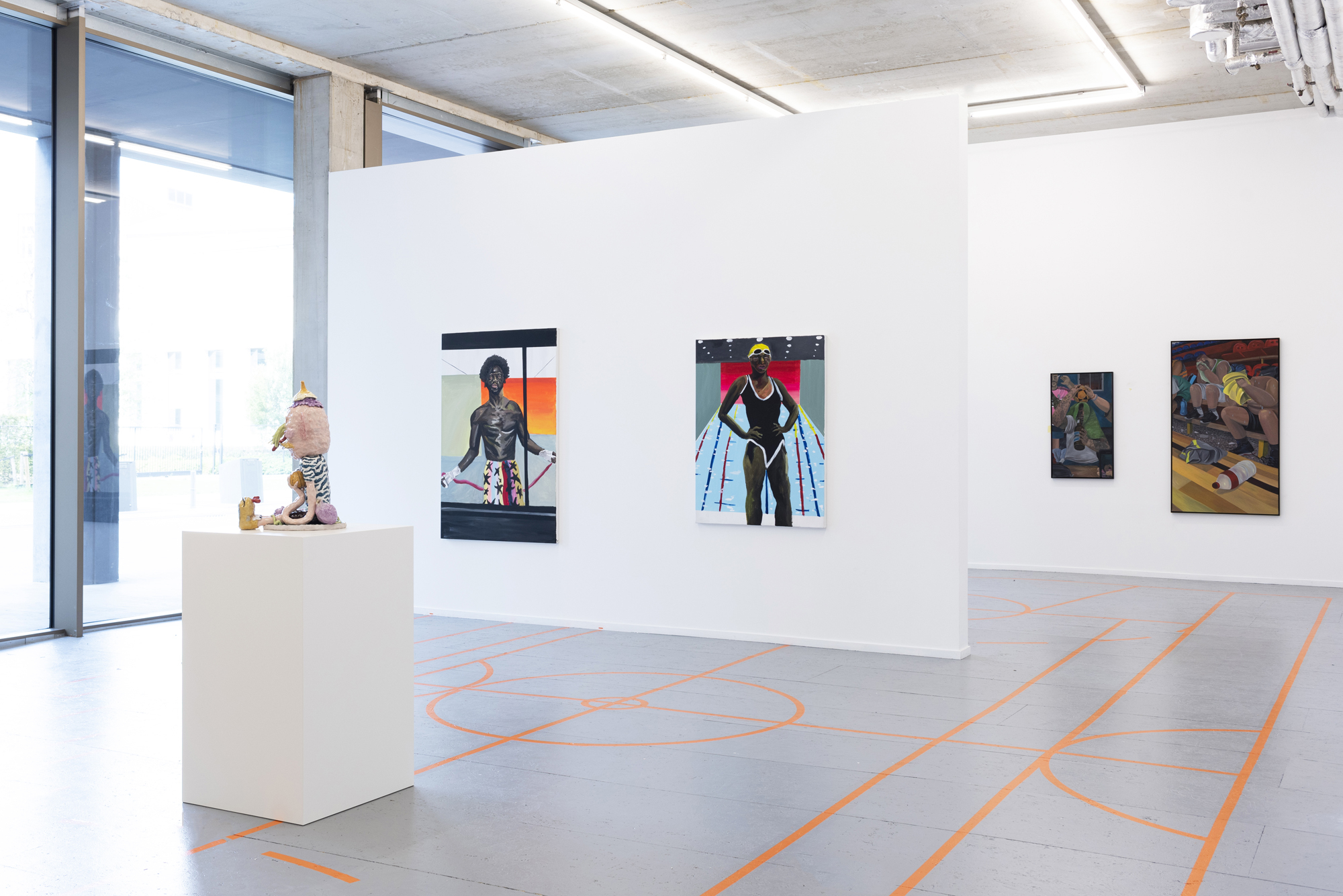 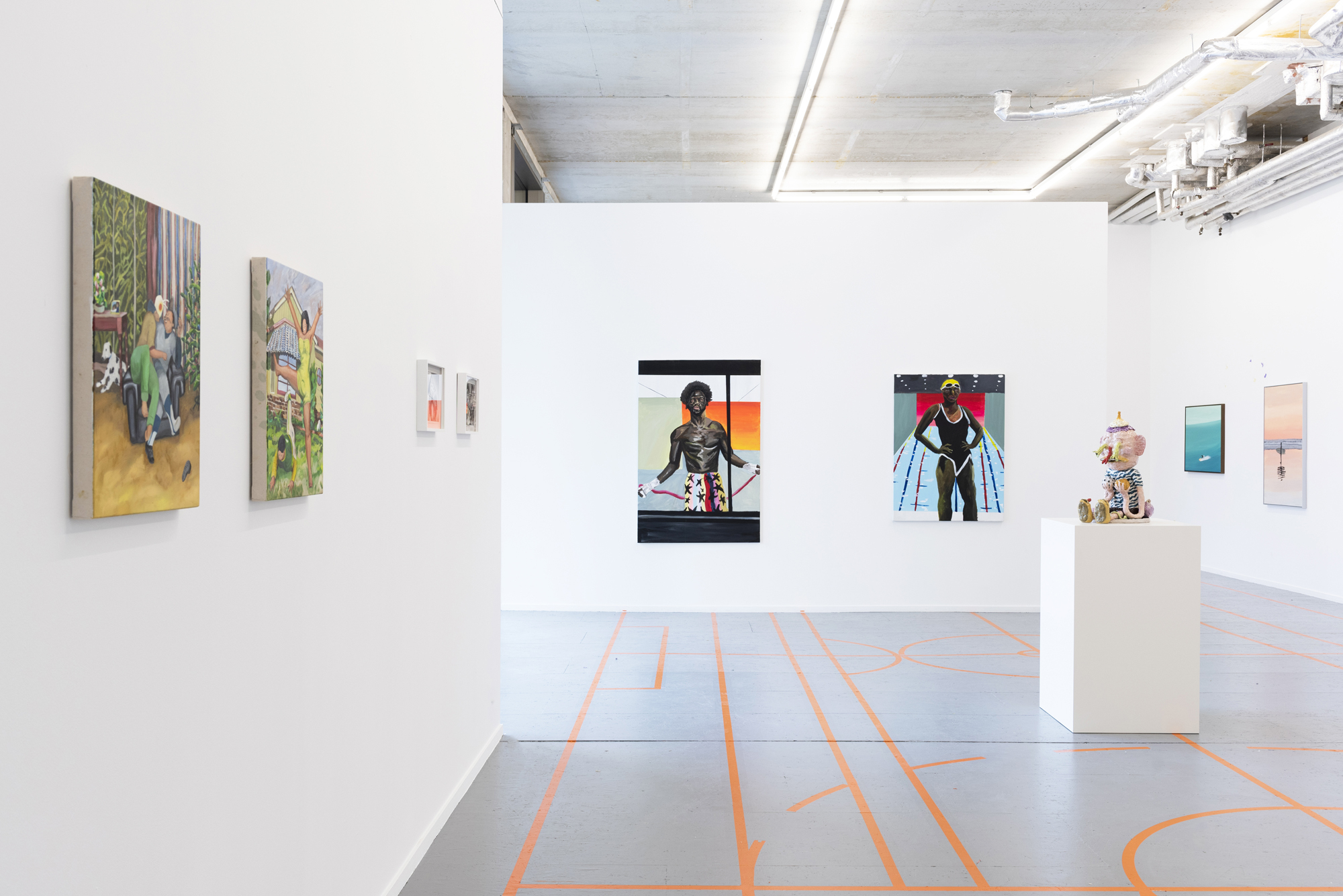 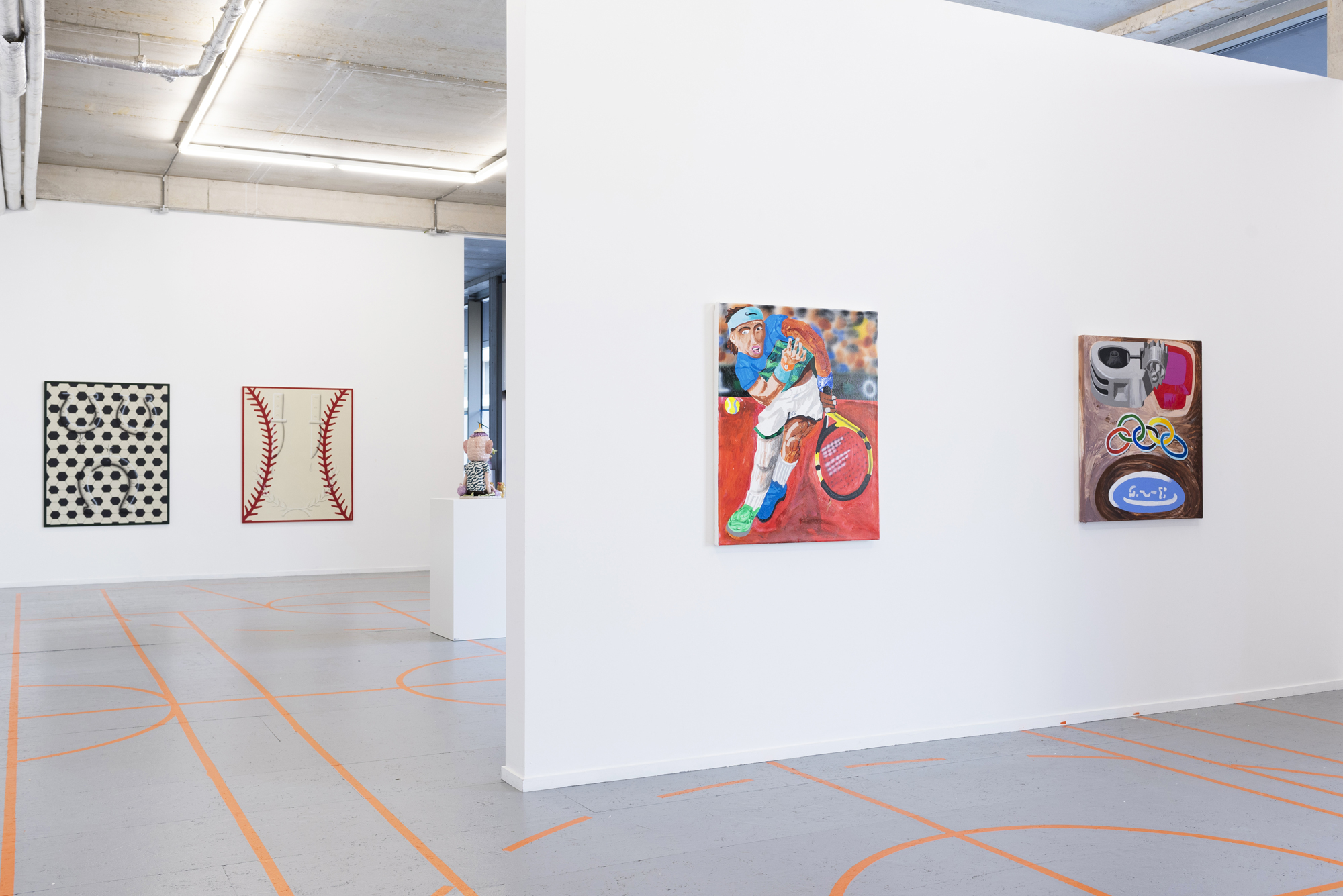 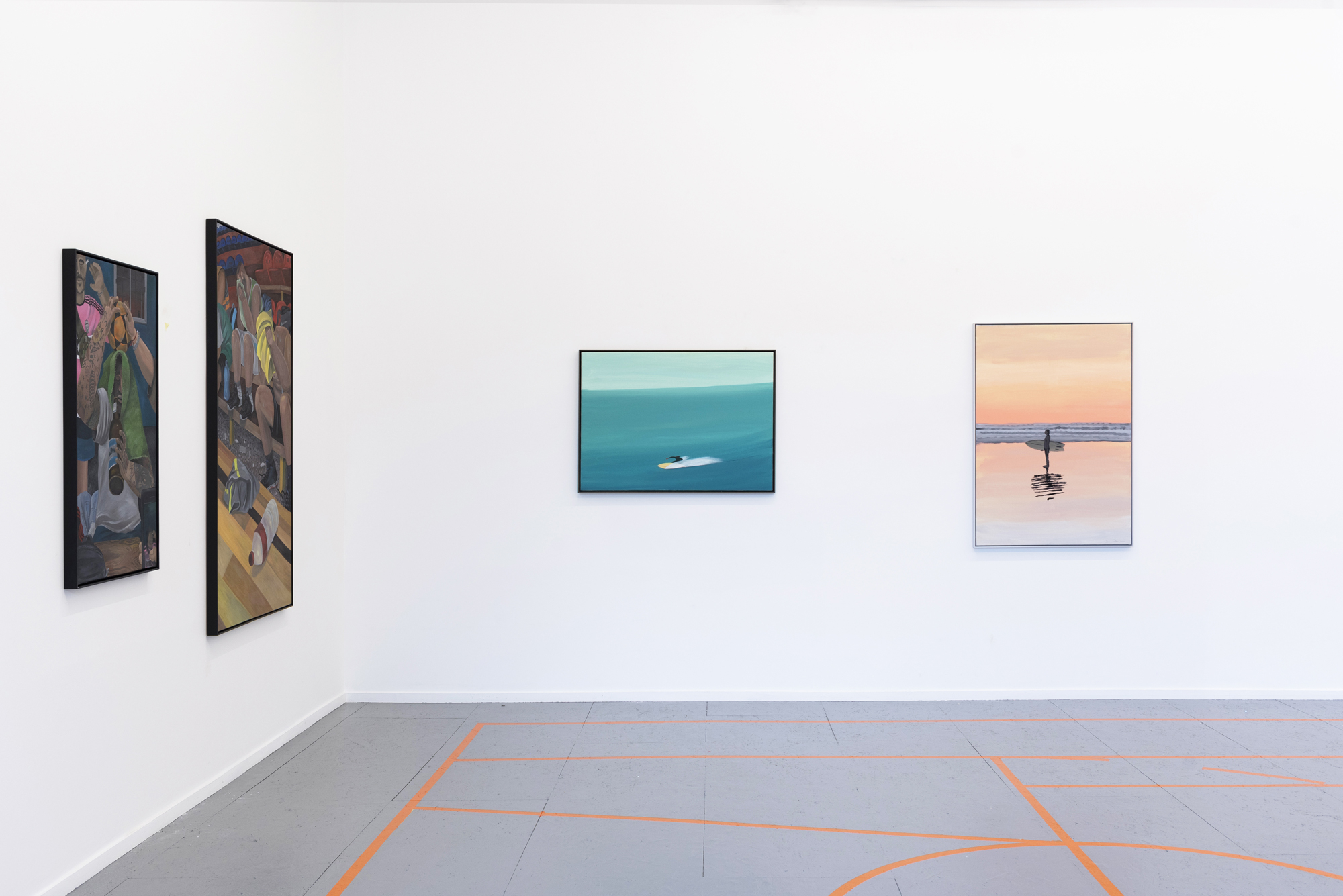 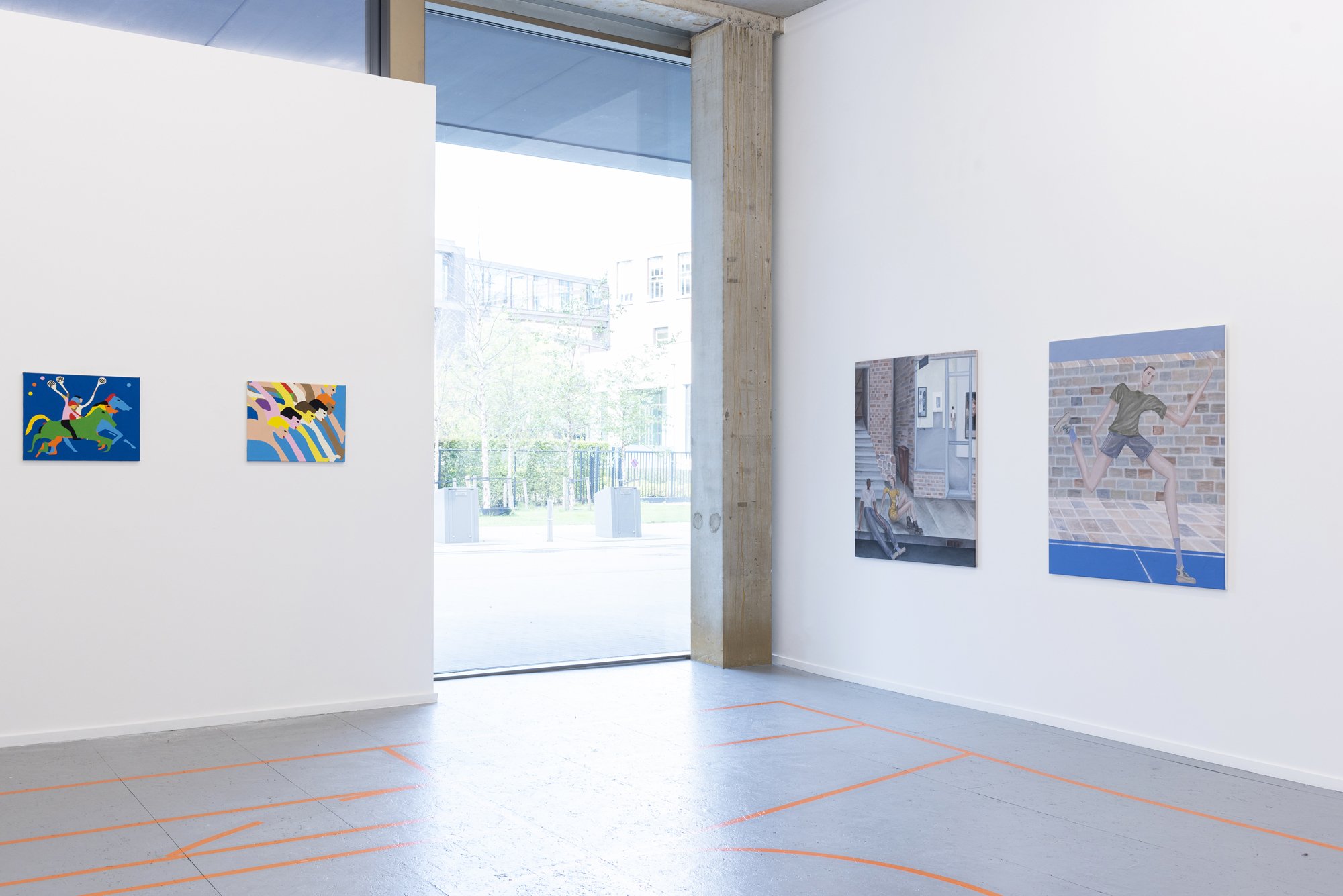 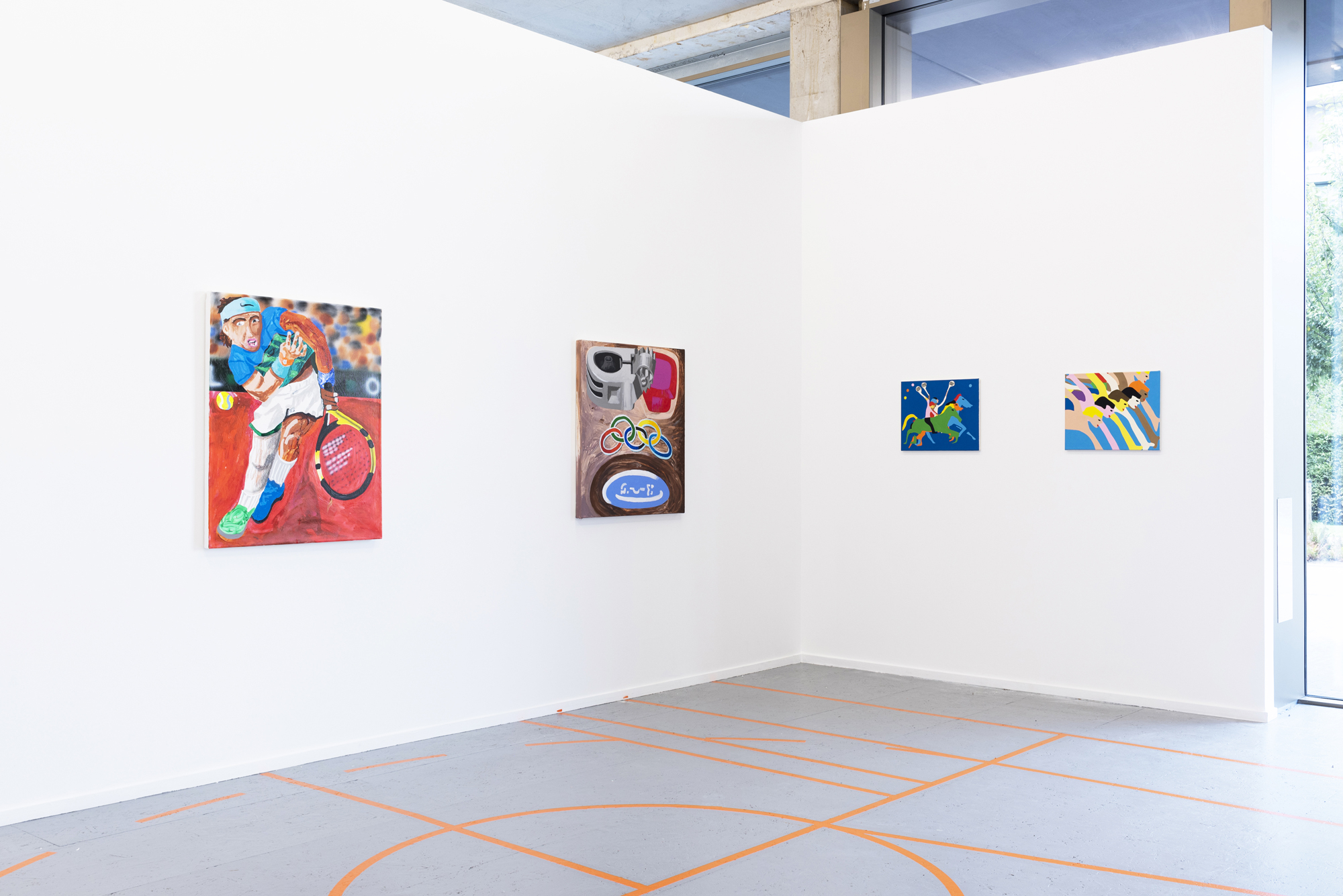 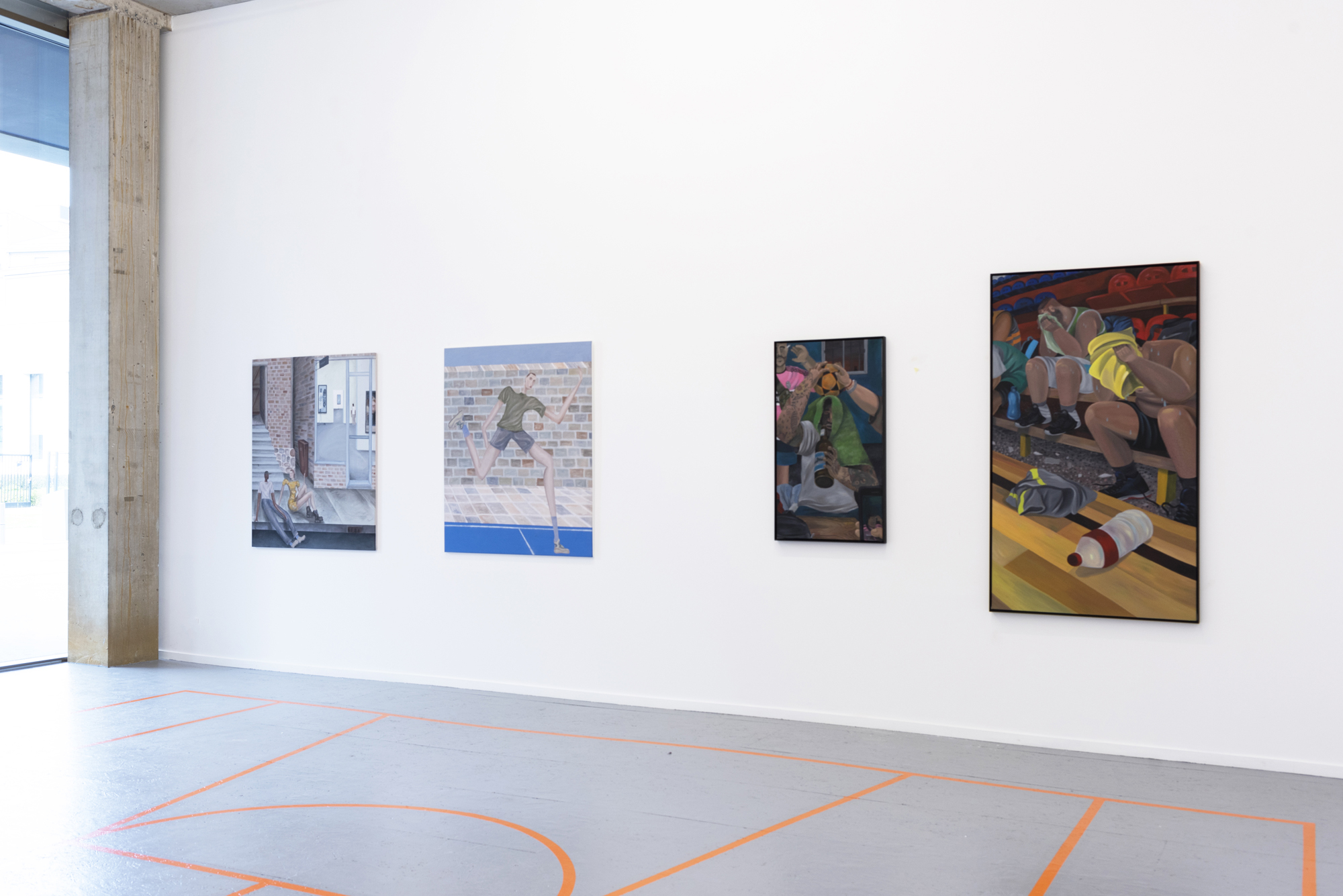 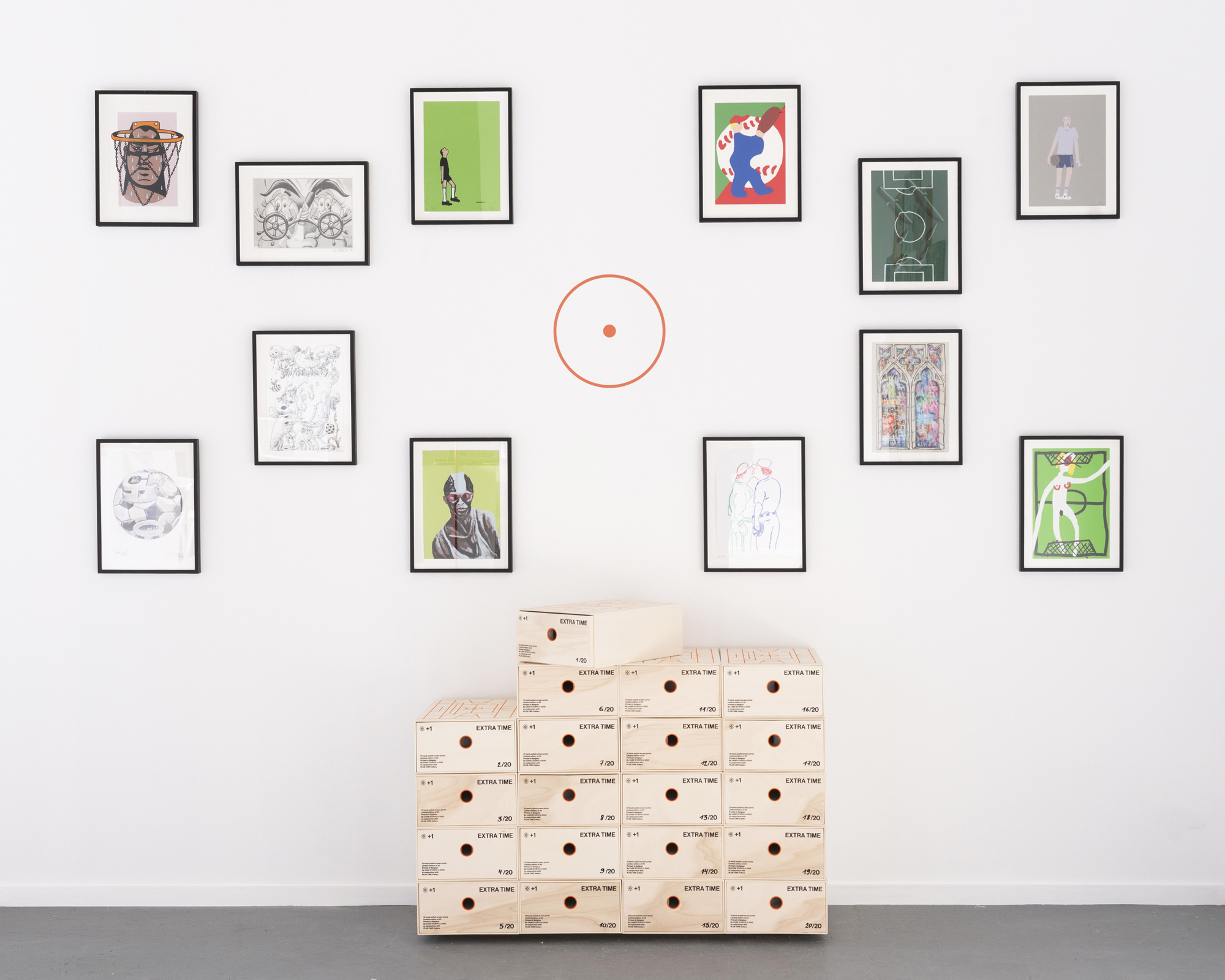 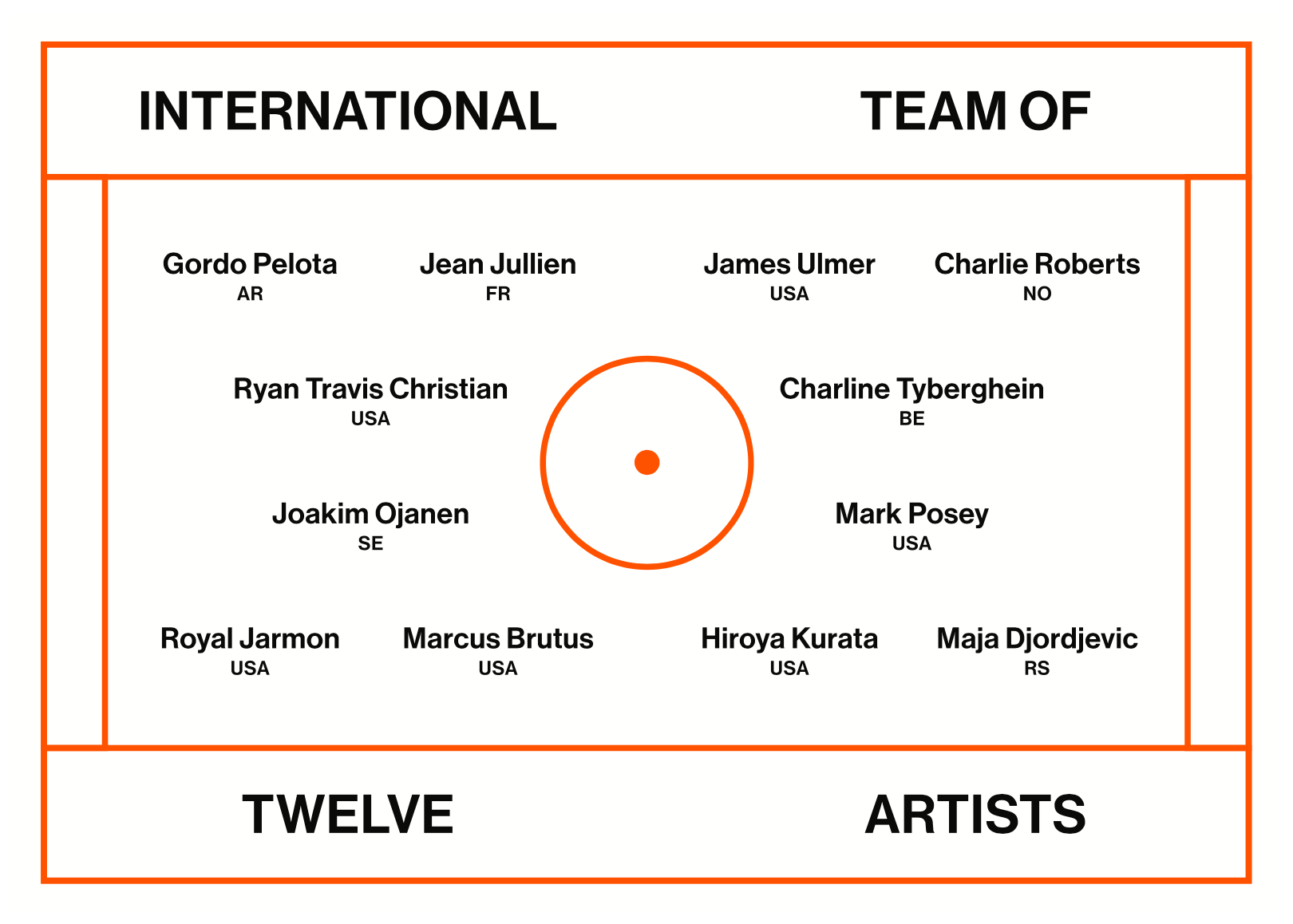 After a worldwide ‘pause’ PLUS-ONE Gallery teams up with CASE STUDYO and relaunches its gallery season with ‘EXTRA TIME, a group exhibition with a strong focus on sports.

This international group show looks from various angles at the different roles of sport in our society with its visual language of colors and formations.

The human body has been a focus point in art throughout history. The sculpted male torso, streamlined by athletics or gymnastics, is the ideal image. Michelangelo’s David, for example, with his ripped washboard abs, is the result of an artist spending day-on-end time toning those muscles out of marble. Similarly, sport sculpts the human body. It’s the ultimate physical achievement.

Like bodybuilders sculpting their flesh and artists sculpting their marble torso’s ‘EXTRA TIME investigates how the cultural and sexual norms in sport and art can define one’s body and identity. How do you determine your own image? How do you sculpt an image of yourself. The exhibition literally reenacts a playing field, puts artists opposite of each other but also joins them in a team. Individuality faces team spirit. The exhibition makes the emotions of the game tangible; heroics, pugnacity, humiliation and desperation, but also tactical and effortless concentration

Top atlethes are our modern-day heroes. They relieve our need for solidarity and unite our multiple individualities in a common intoxication. Sports provide identity, pride and emotion. As a spectator, you don’t need to understand every rule, you can easily get lost in the overall thrill. The sportsman’s fixation remains on the goal, simple and clear, good or bad. The show is a loving analysis of the game. It’s a celebration of achievements, sometimes mathematical and technical, other times unexpectedly wild.

This group exhibition displays the balanced game between watching and being watched, the spectator culture vs the achievement-oriented society. The distinction between the objective measurable and the subjective quality of the human ability. ‘EXTRA TIME’ creates a universal playground, but foremost it’s a way to reinvent the game.