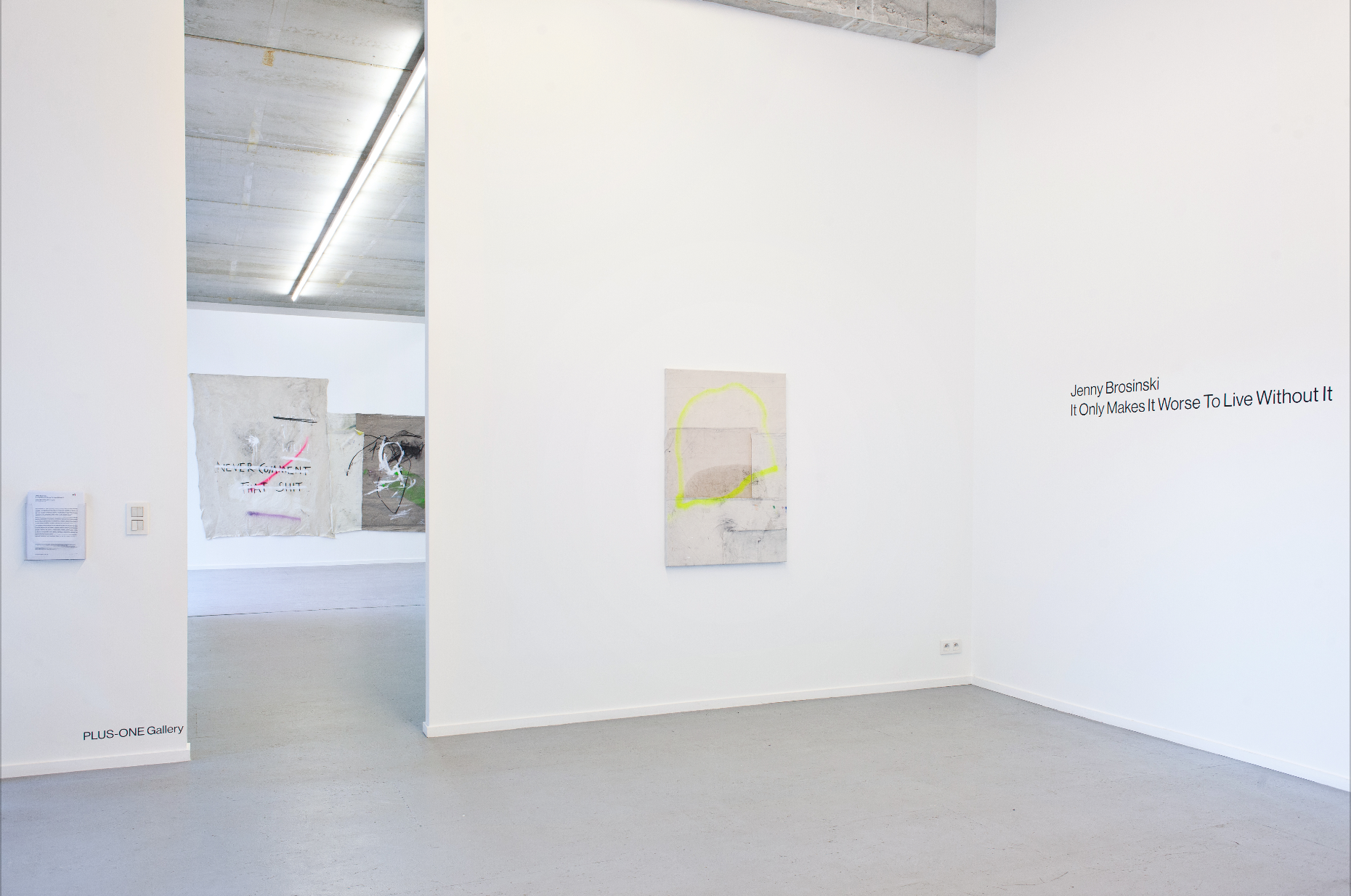 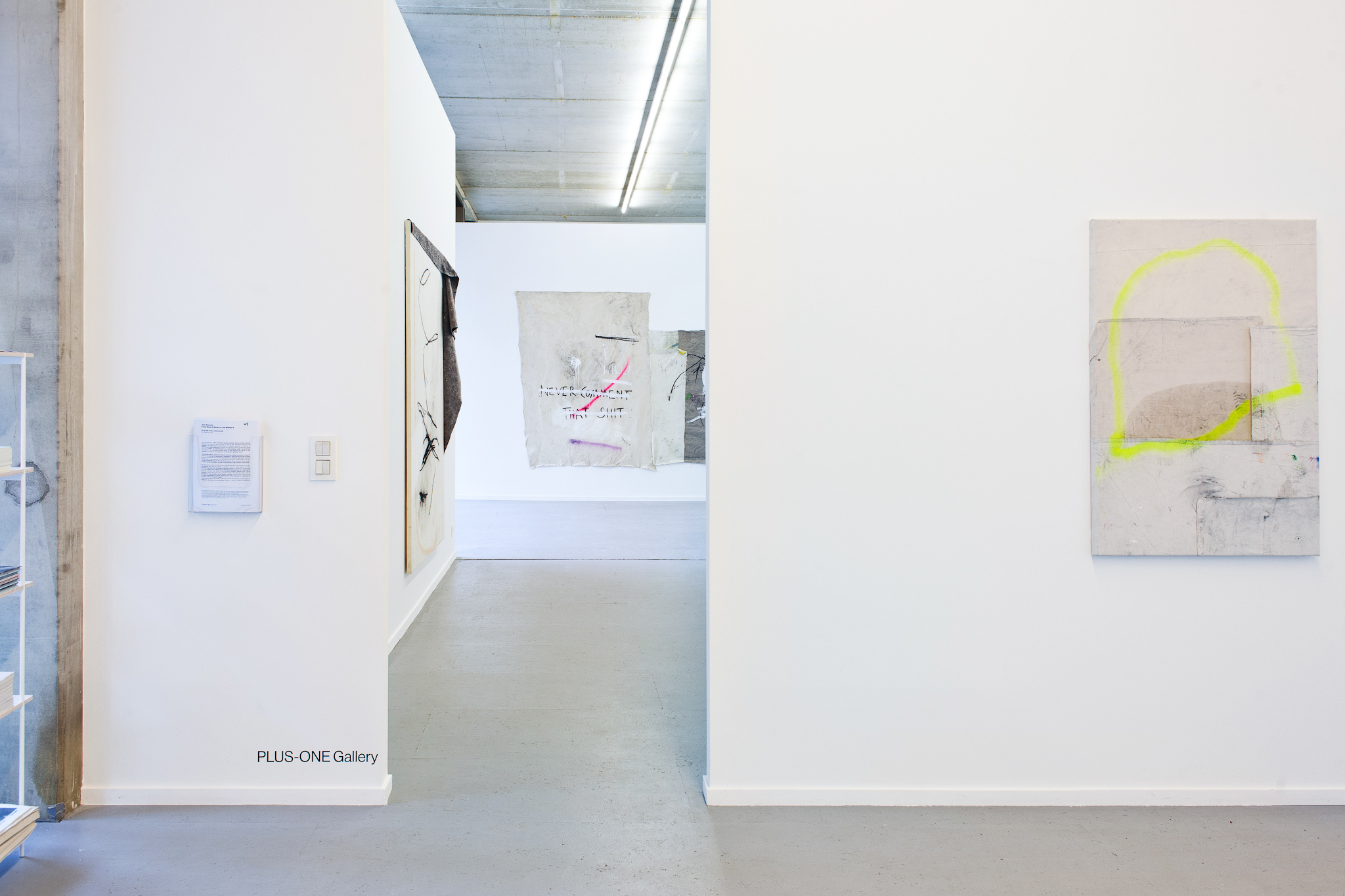 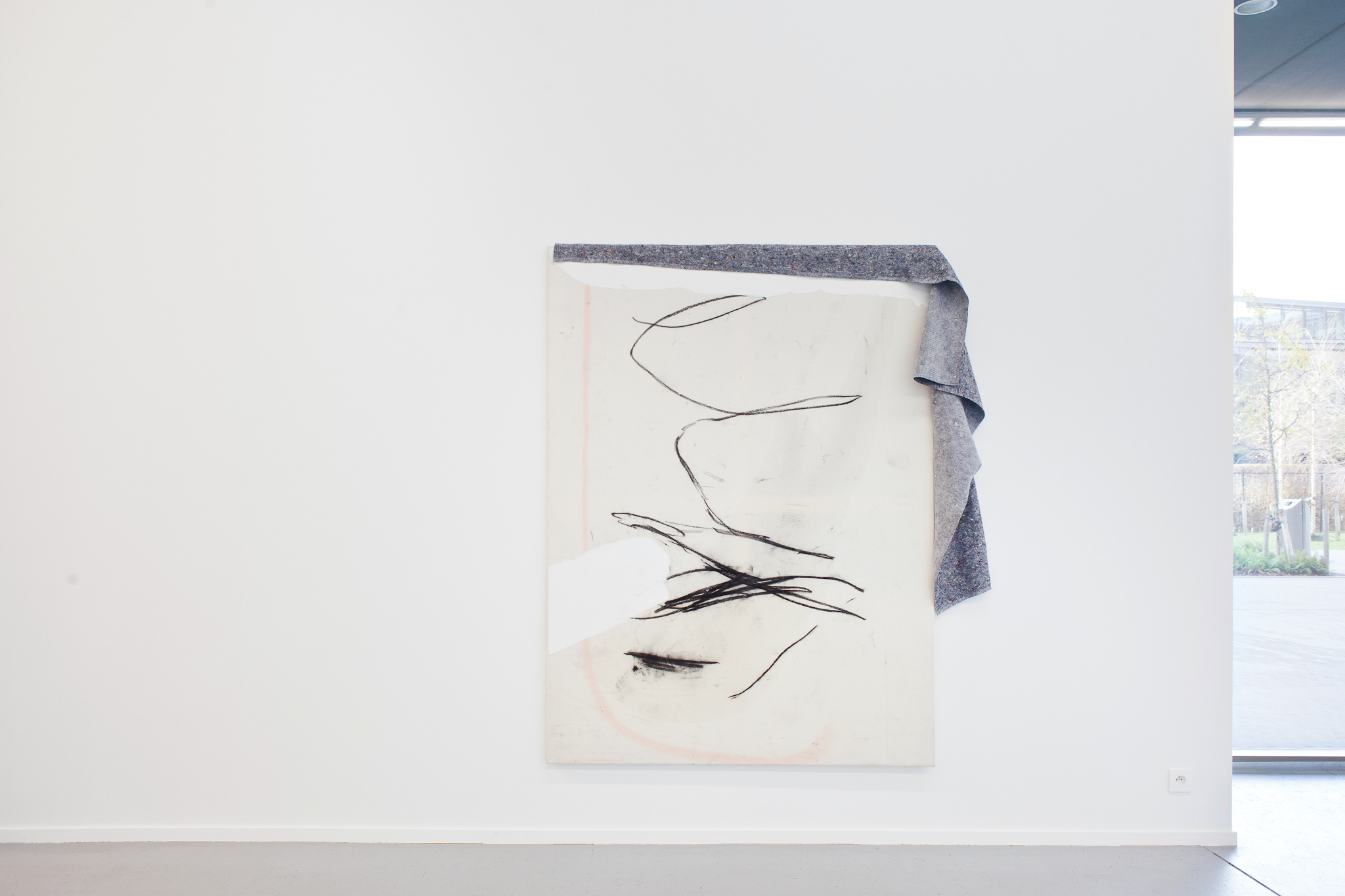 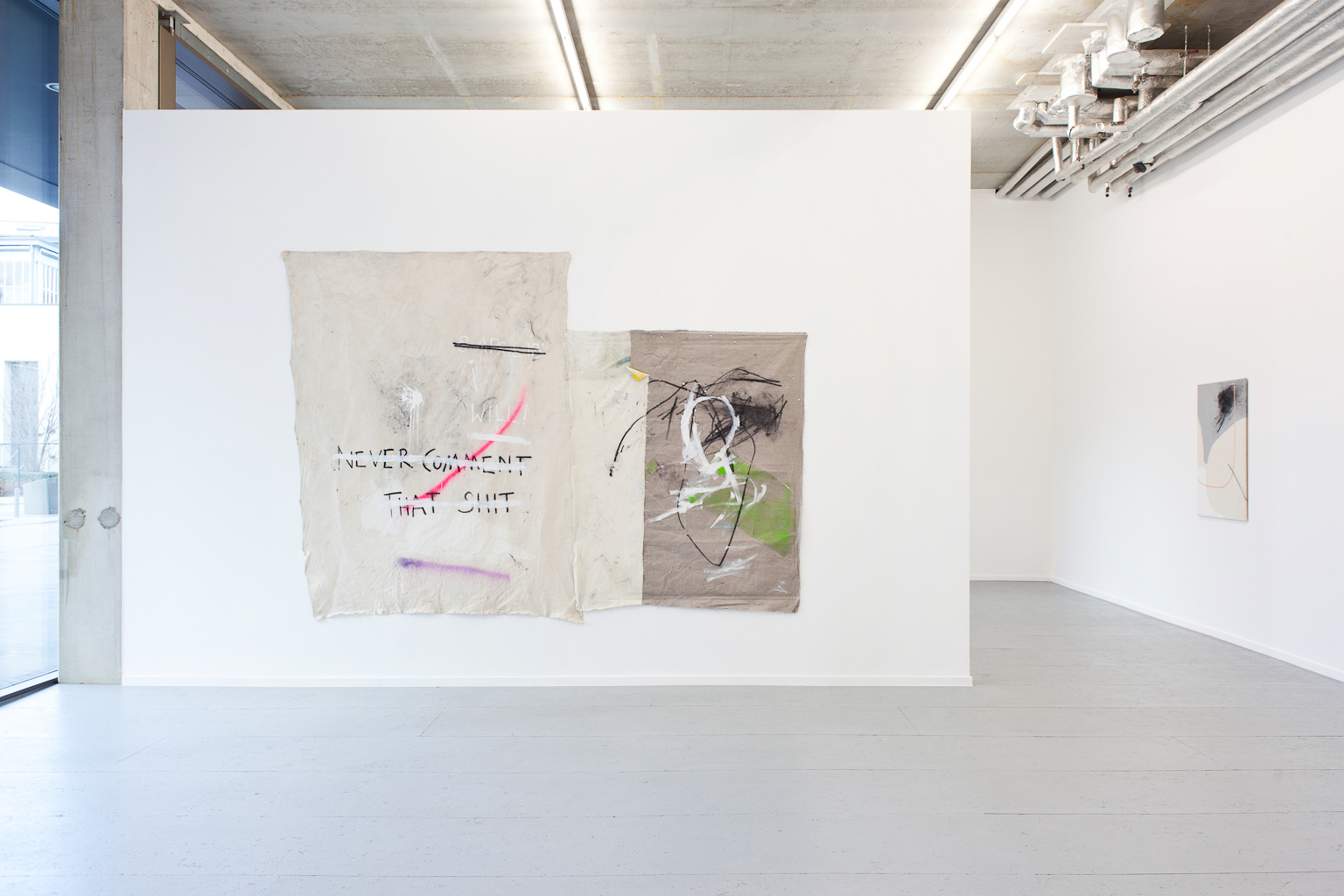 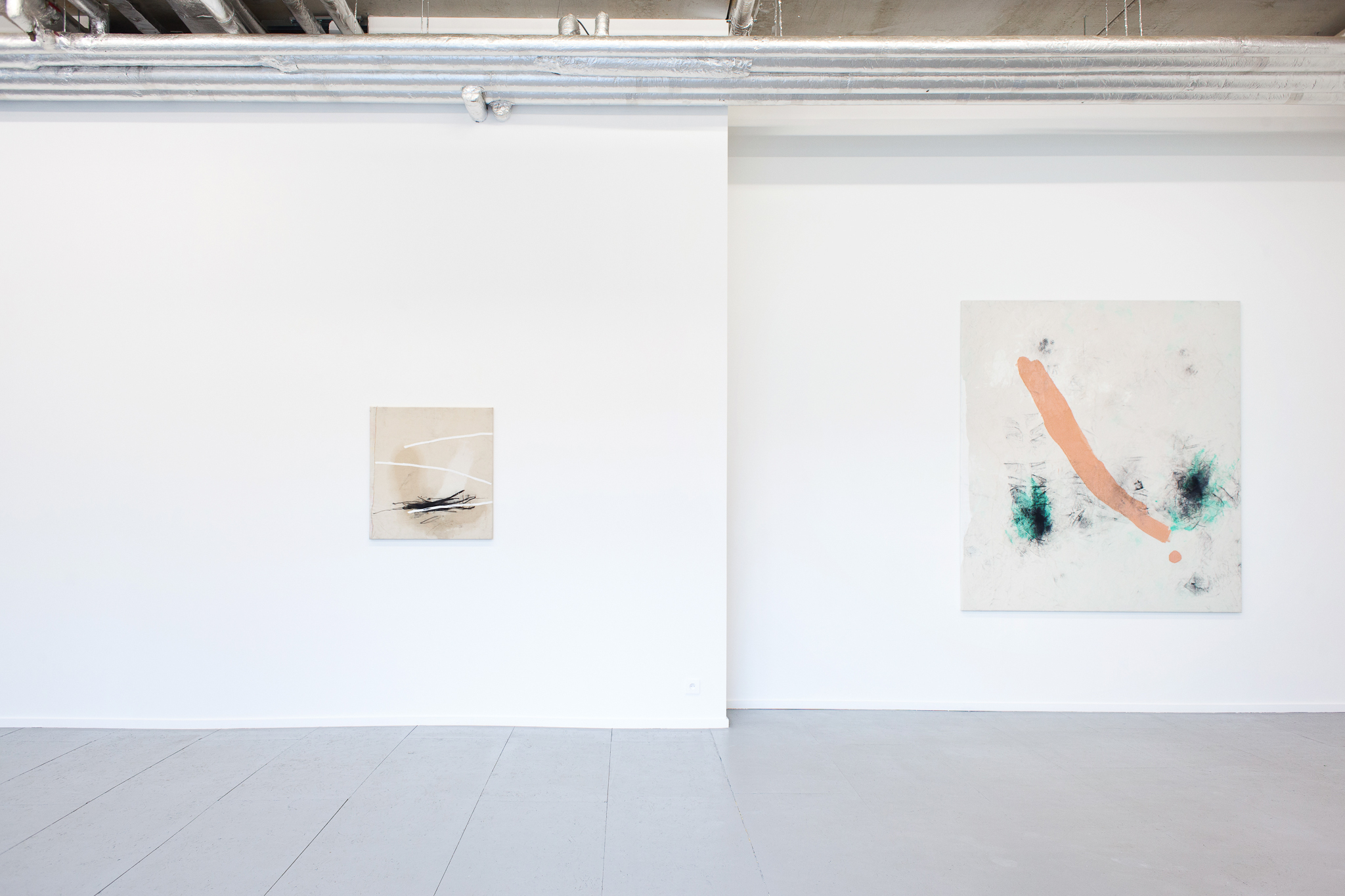 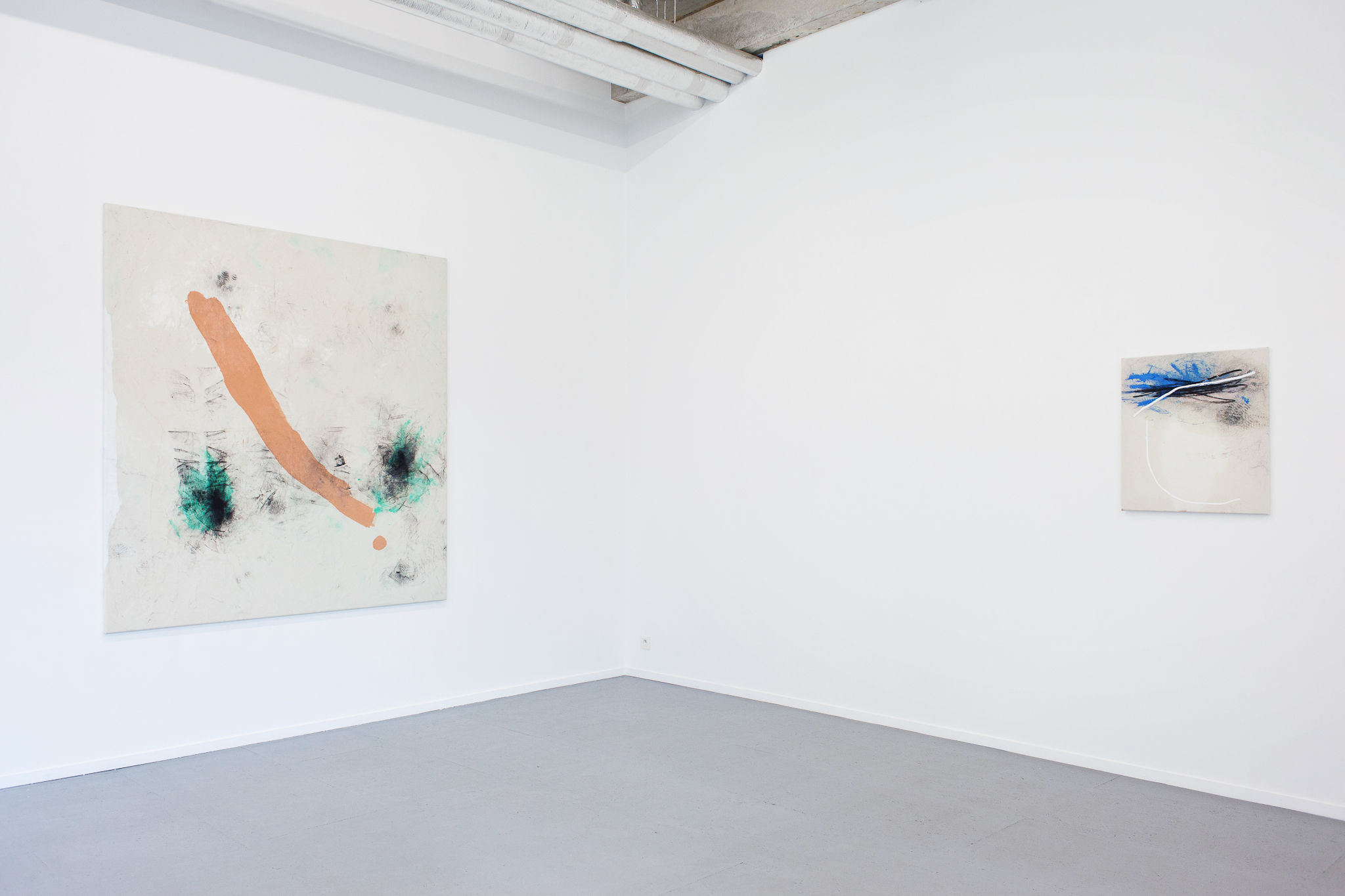 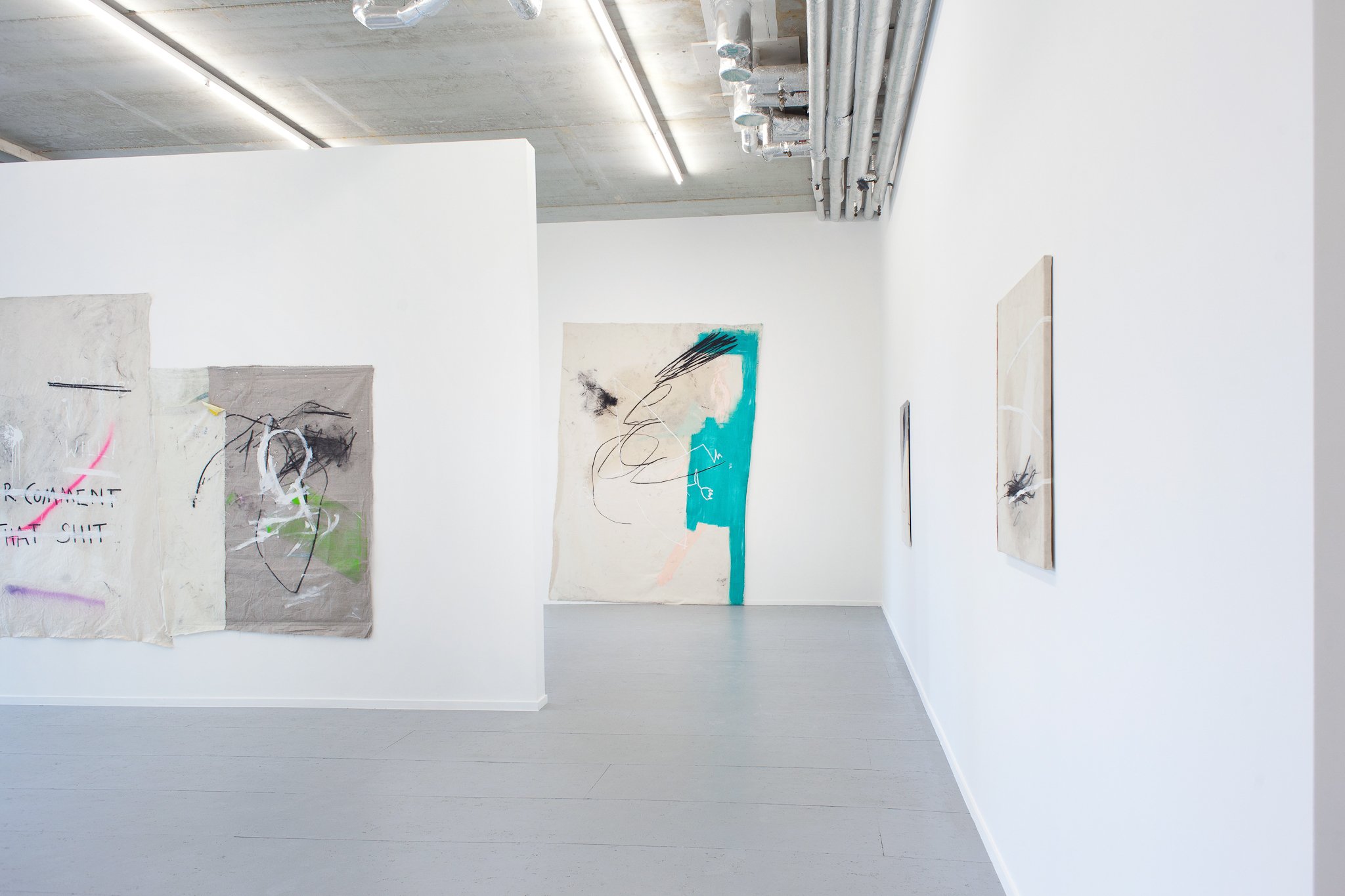 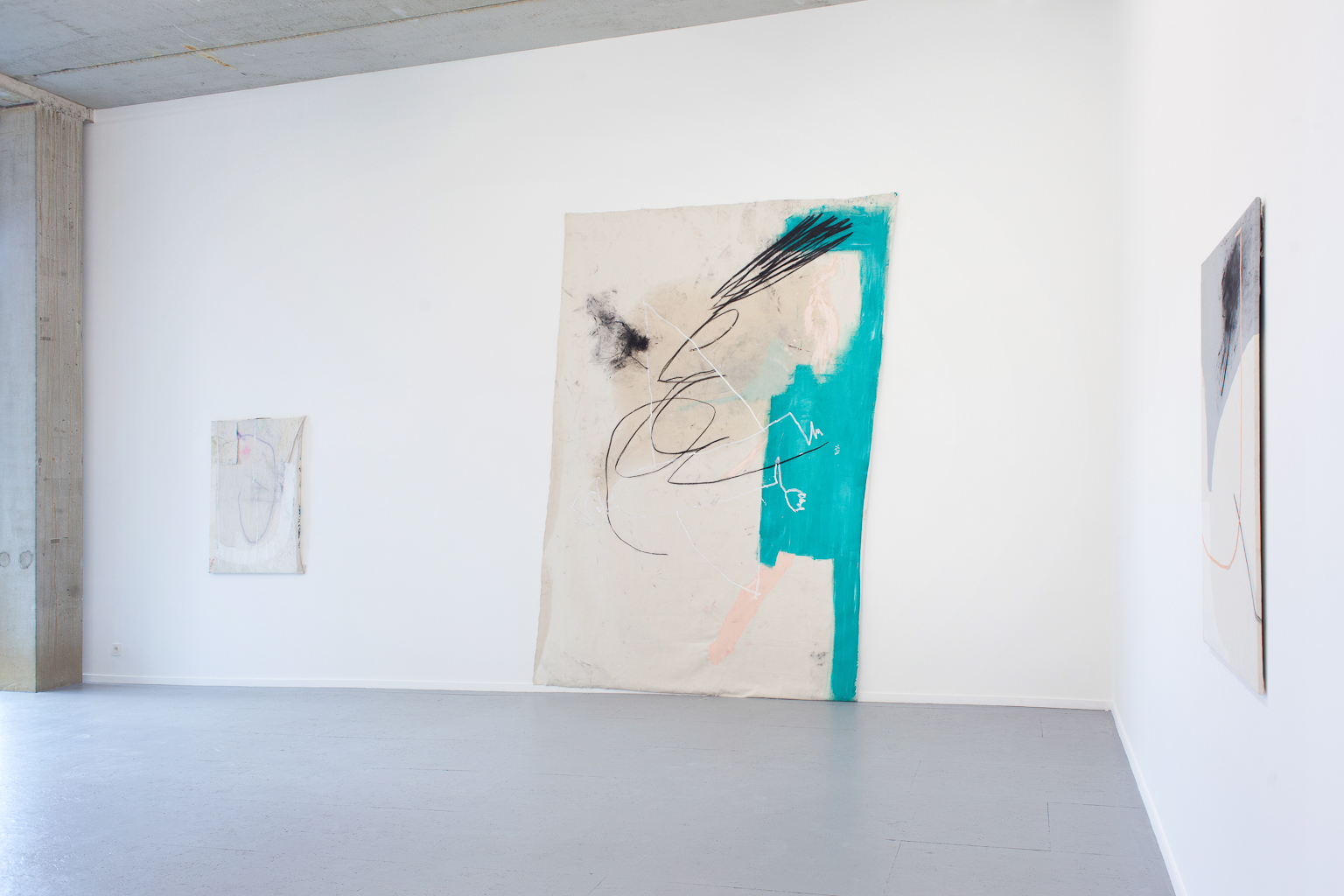 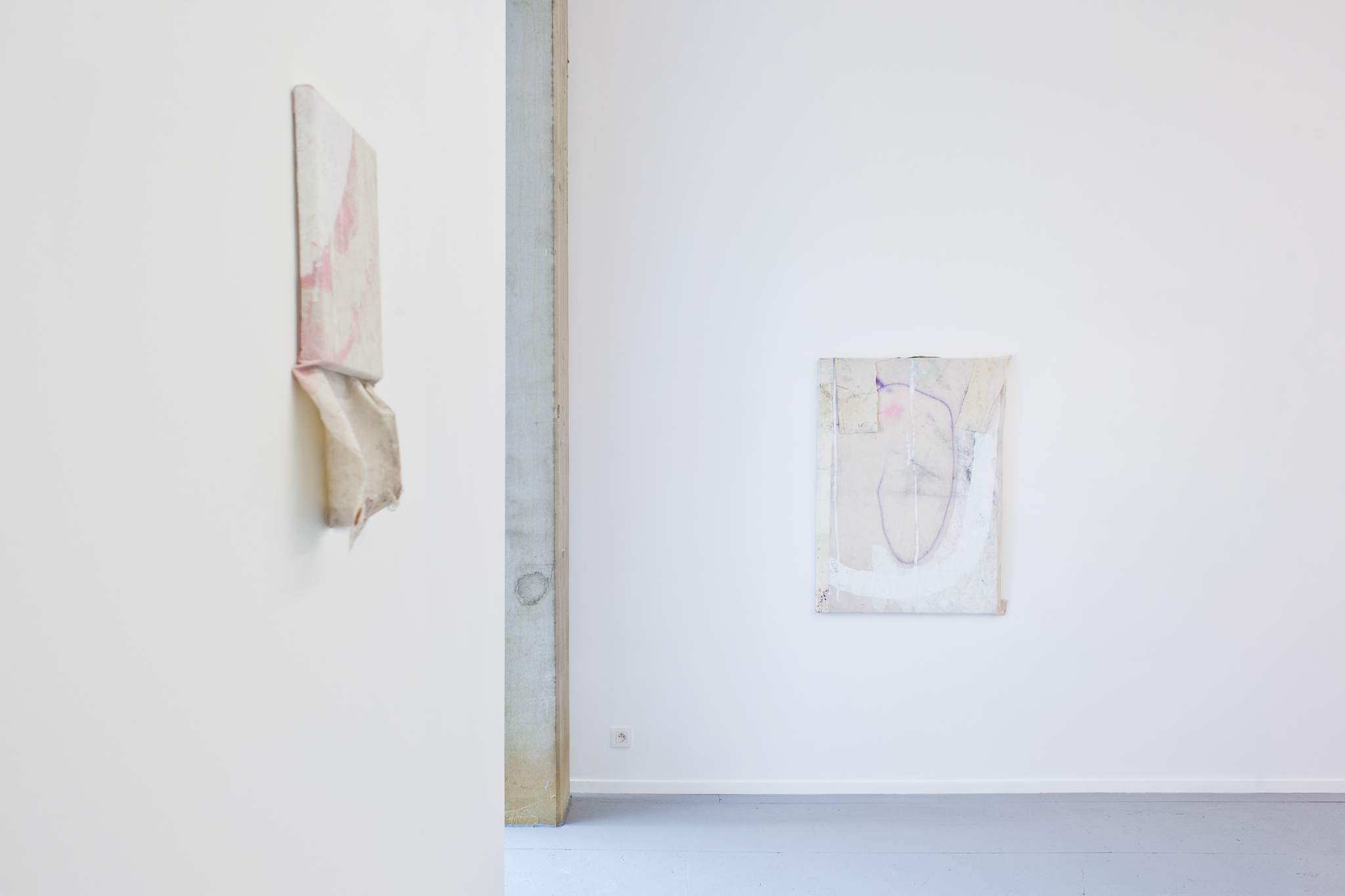 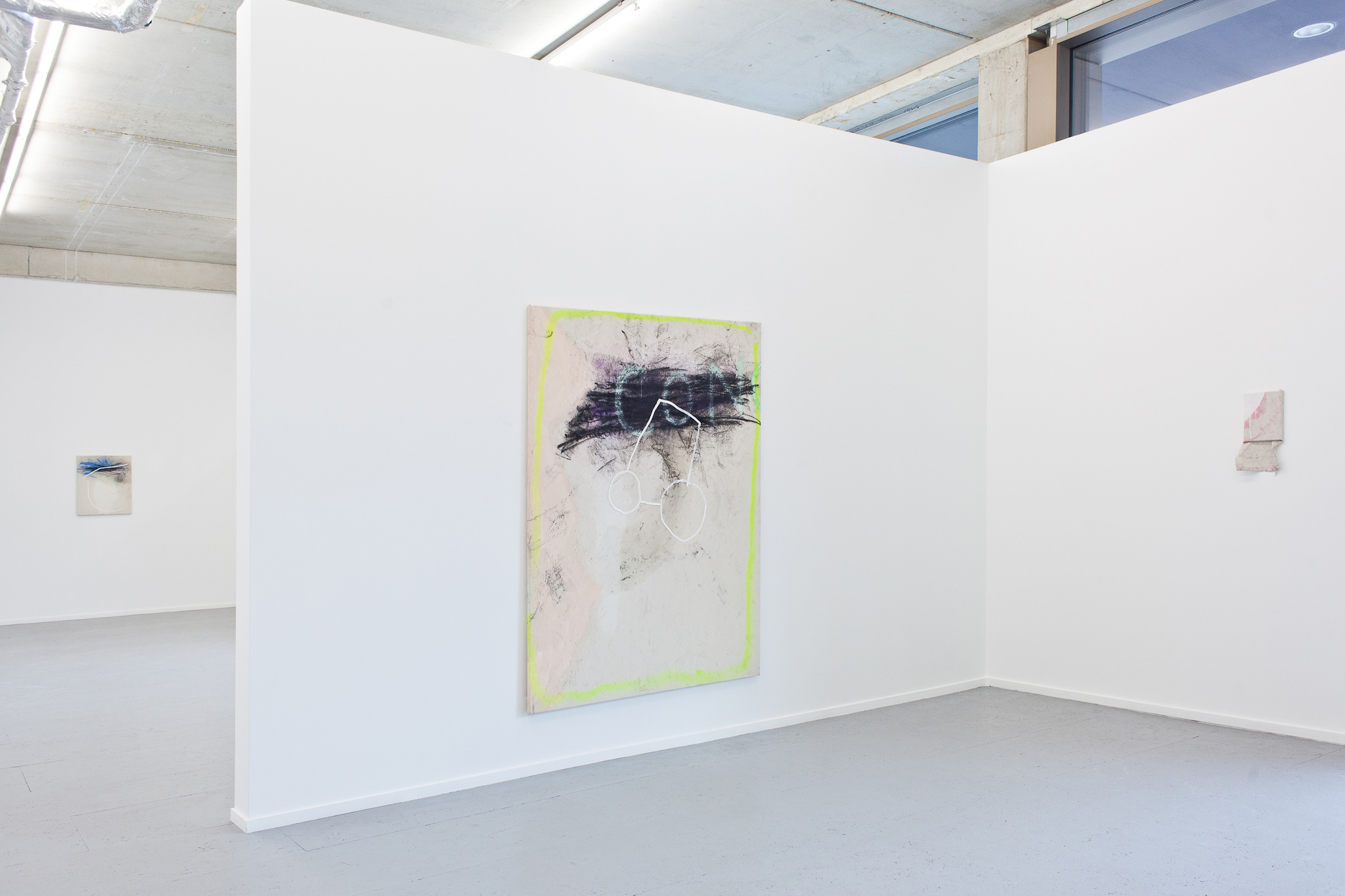 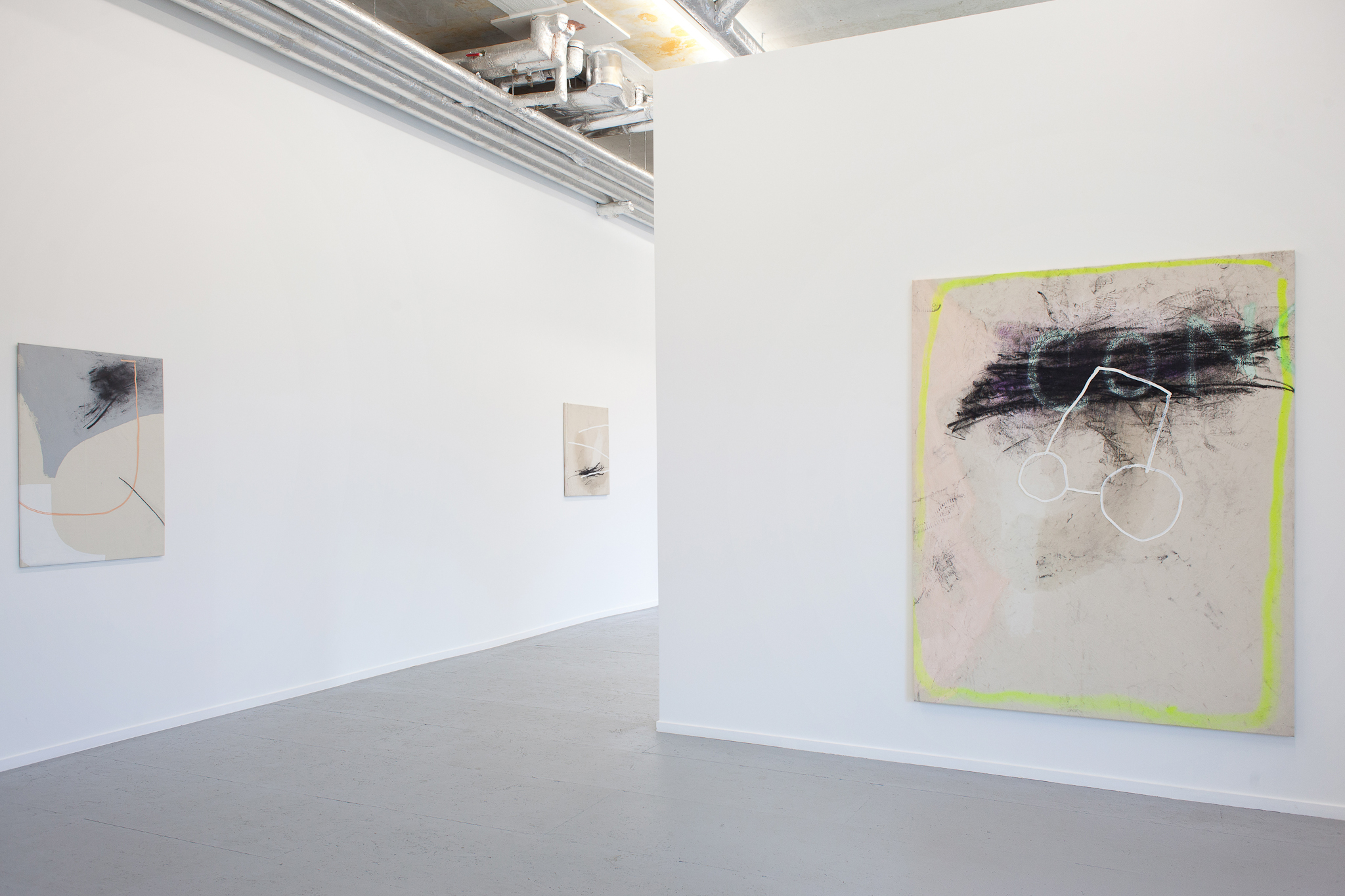 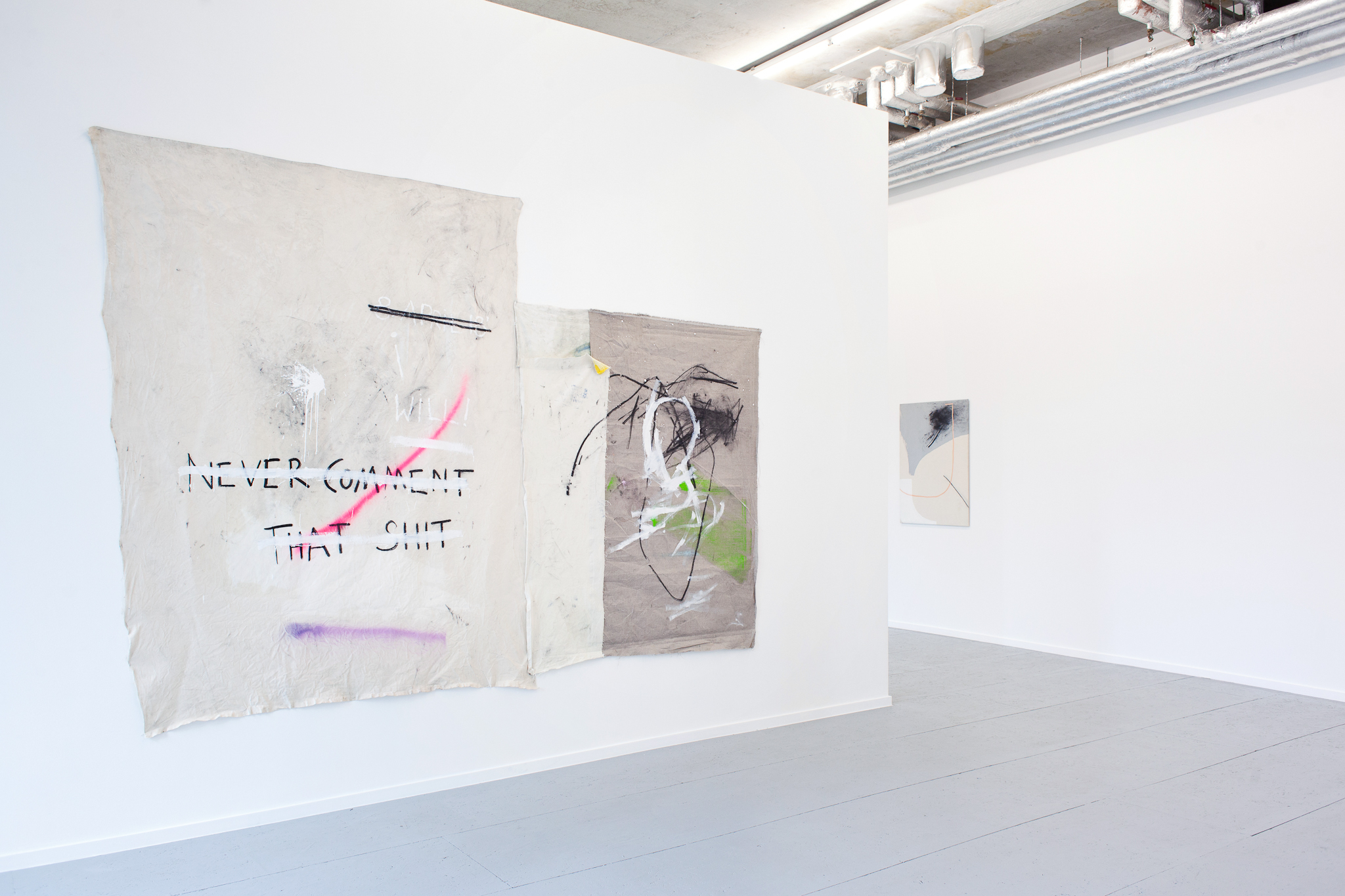 Process and materiality, one could say, are Jenny Brosinski's main interests. The result of her painterly activity could be described as expressionist… or "maybe it's a kind of neo-expressionist minimalism? ;-)" as the artists once put it herself ironically. In truth, she does not like to think in categories at all. She creates a very modest and personal visual language, in which the surface of the canvas plays a leading role.

Brosinski's working flow consists for a large part in contemplation, but is divided into different phases for each painting. She is always working on several canvasses at the same time. Everything is constantly in motion. Her works are often compared to automatic writing, but on closer consideration seem almost the opposite. Indeed, she creates the marks in a fast flow, but only to look back critically afterwards. Her work always maintains a certain lightness. The spontaneous, often bright yellow and pink, interventions do not have a fixed or clear-cut meaning, but are certainly never banal, arbitrary, or aggressive. One could say they are kind gestures, signs in a search for communication.

The minimal application of marks to the often-untreated surface of the canvas emphasizes its texture and materiality. Brosinski sometimes takes her paintings to the laundromat, where they are washed and briefly surrendered to coincidence: they shrink, the colours and the texture change. However, the artist considers the treatment of each painting individually - every work is the result of thorough contemplation and a series of conscious decisions. The artist allows for elements such as the washing machine to change her handwriting, only to find the opportunity to react to those changes again in a new way.

These methods could be interpreted as a basic deconstruction of conventional painting. She subtly challenges the status and essence of painting, in a contemporary and art-historical context. She symbolically tries to discard of her own ego as an artist, to let the momentum take over. The presentation of the works is equally a part of the creative process, during which Brosinski places the canvas on the floor, staples it to the wall, stretches it on a frame and releases it again, all dependent on the moment and her decisions based on awareness. This results in very different presentations. The canvas is sometimes stretched on a wooden framed, but often a part of it seems to try to escape, freeing itself from the rigidity of its frame. Sometimes, the canvas just lies on the floor, comfortable or awkward, but at least not forced into a conventional tension.