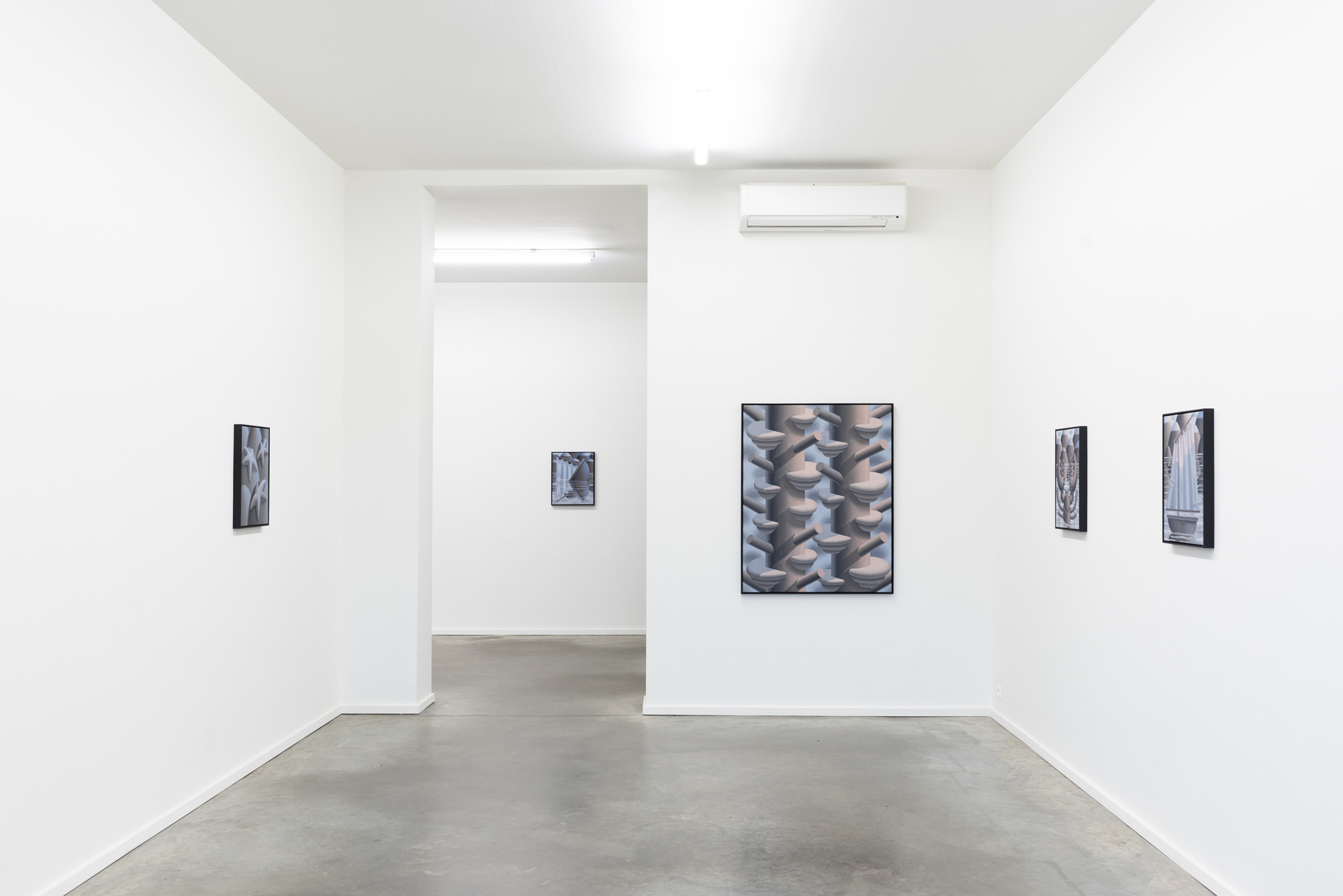 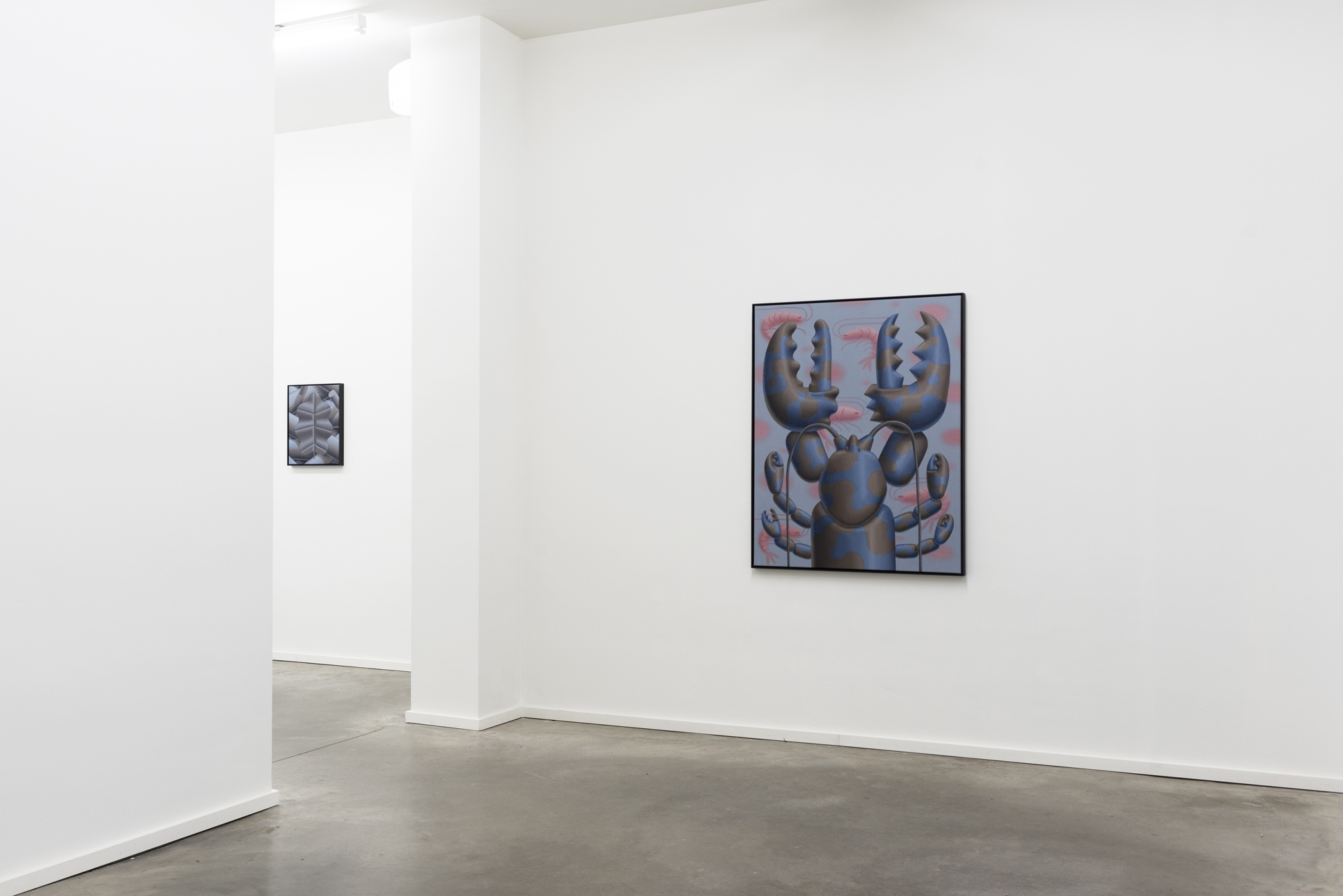 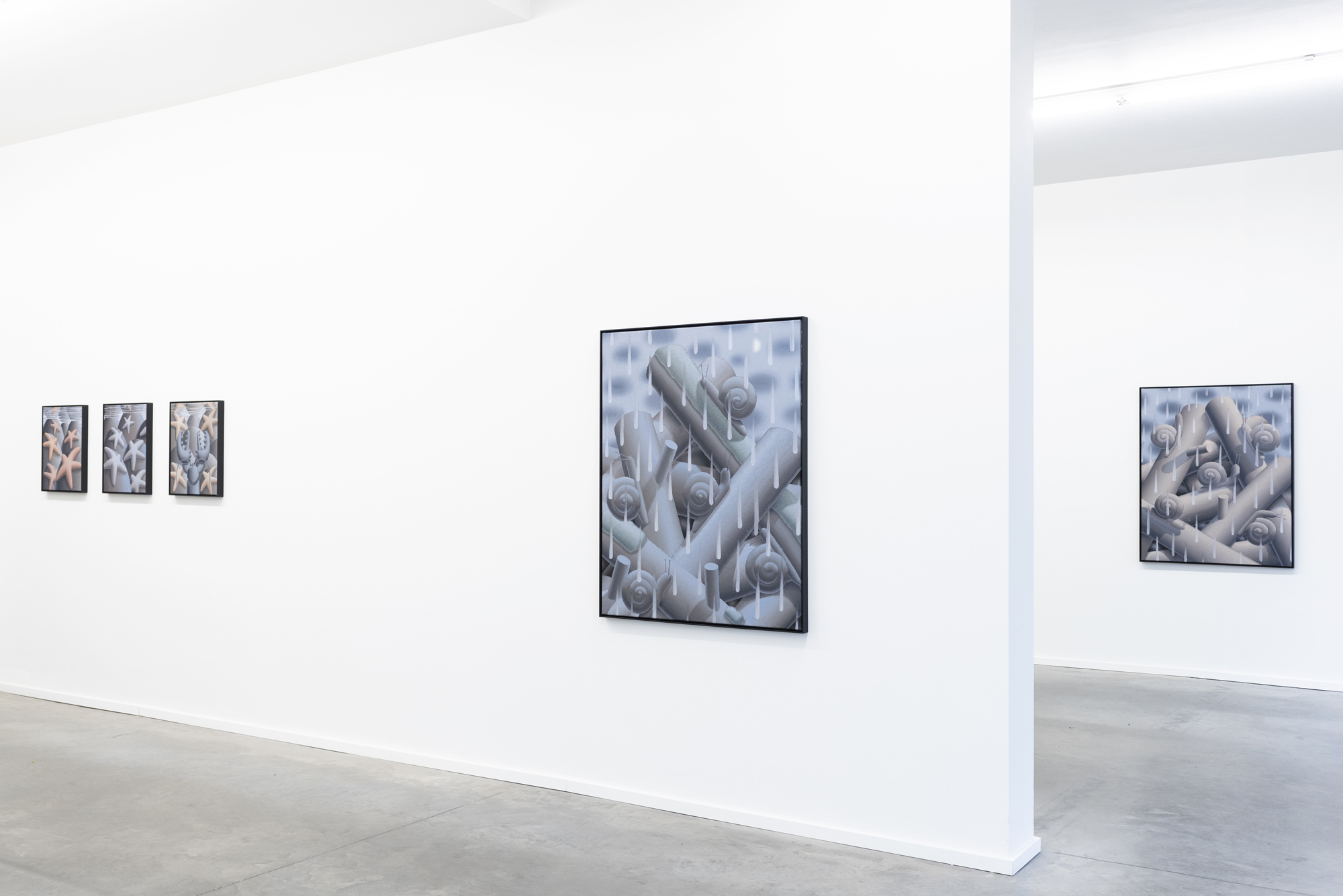 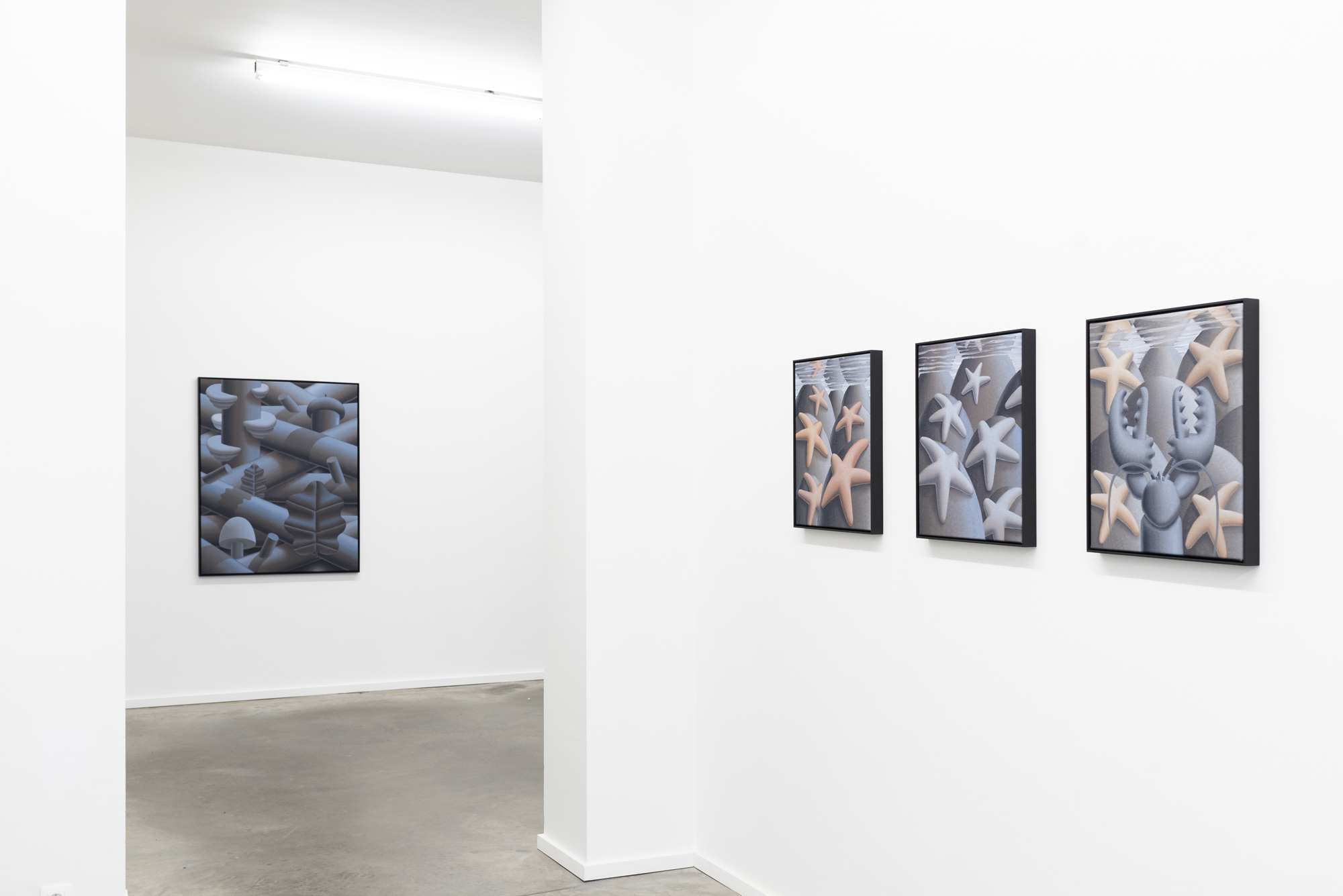 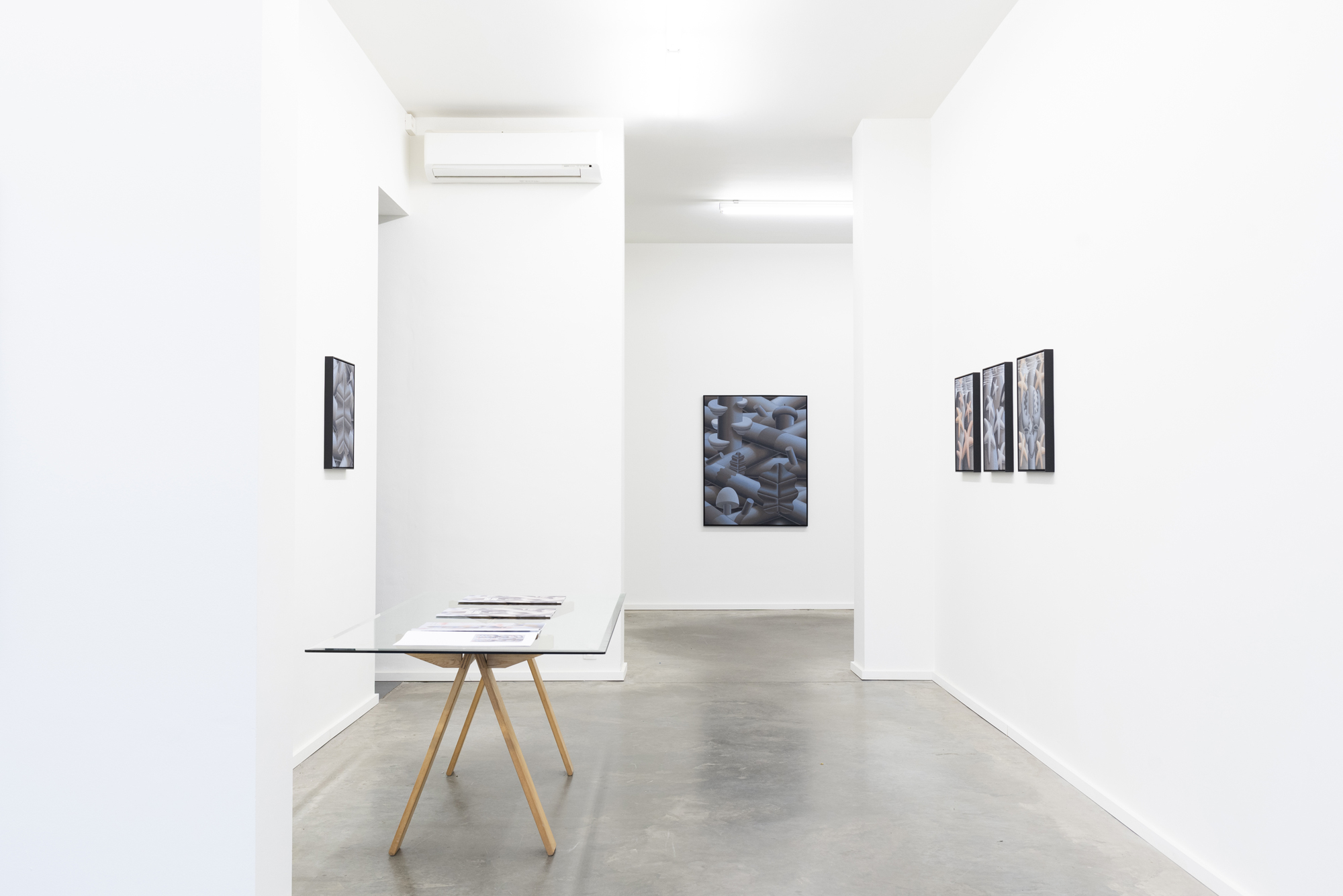 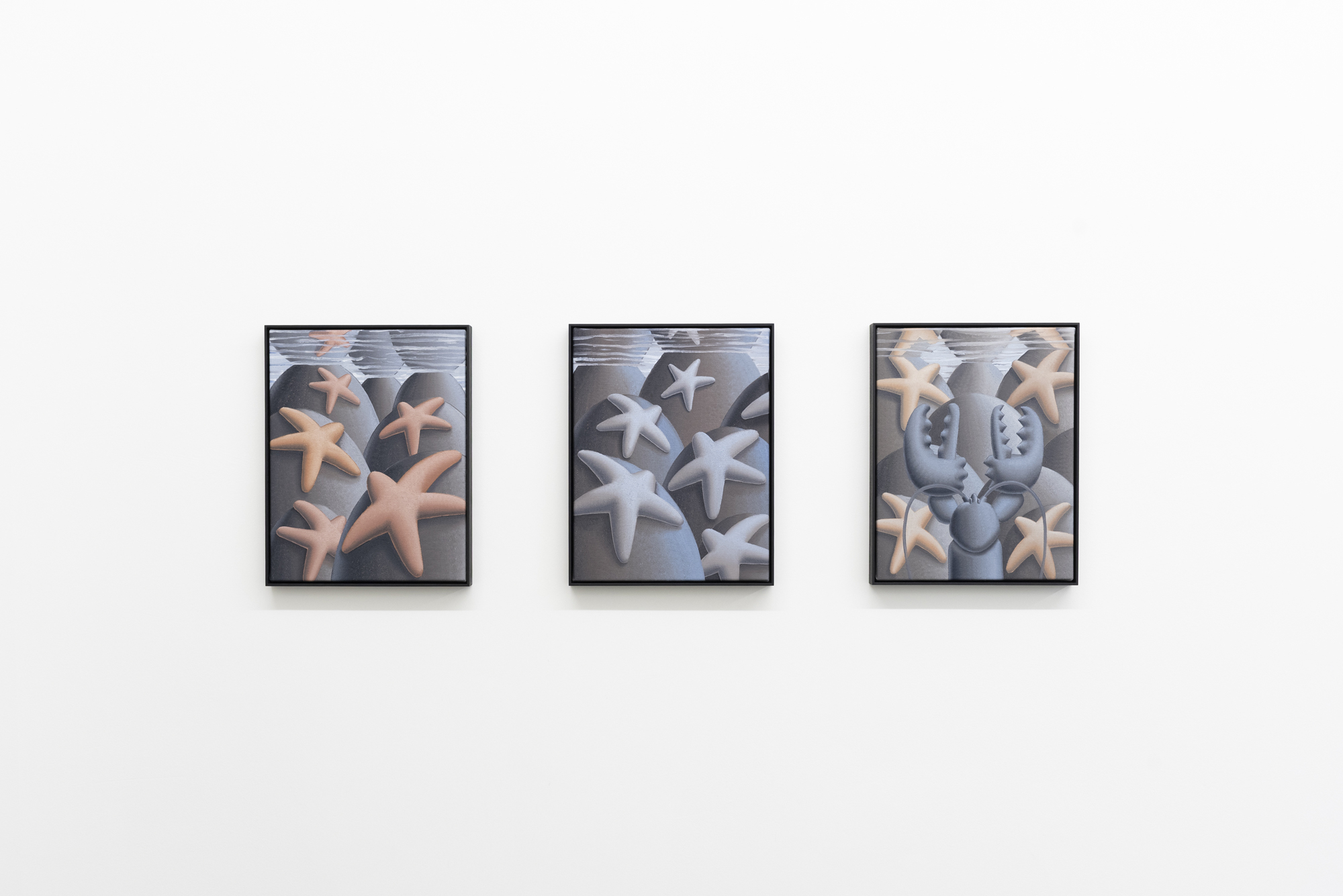 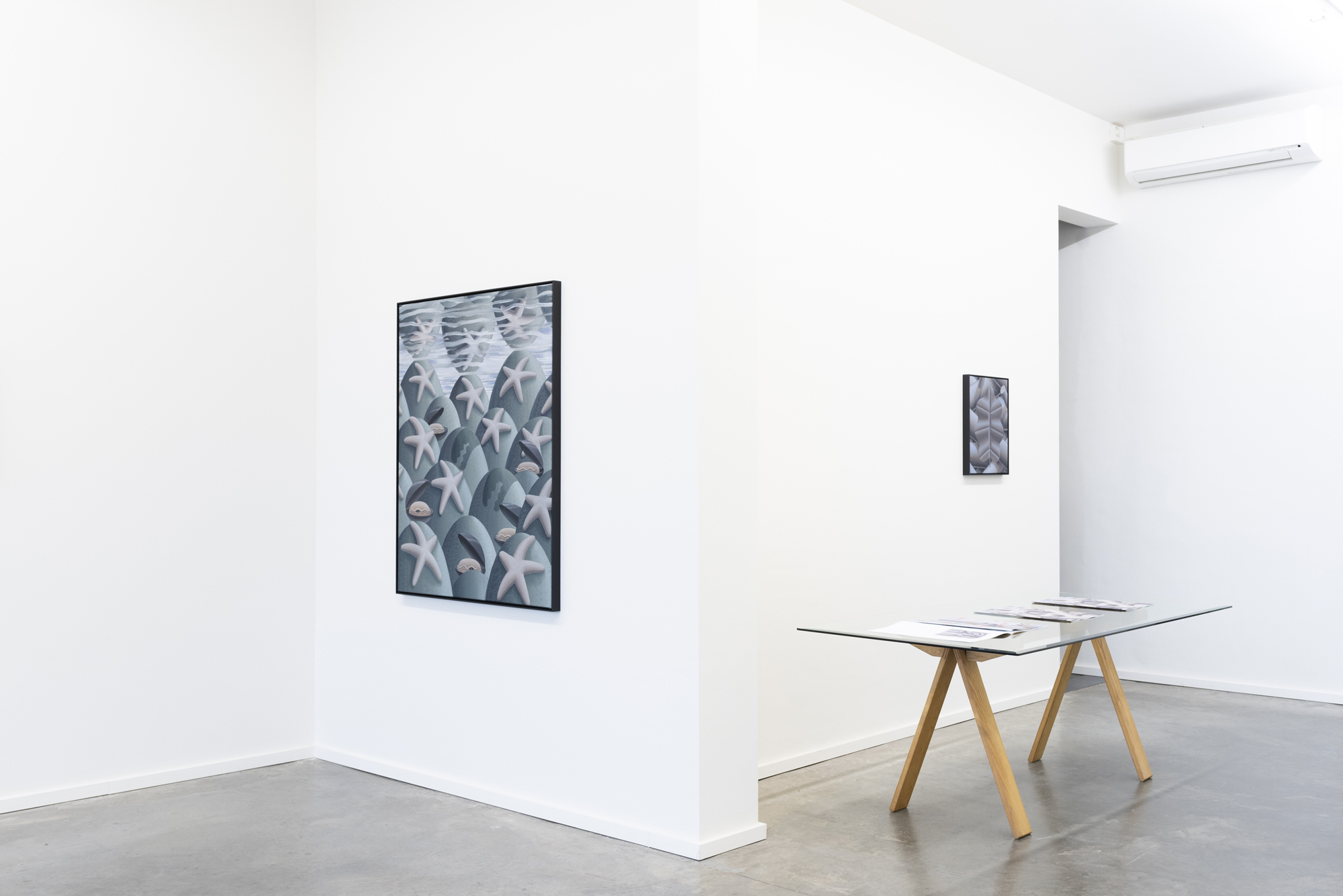 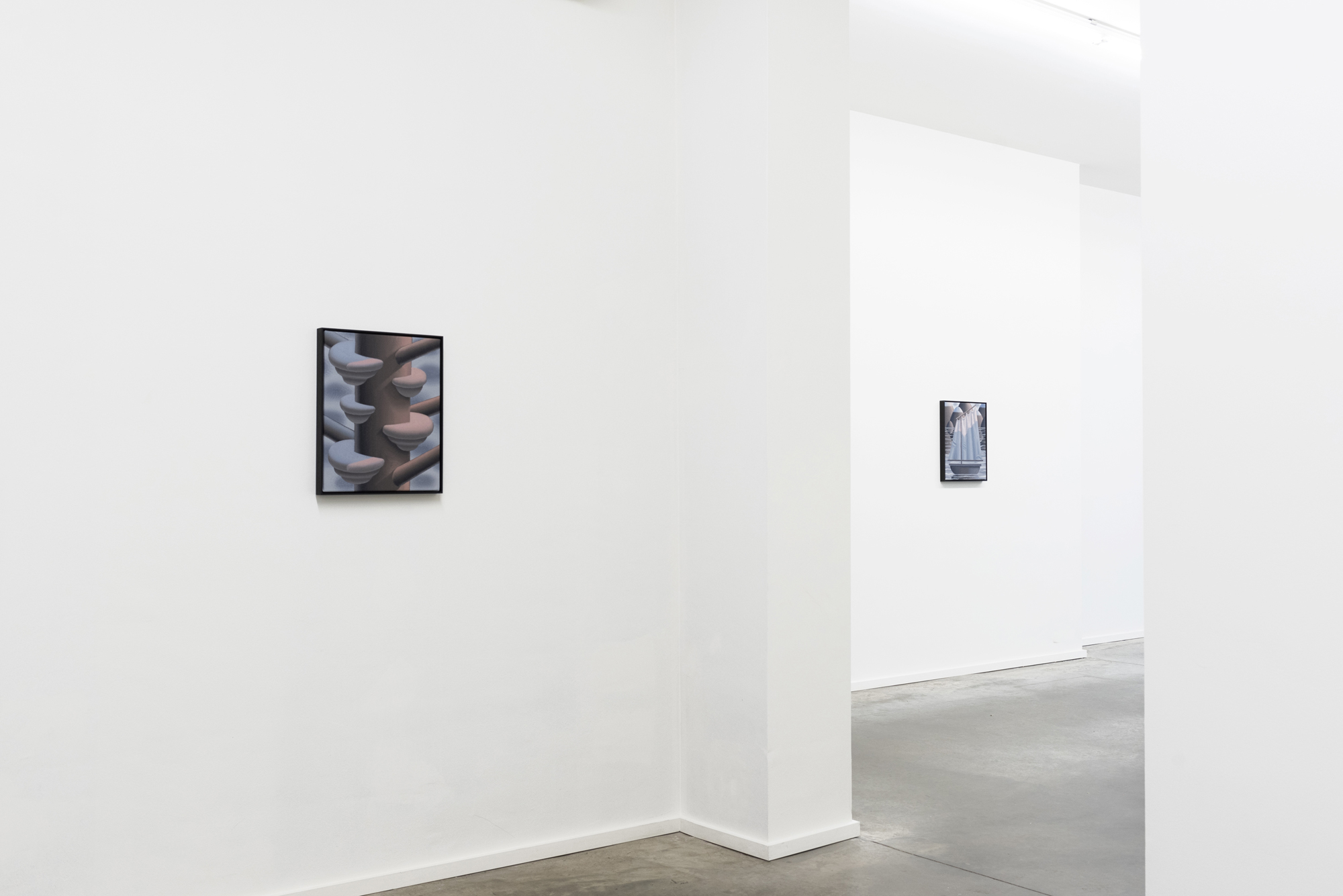 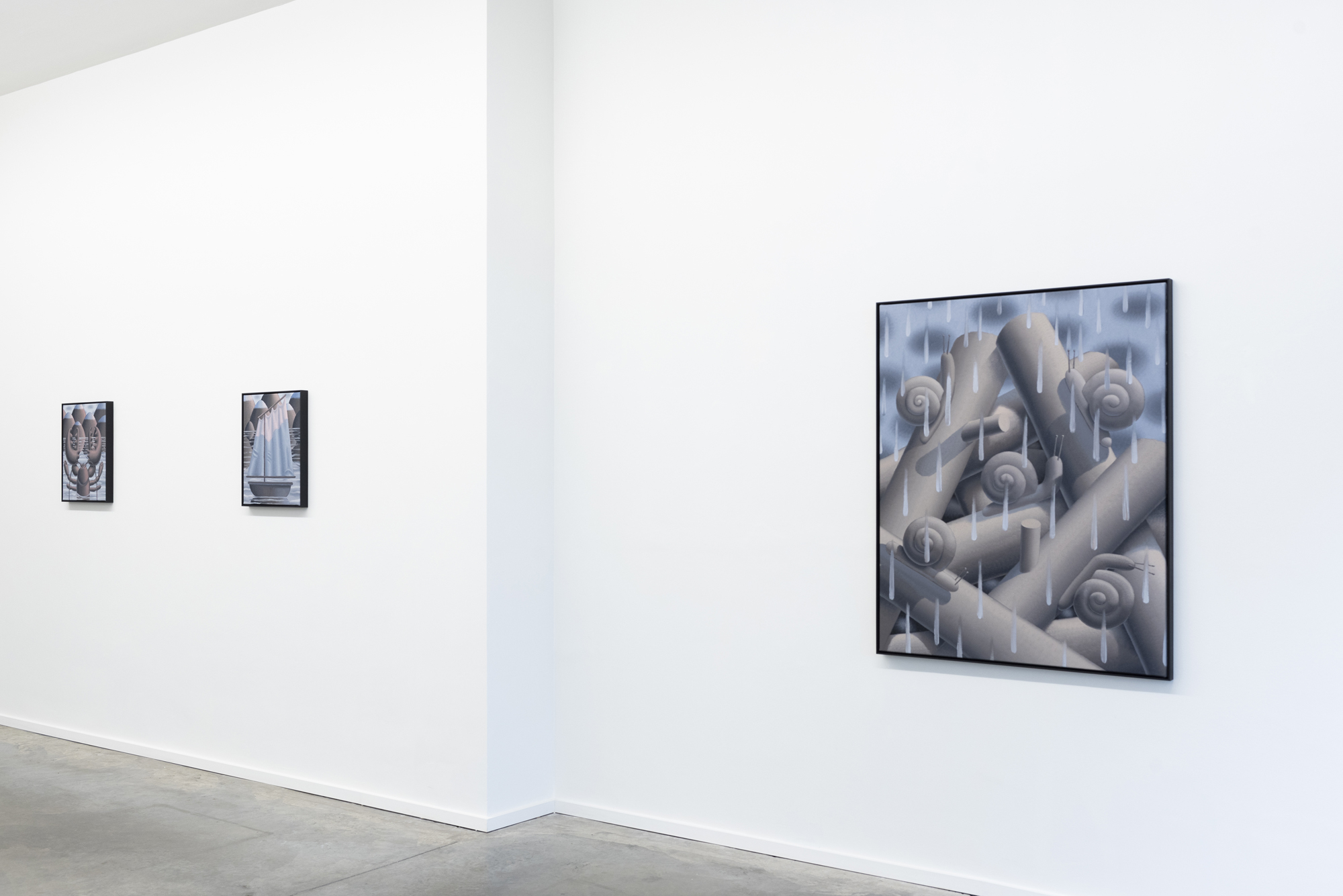 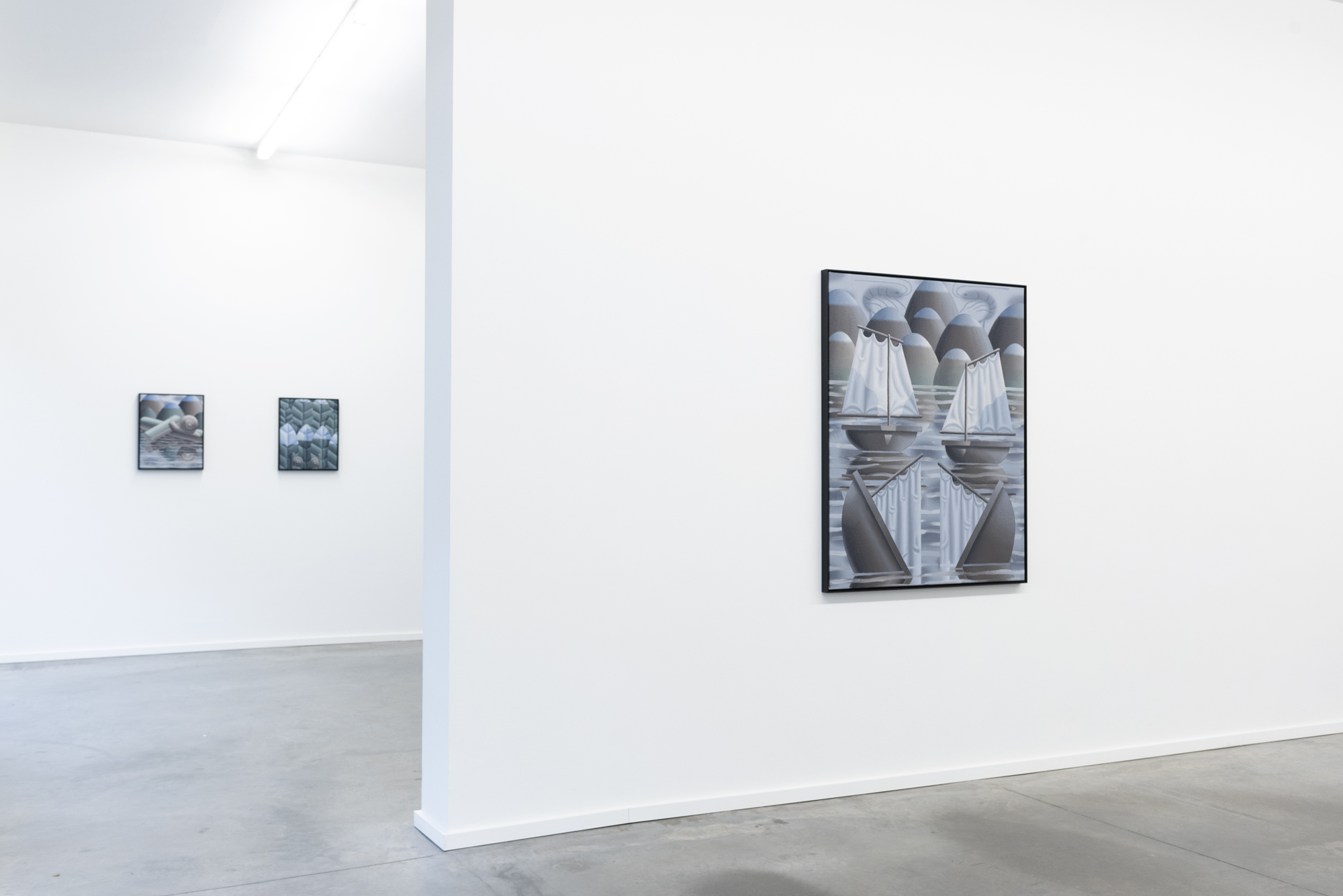 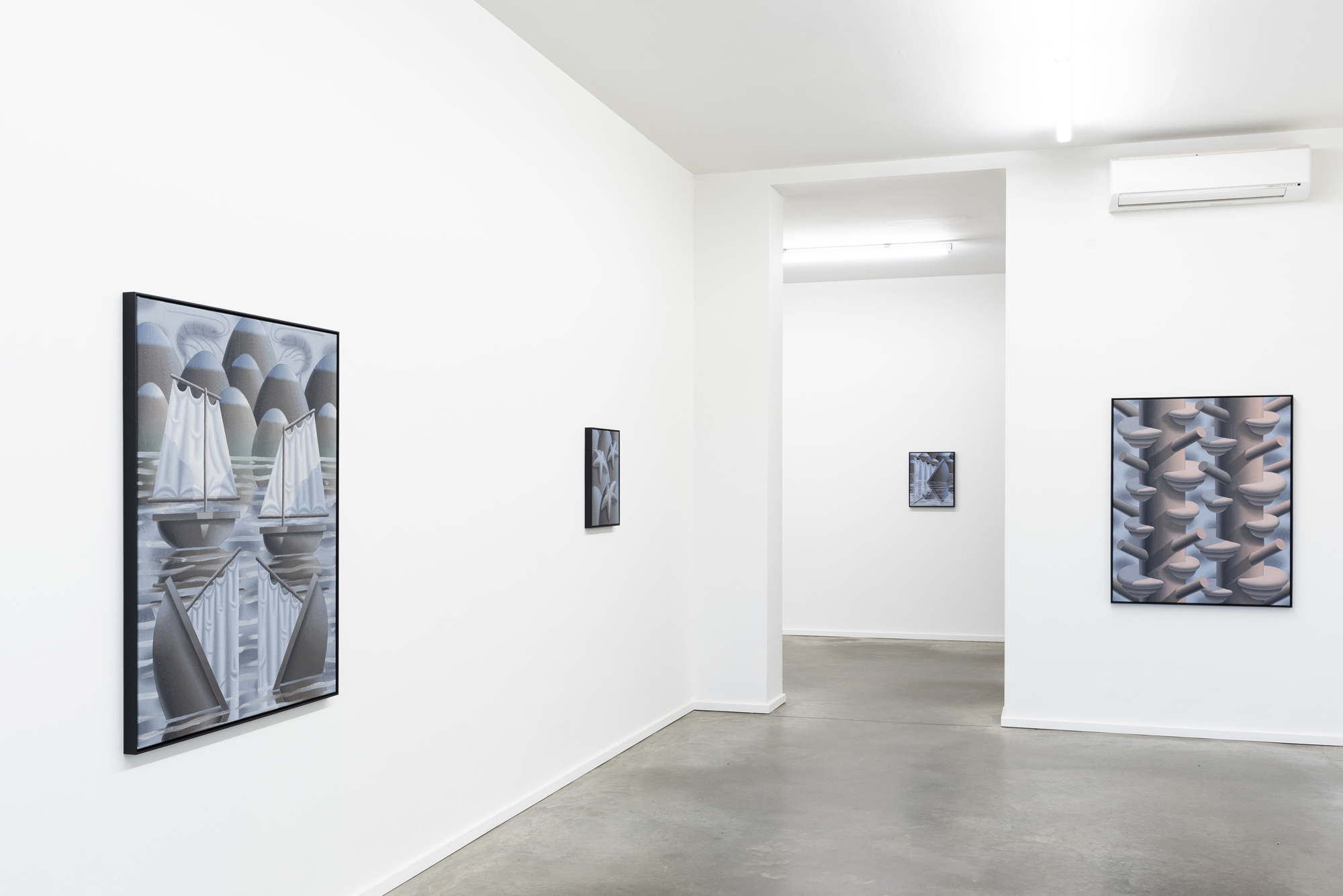 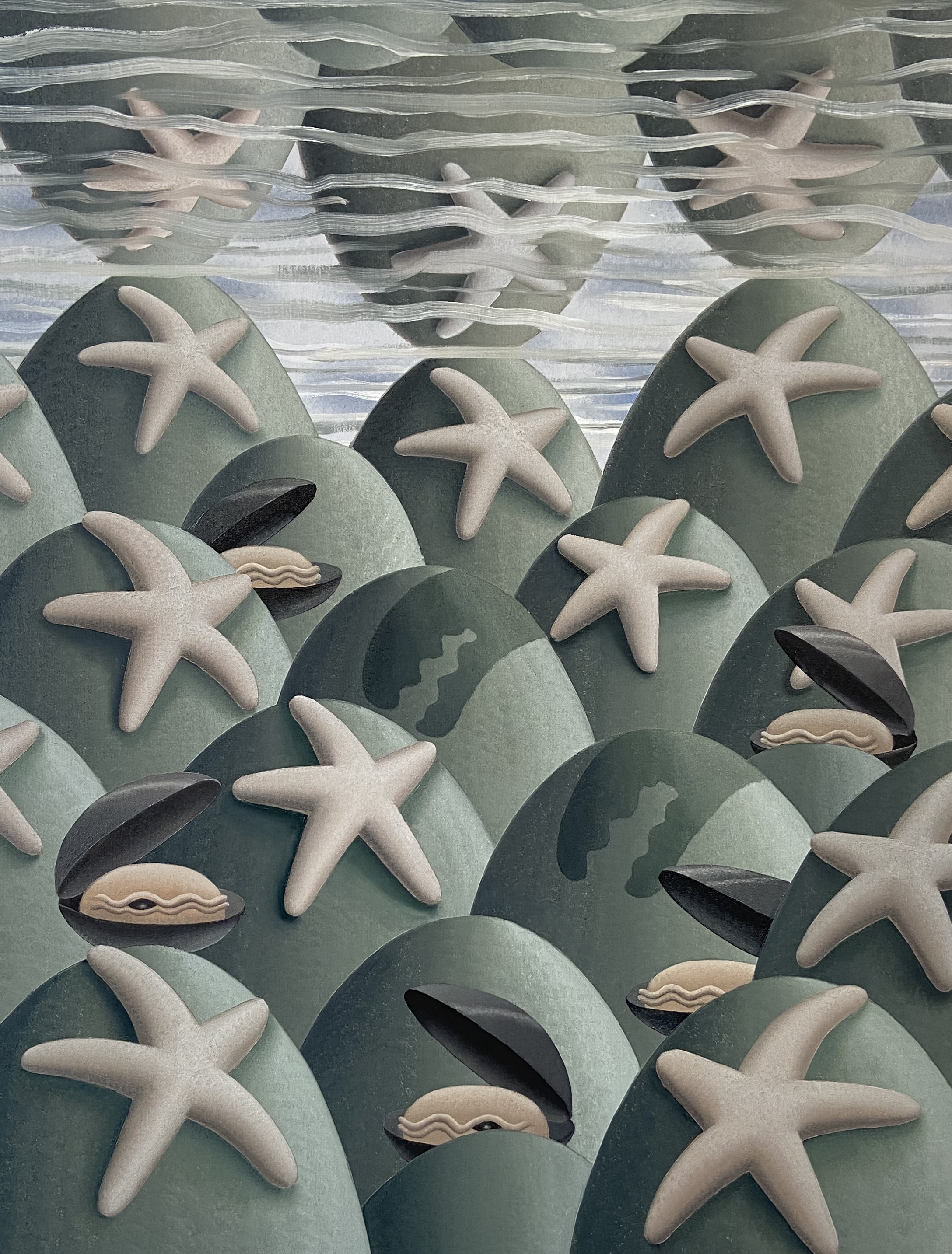 When Romanticism evolved around the idea of glorifying emotions, imagination, subjectivity, and the beauty of nature in late 18th century Europe, many works of art were a direct response to the industrial revolution that was rapidly changing every aspect of life. Now, some 200 years later, Belgian painter Laurens Legiers (1994) draws on the images from that period and the atmosphere they encapsulate, reinventing some of the signature tropes and creating his own library of tributes to the everyday snapshots of beauty and harmony.
Working with imagery that connects with a certain romantic idea on a contextual level, while carrying a clean and notable sense of volume to it, Legiers uses his subjects to construct captivating and perplexing visuals. With a focus on the motif as a whole, rather than on details and separate features, the visuals appear soft, almost graphic, and are the perfect base for the light and shadow play he performs on the surface of his paintings. In an effort to paint from the heart and memory, he implements only a few realistic attributes that define the image and then proceeds to simplify or idealize the final composition and each element in the picture. The quietness and pleasantness of the symmetric compositions that constitute the pristine scenes are further pushing his oeuvre towards the surreal idyll.
Yet, there is a subtle tension underlying the work which both holds the image together, as well as seizes the viewer's attention. The artist often cleverly constructs a simplified sense of depth and perspective by contrasting the clean, precise edges of the subjects in focus with the softened images in the background. In his newer works, Legiers is pushing this experimentation even further by juxtaposing the generally consistent texture against a multitude of brush stroke-dominated elements. Showing both artistic confidence and the urge to experiment, his depictions of water and droplets of rain are now subtly breaking the softness of the surface. At the same time, the repetition of these facets is part and parcel of Legiers‘s practice as the implementation of recurring imagery is an important tool for refining and evolving the concepts he explores.
Whether Legiers sets out to build shrine-like assemblages, design captivating patterns or portray idyllic landscapes, he swathes his scenes in suggestive light that reflects on the coarse, meticulously formed surface. The unorthodox dabbing brush technique leaves an exceptionally rich texture in which actual strokes are invisible and the only light reflection notable is the one painted by the artist. With sunset, night time, or underwater lights being of particular interest, the paintings successfully arrest the sustained ambiance of such settings, adding tranquillity to these gripping visuals. It’s the distinctive and restricting color palette, as well as the remarkable brushwork technique, that together make the images feel suspended in time, becoming somewhat surreal monochrome artifacts that are echoing a serene juncture.