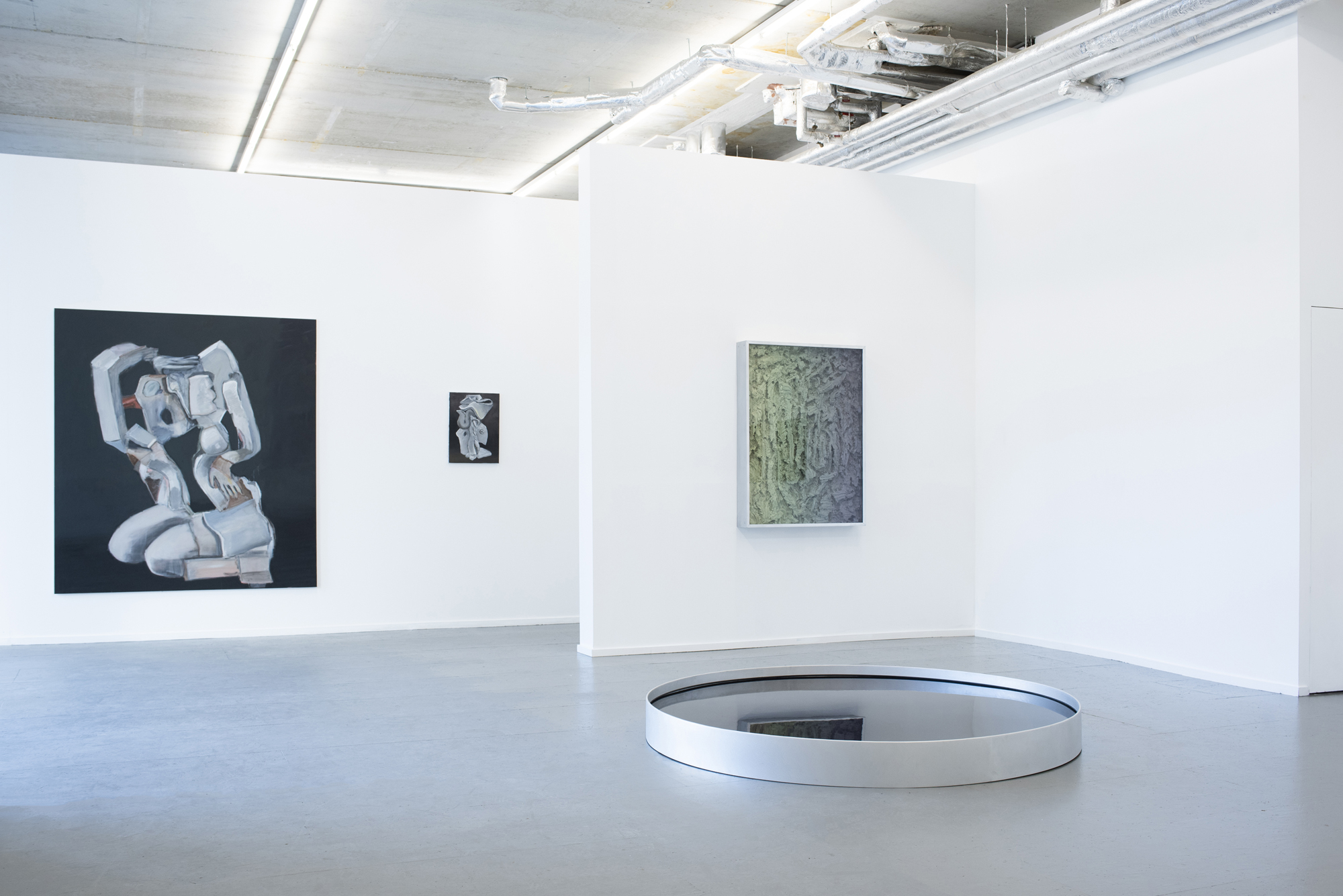 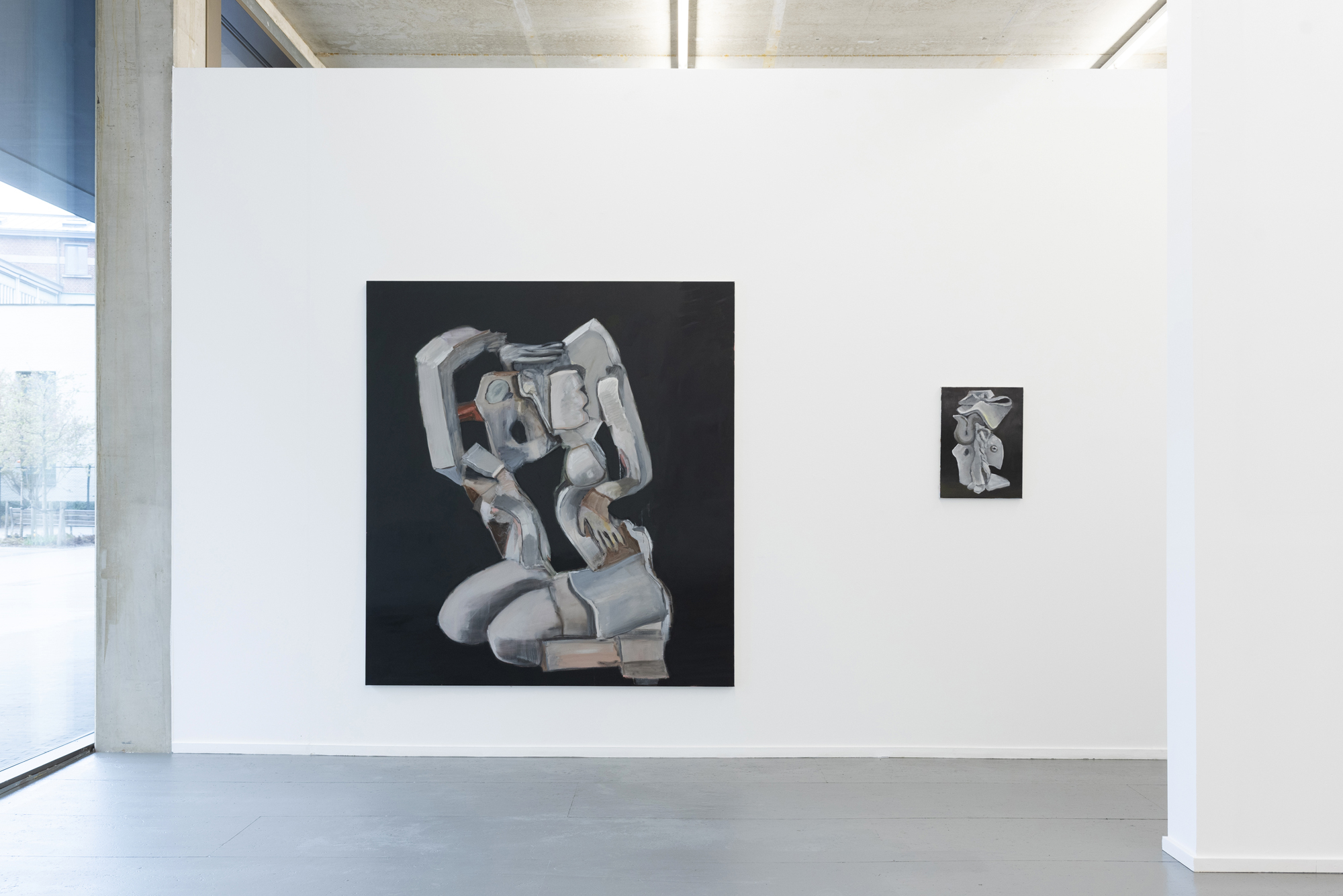 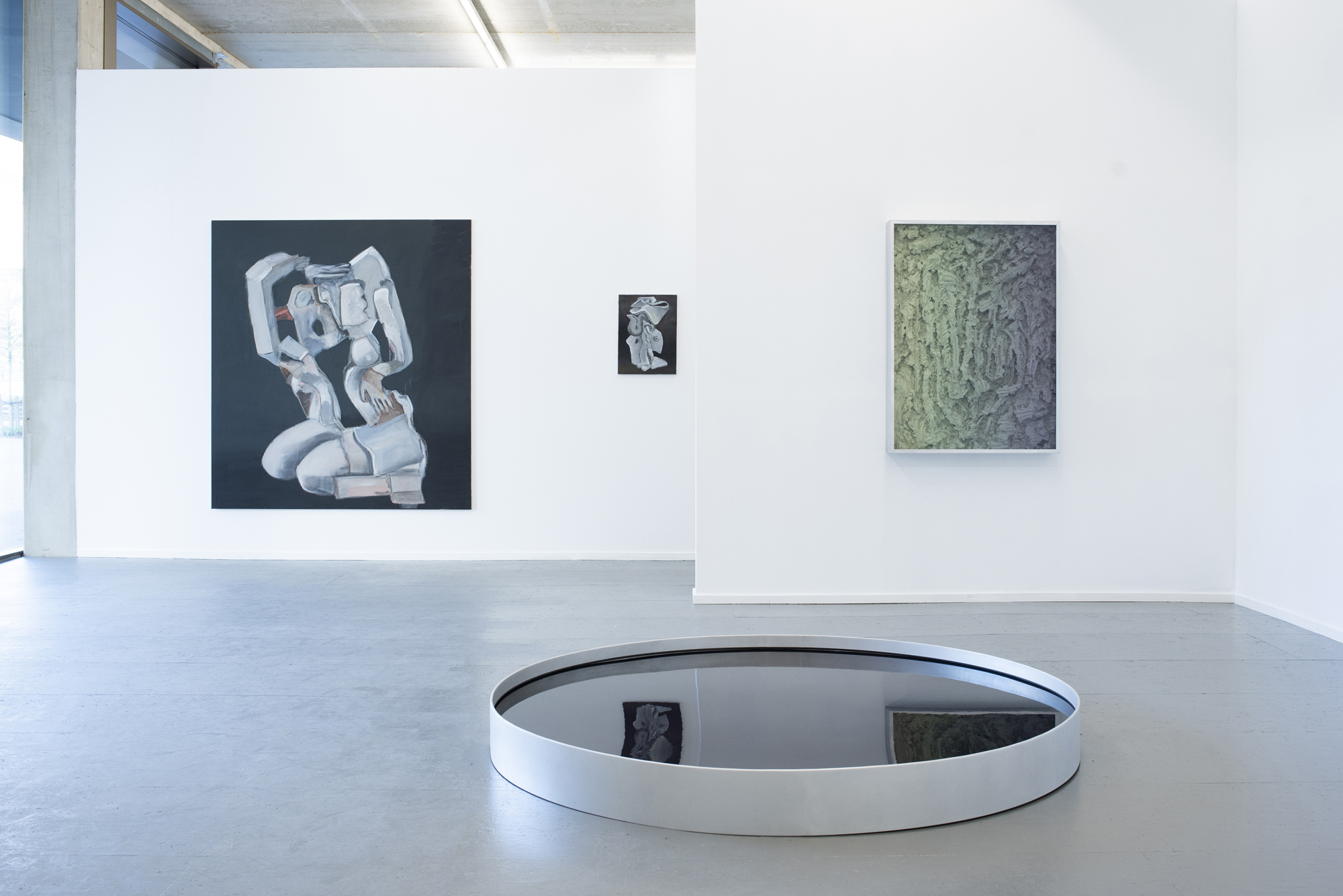 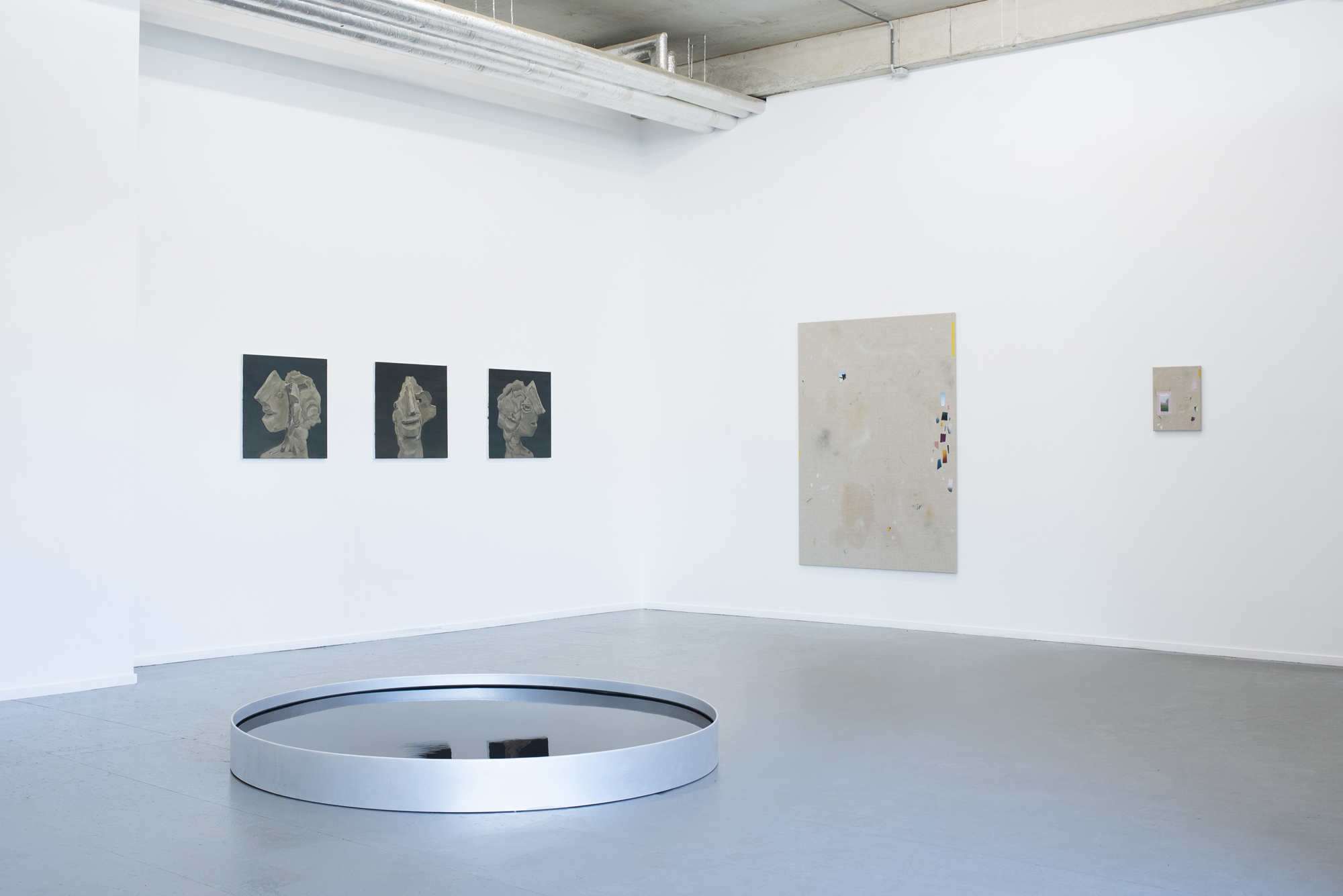 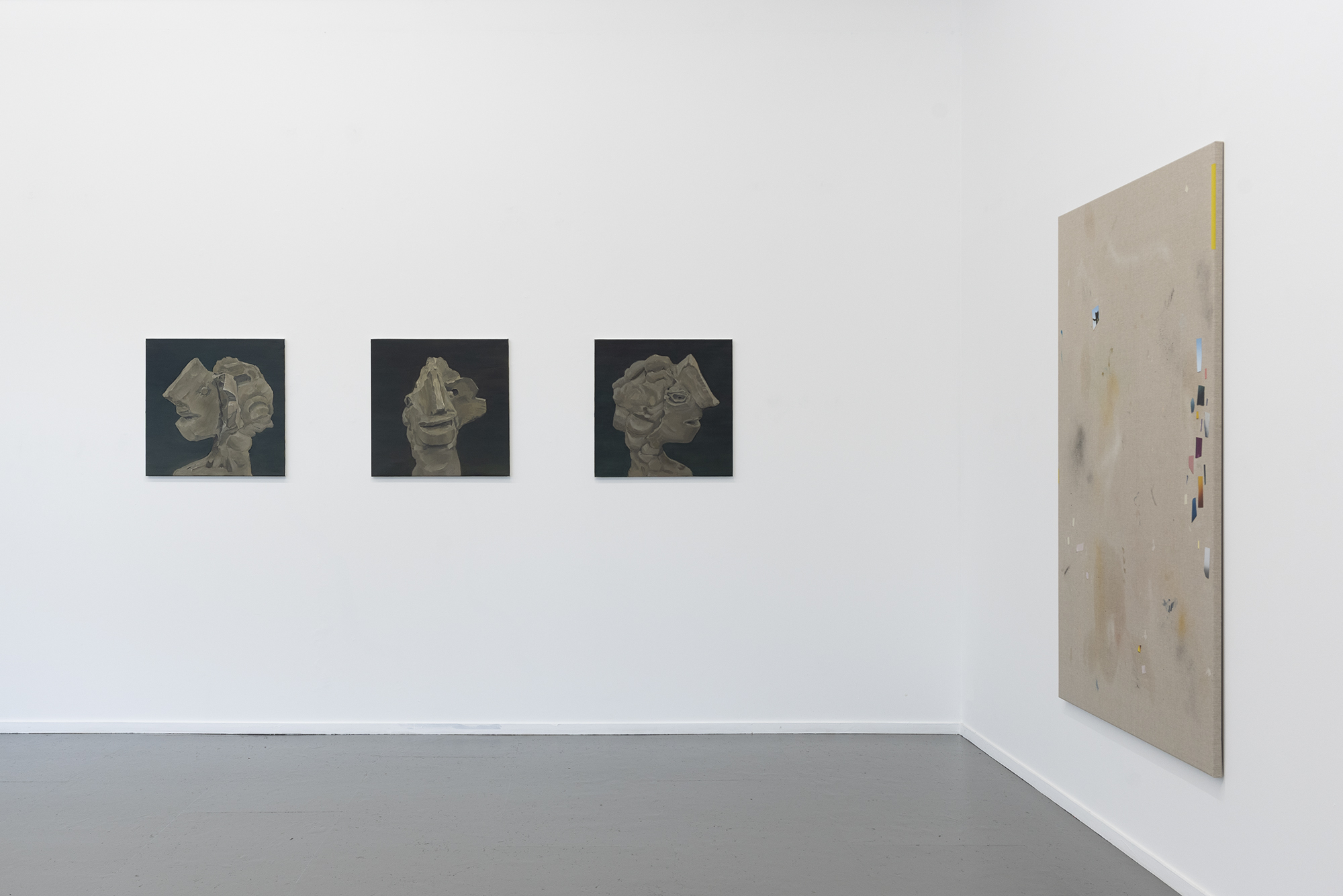 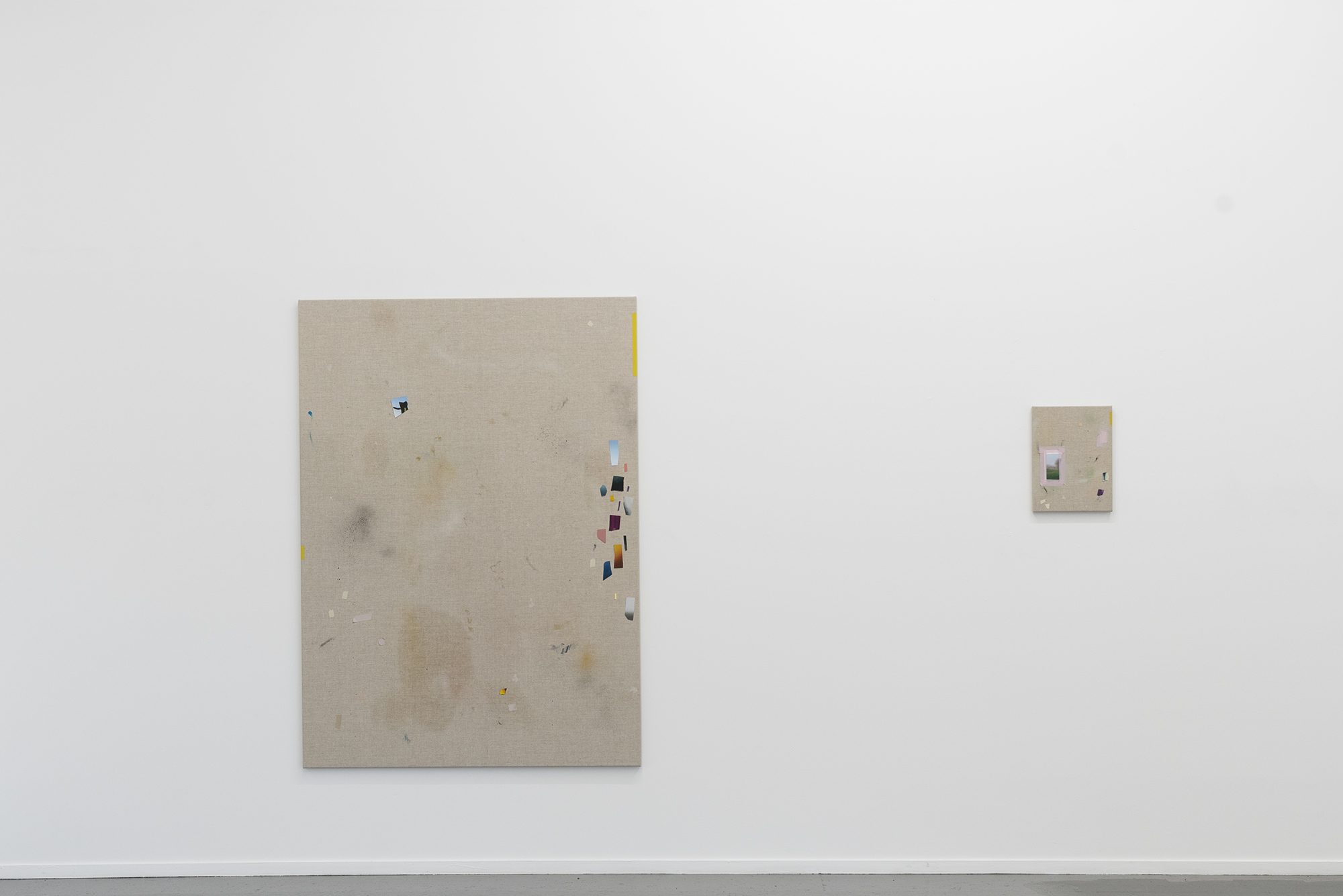 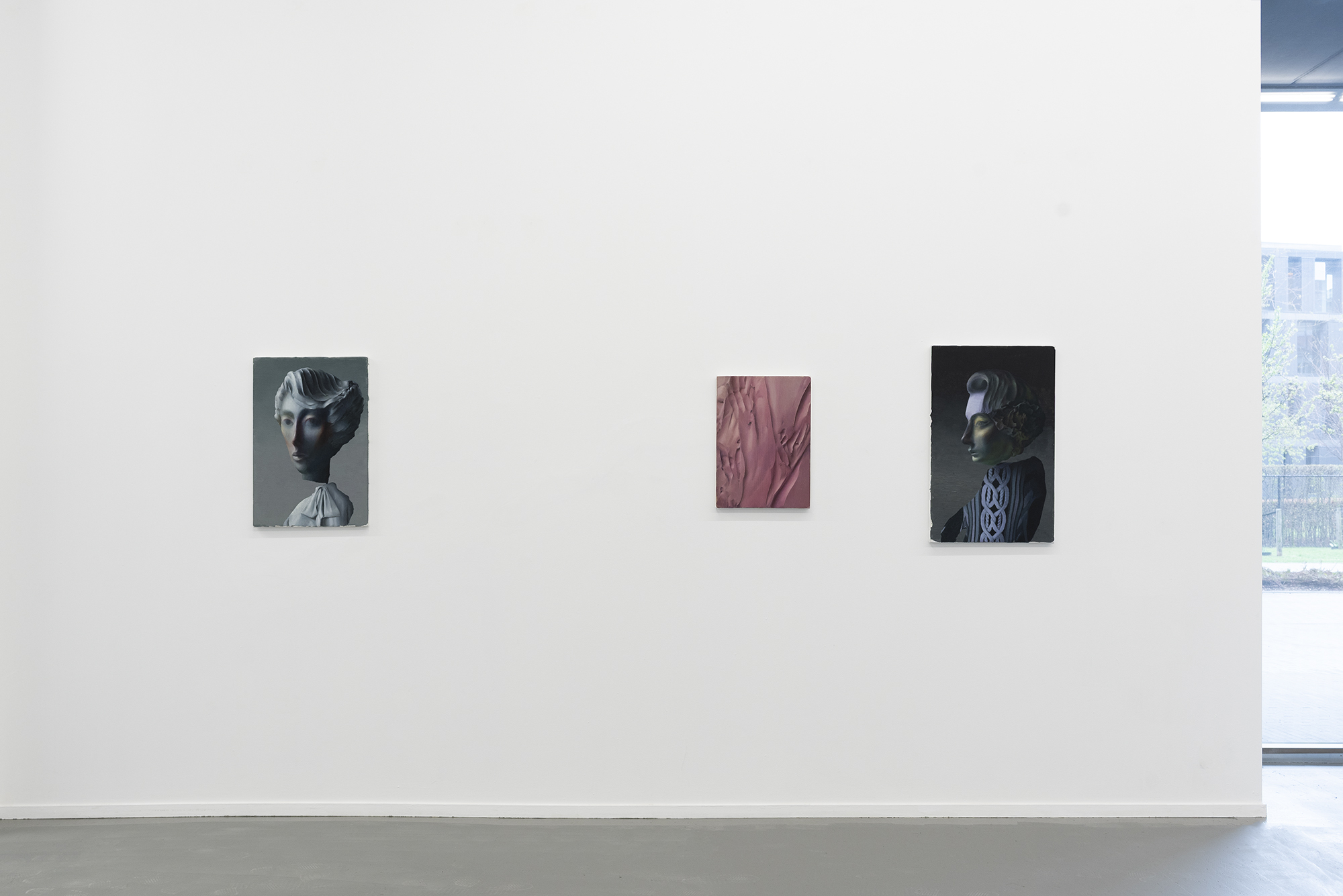 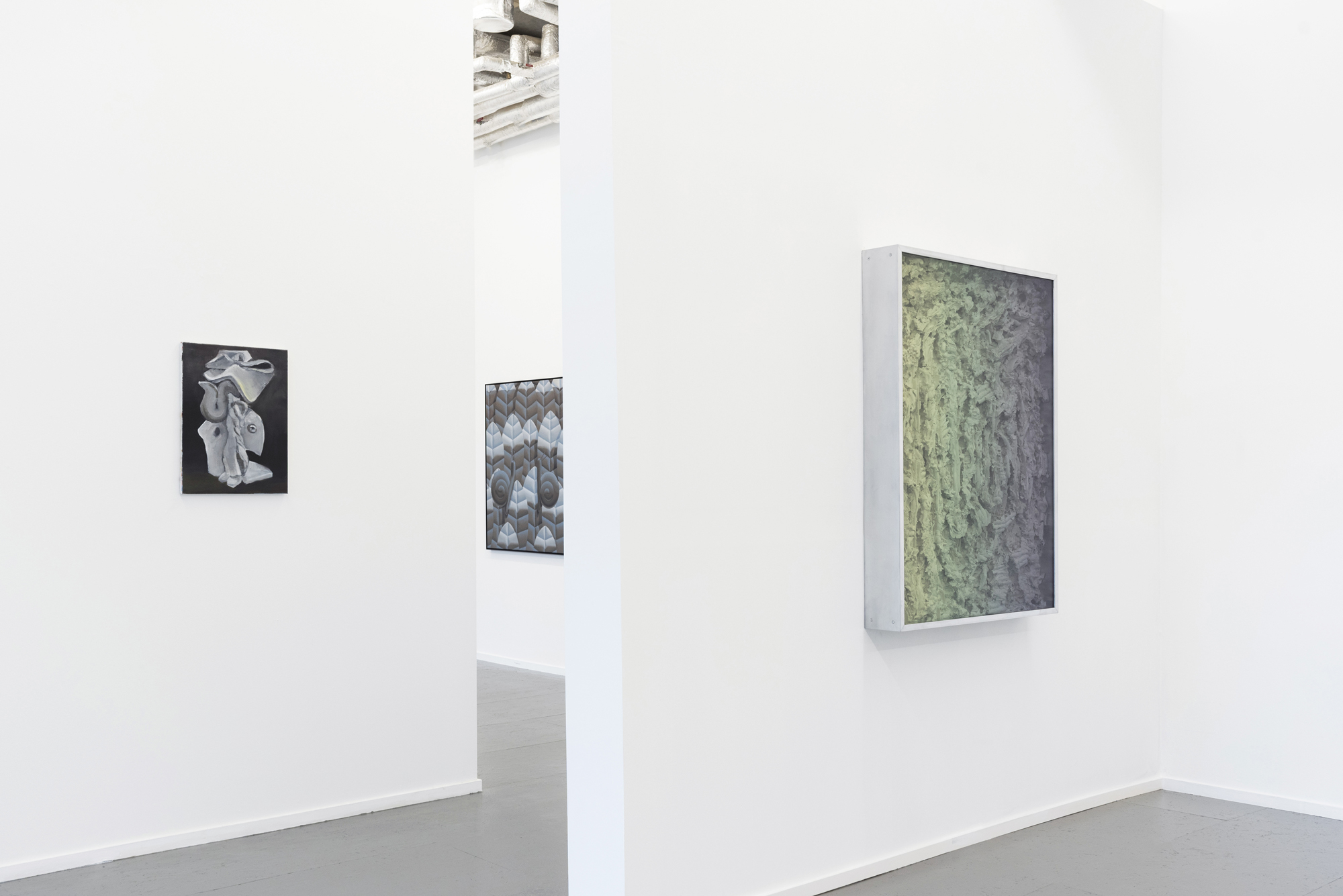 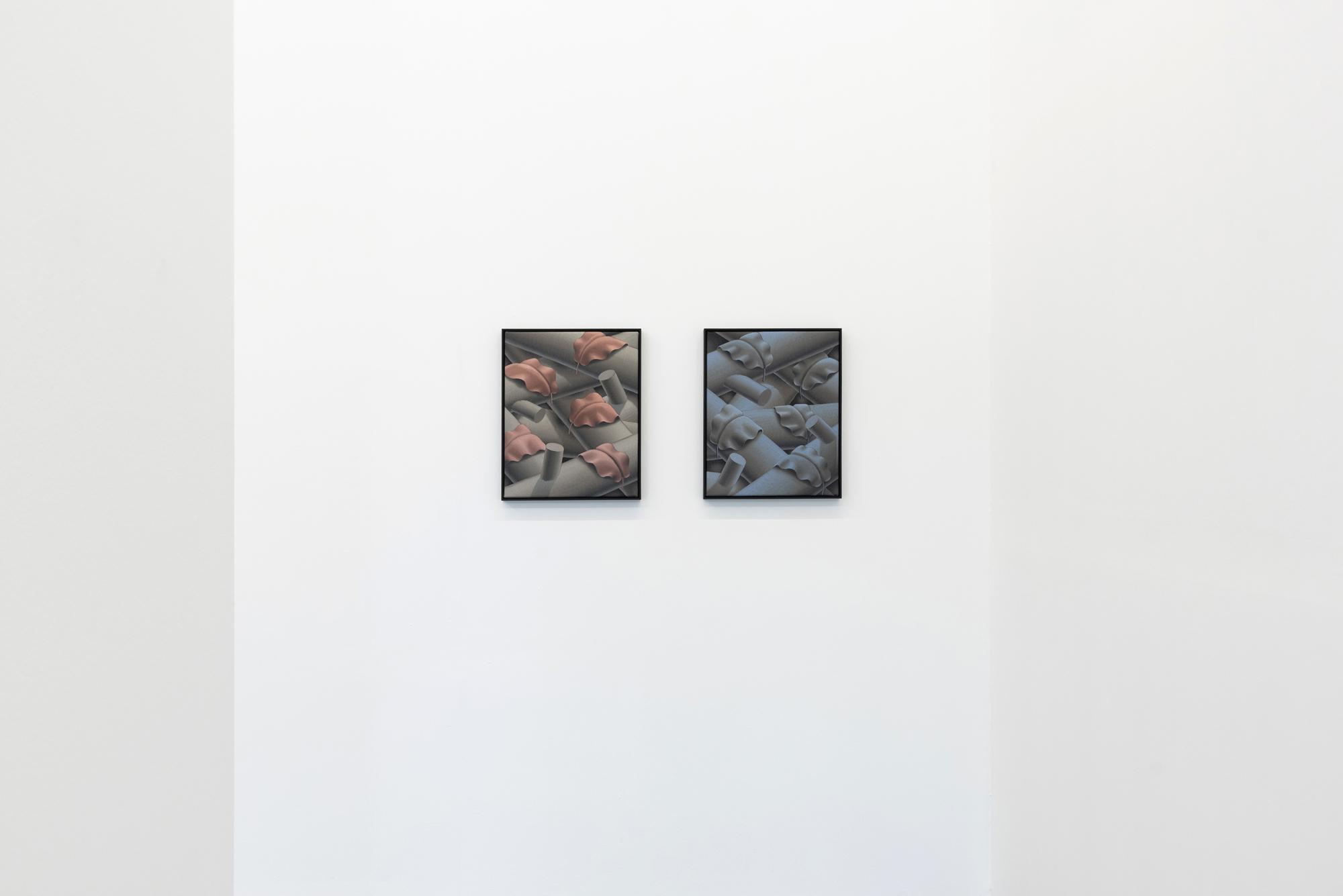 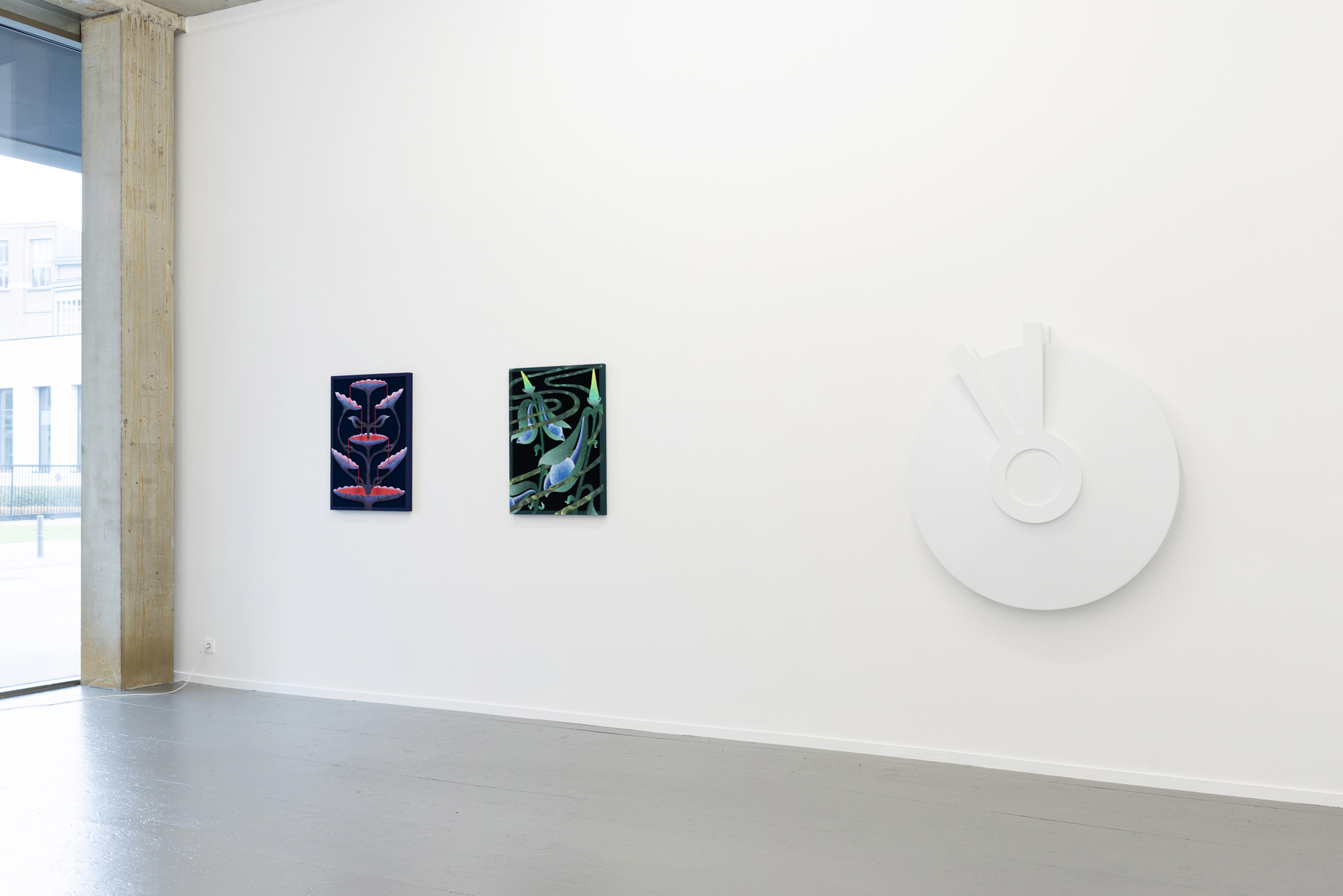 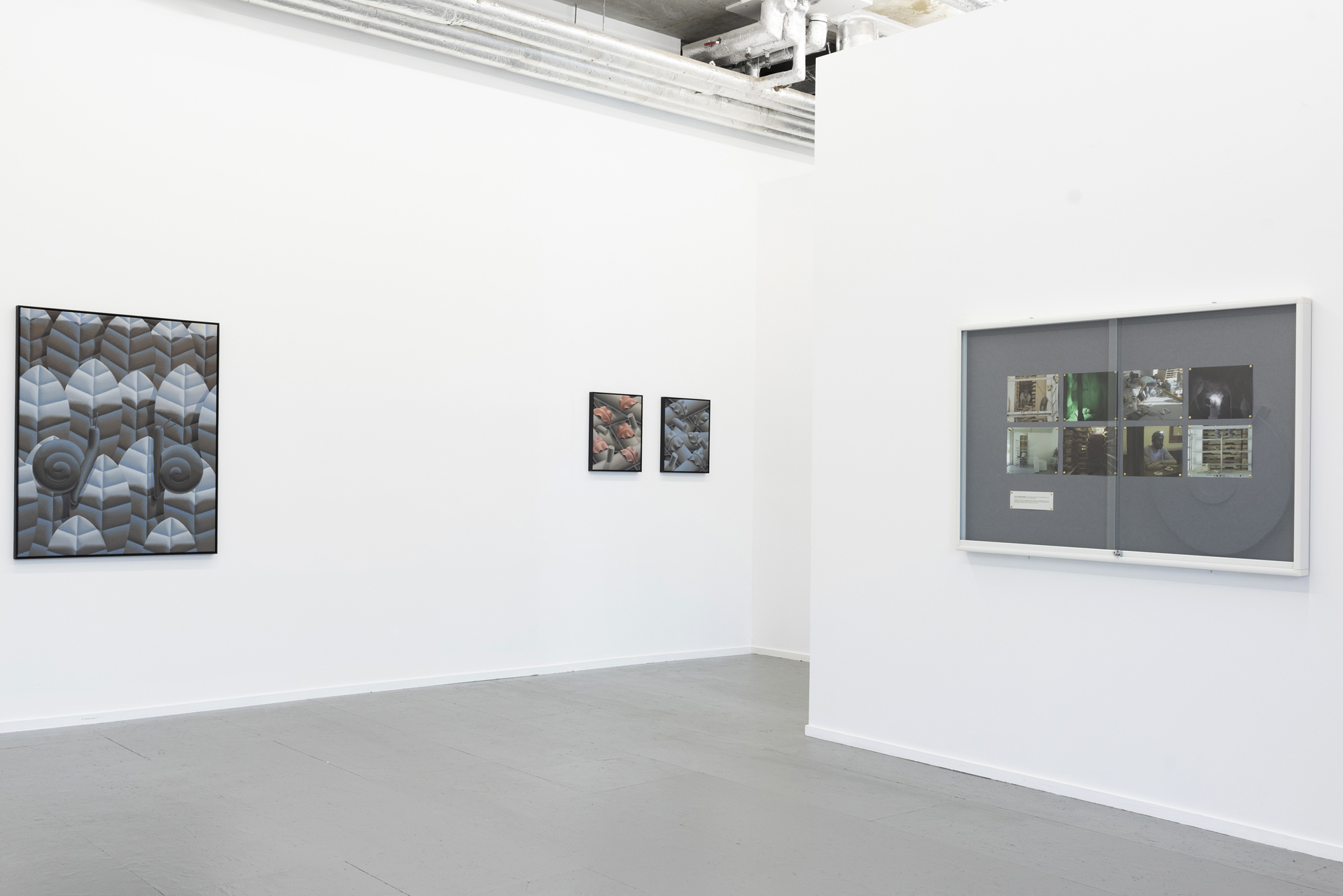 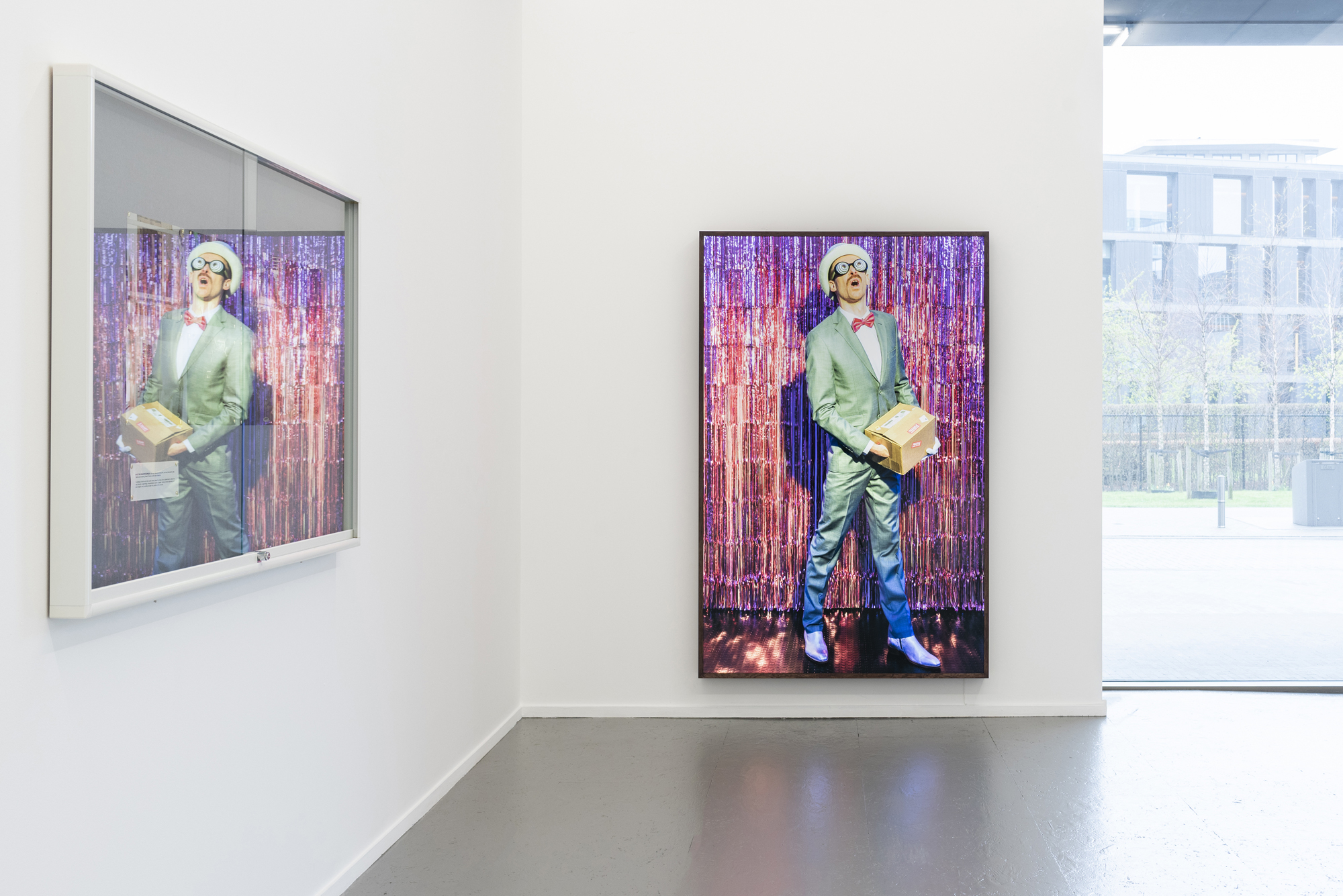 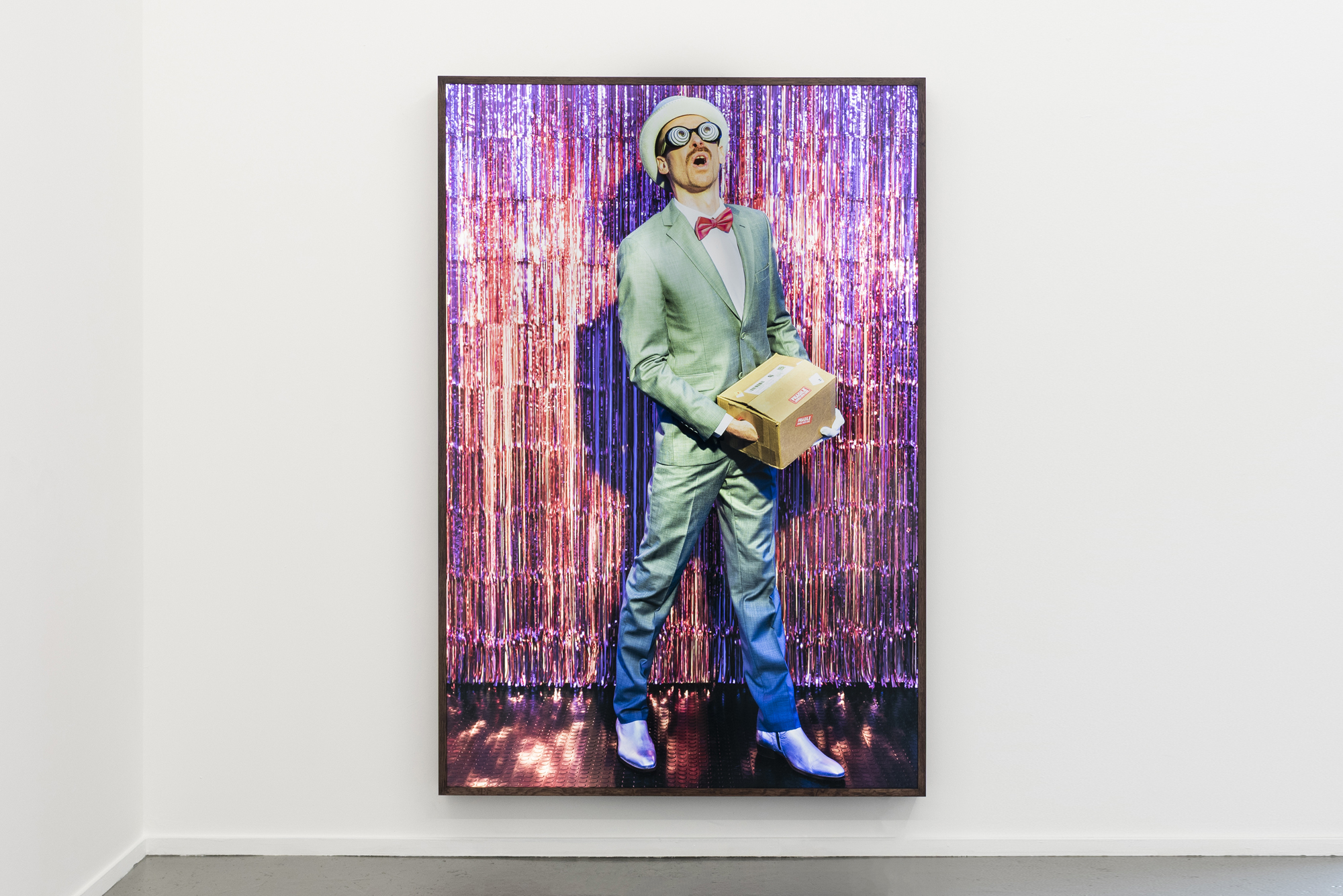 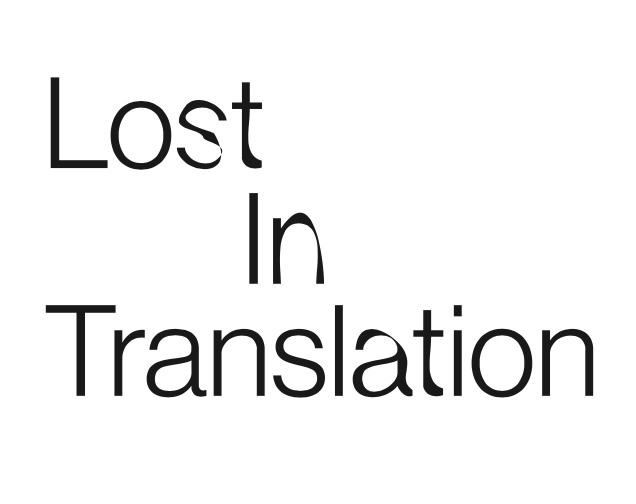 Vaast Colson, Sergio De Beukelaer, Tatjana Gerhard, Ritsart Gobyn, Laurens Legiers, Mevlana Lipp, Damien Meade and Filip Vervaet show the volatility. A moment that never becomes reality, this theme was passed on from artist to artist and thus became more distorted. It is tempting to see links between the different artists, but their interface lies merely in a shared goal. ‘Lost in Translation’ focuses on a gaze, a fleeting eye contact that, just like in Sofia Coppola's eponymous film, still causes a riot.
When entering the space you first lay eyes on the work of Damien Meade.
There is a lack of vitality in his portraits, you can look at them, but they are not looking back. They are lost in themselves. Meade's paintings seem to bring together elements that just don’t fit together, sometimes they are even contradictory. His paintings exist precisely in that balance between two materialities, as different languages in painting.

There are several observations in this exhibition.
Tatjana Gerhard literally shows this in a triptych in which she illuminates a figure from different angles and views. It shows us the ability, or inability, of a painter to approach sculpture in painting.
By definition, a translator, compared to the author, is a different person, but in Ritsart Gobyn's work the roles of author and translator coincide. He shows, as it were, the painterly remains of his process on canvas, as if they are merely notes in the margin of a painting. The trompe l'oeuil paintings question our way of looking. They are both a translation on canvas and the original itself.
How does translation not only render legibility but also comprehensibility? Perhaps you can tell the most through a play of color and simple shapes. In the works of Sergio De Beukelaer everything is of the utmost importance.

Vaast Colson's character of the magician experiences a feverish dream in which he, referring to the magician of Jeroen Bosch, presents a trick. The magician appears a bit gratuitous and naïve at first sight, but sets an ingenious trap by confronting the spectator with exactly his naivety.
In a vitrine hang lobby cards of films. It is a sequence of images that suggest a narrative. The lobby card act as a harbinger of something that may never happen.
The works of Mevlana Lipp show flowers that are intermediate between human and plant. As a spectator you can only see up close the different layers that make up the painting.
Filip Vervaet's work can be read as a study of seduction.
When we fall in love, we identify ourselves with the dreams and expectations of the other. There is an expectation to be understood at a fundamental level. Lovers reflect each other, but you can also lose yourself in those reflections.

Laurens Legiers paints from memory. But that memory is not an event, it is always formal. The objects that Legiers paints are round and don’t contain many details. Only the headlines find their place on canvas, there is no underlying narrative that the viewer could guess by interpreting the different symbols and elements. It is a way of dealing with the history of painting, his way of dealing with the medium and translating that on the canvas.

Translation is an art in itself, but what happens to nuances, implicit references, ambiguities - the essence of literary language? Sometimes you lose meaning, leaving only a shadow of the original. A translation always hops between faithful reproductions and creative punctuation. The group exhibition "Lost in translation" advocates a change of power. Translators are shadow figures, meant to be invisible, they remain obscure literary figures, serving and silenced. In this exhibition they play the leading role.