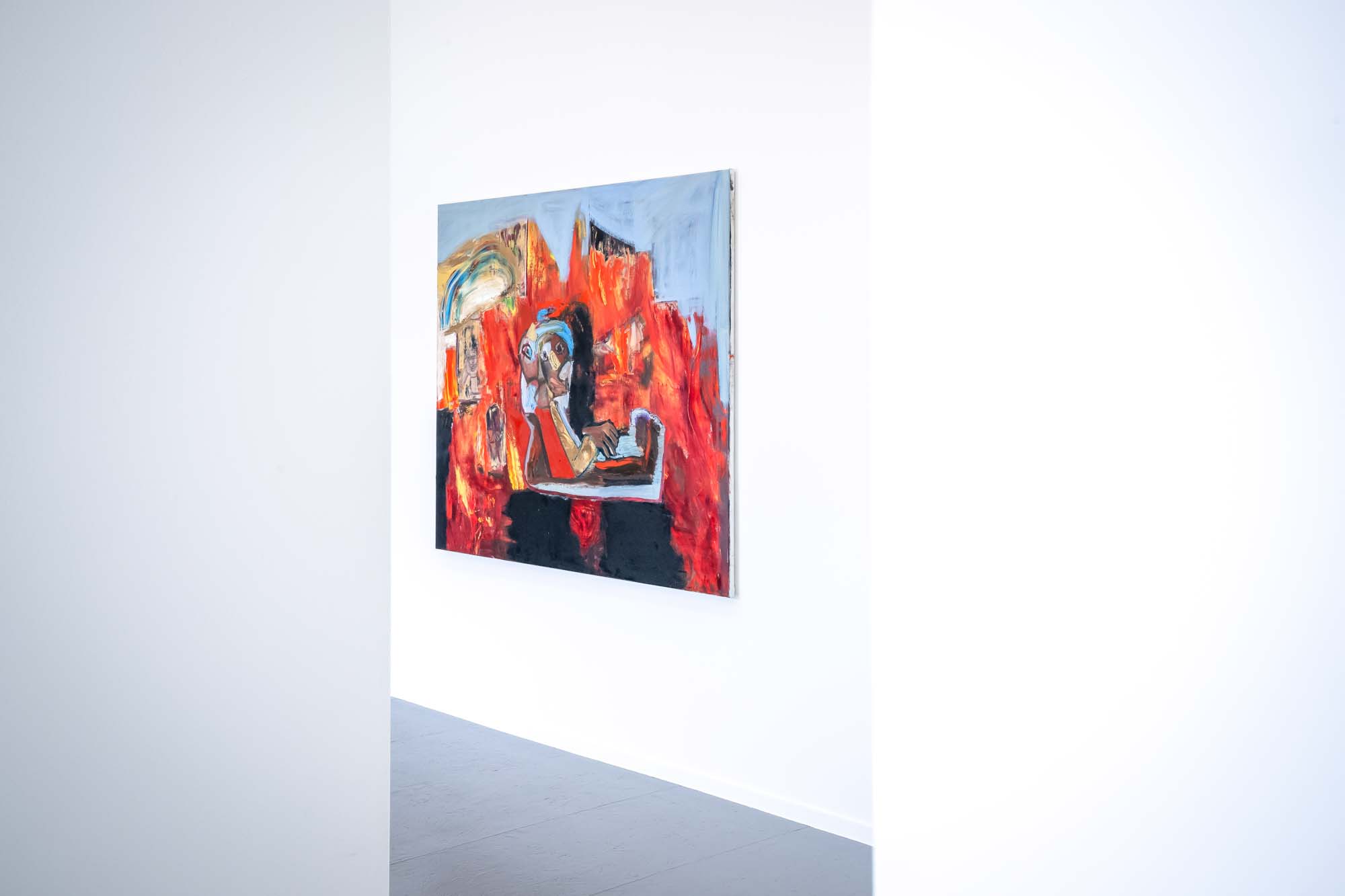 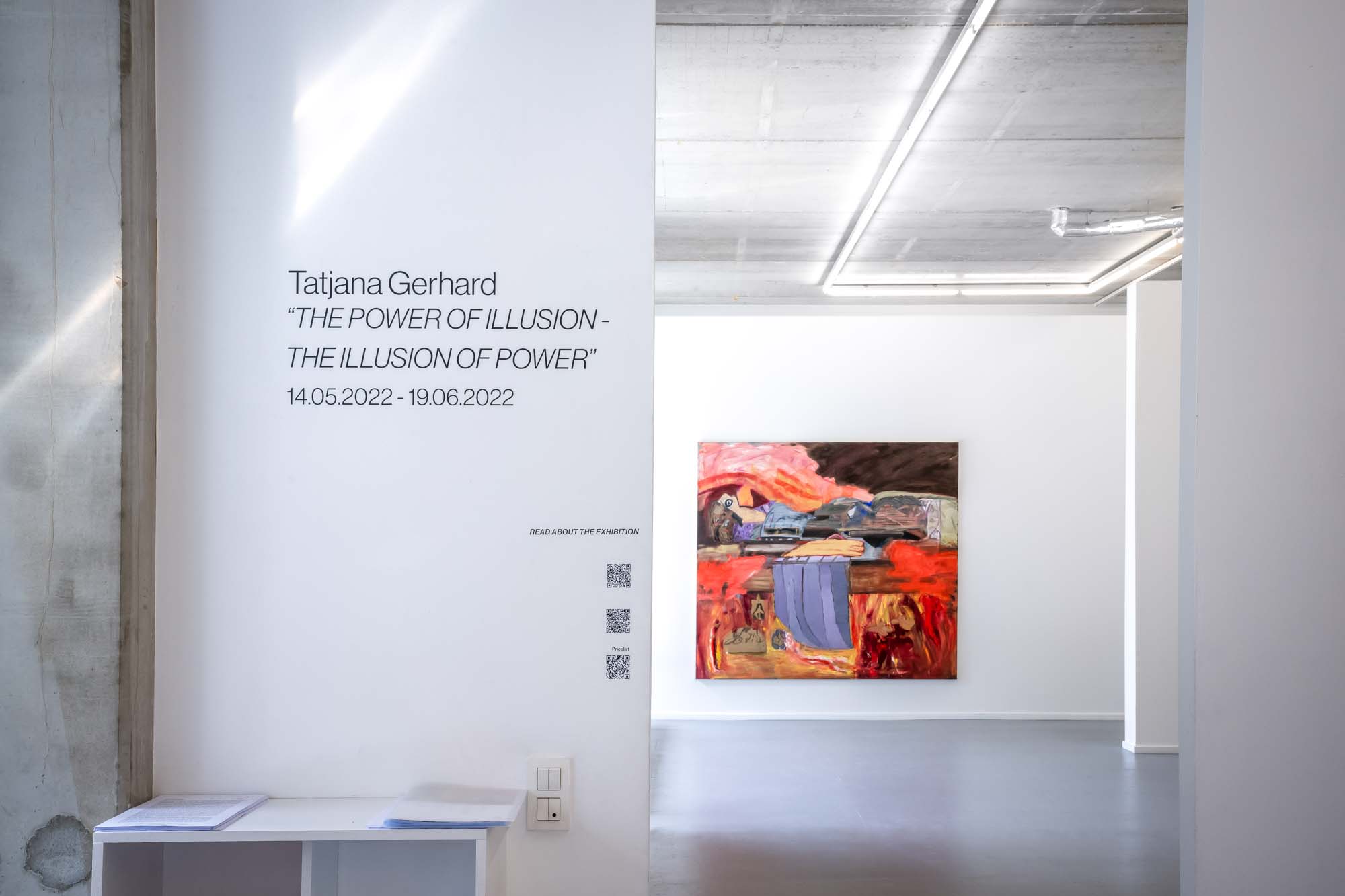 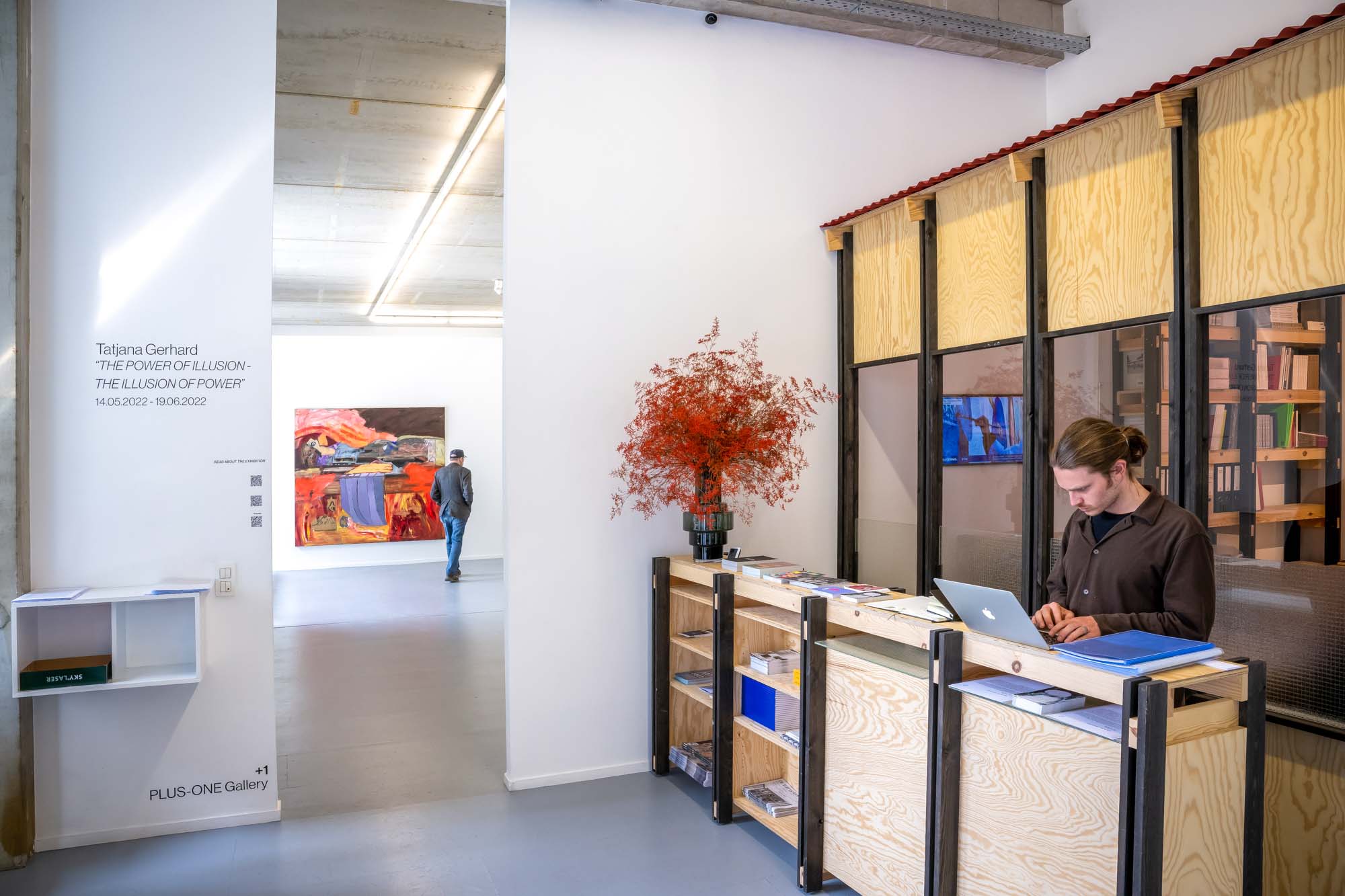 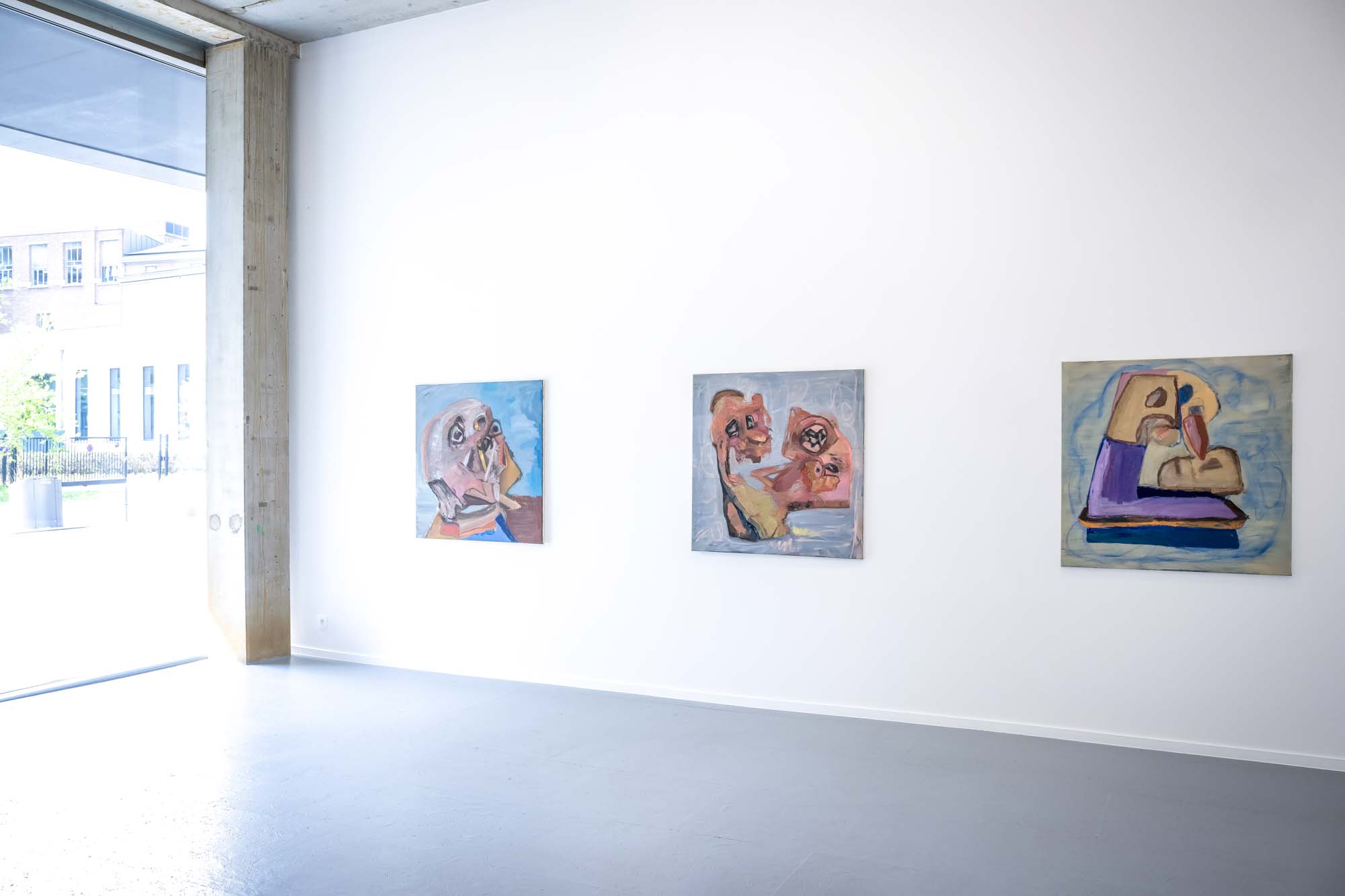 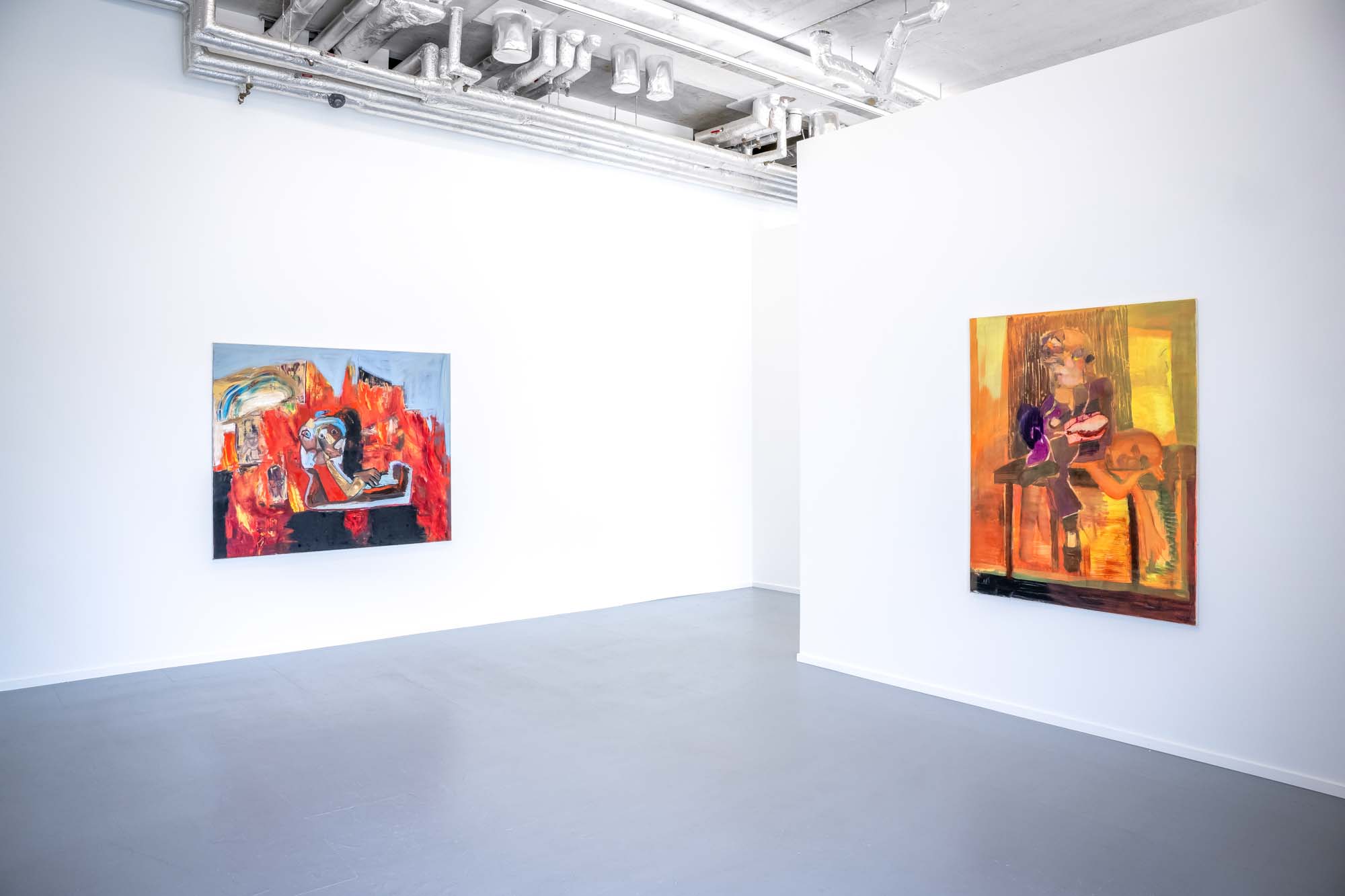 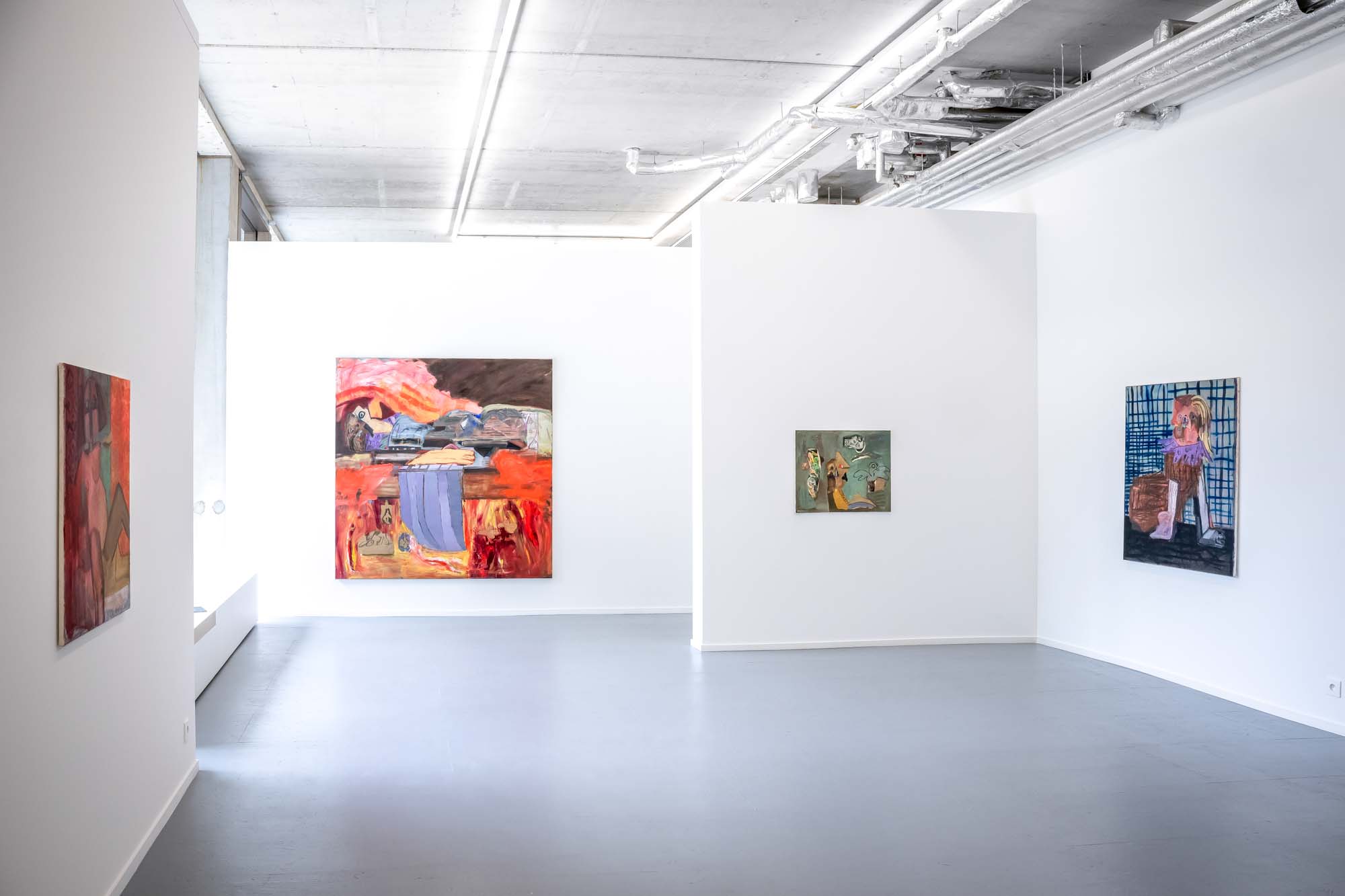 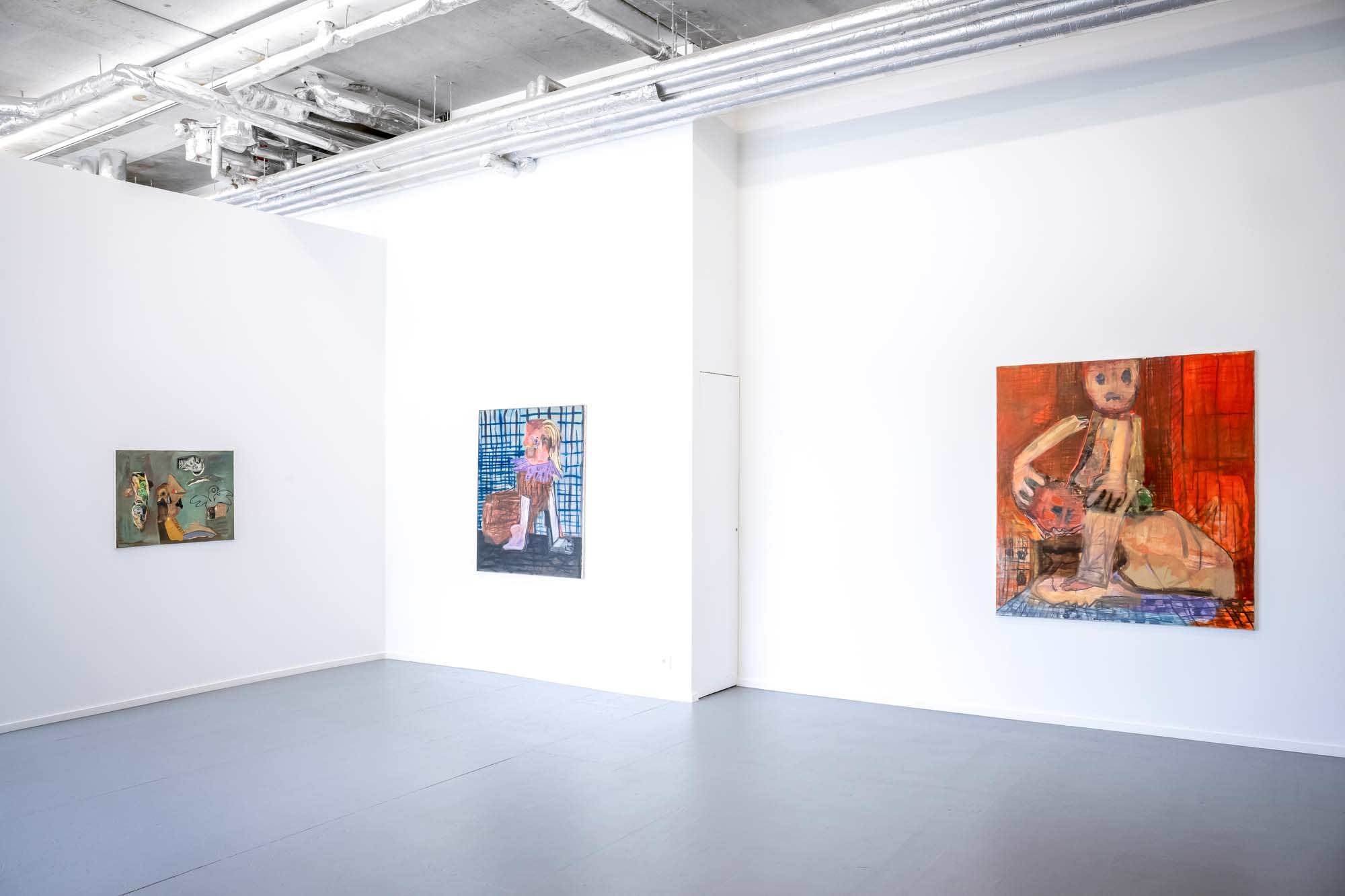 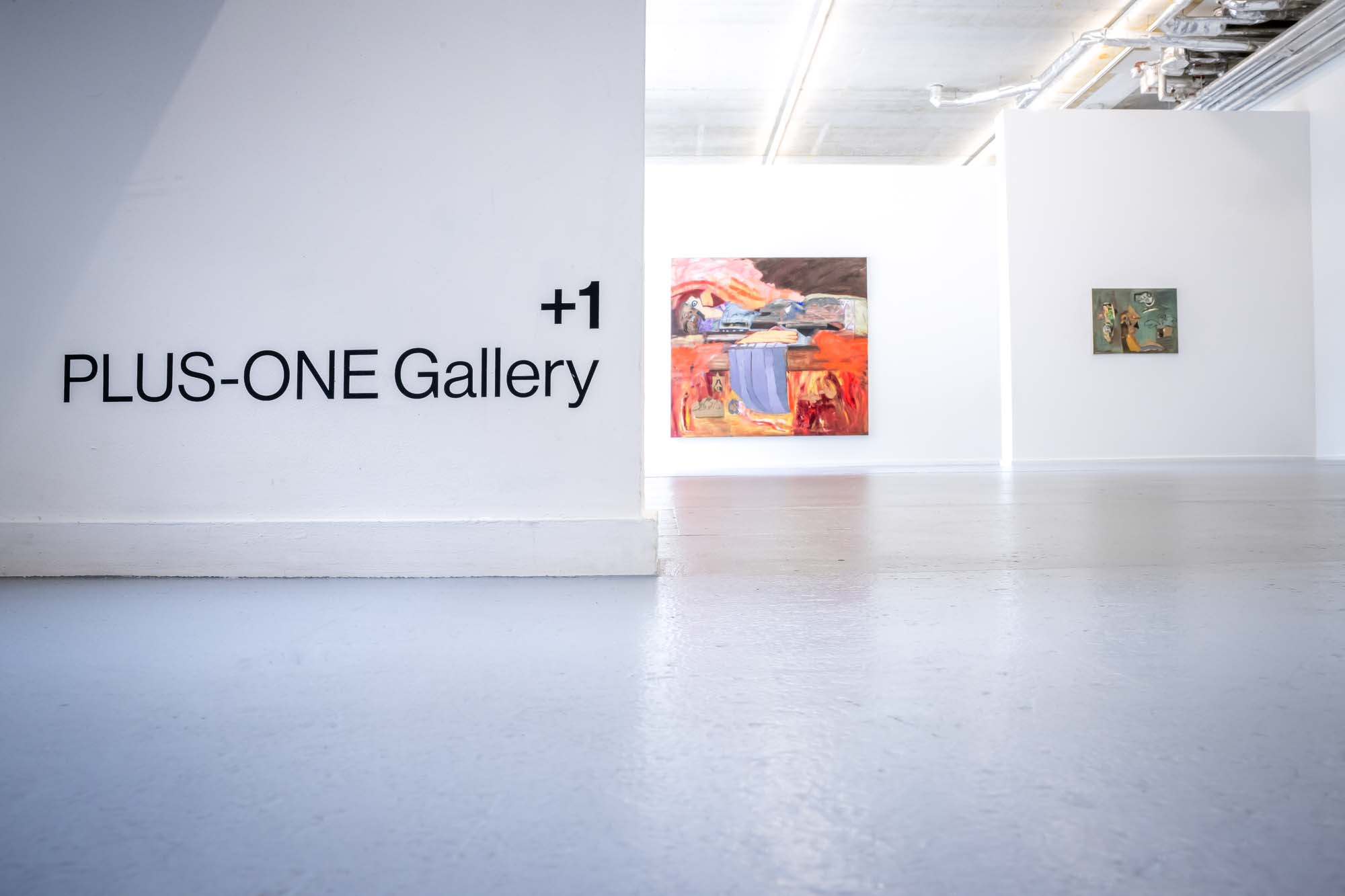 PLUS-ONE Gallery is pleased to announce the first solo exhibition by Tatjana Gerhard at the gallery (New South). The exhibition entitled 'THE POWER OF ILLUSION - THE ILLUSION OF POWER' will be on view from May 14 until June 19, 2022.

Tatjana Gerhard (born 1974) has been living and working in Ghent, Belgium, since 2010. Born and raised in Switzerland and with a partly Croatian background, she started her artist life there after studying at the art academy in Zurich. With (participation in) exhibitions in Switzerland, Germany, Belgium, Italy and France, her work is gradually making its way into the international landscape of painting. Even in her early paintings Tatjana Gerhard's work exists by the grace of the rawness of human existence. With a ruthless gaze, her work dissects man and his existence in all its facets. In a visual language that is related to that of, for example, Maria Lassnig, Francis Bacon, Lee Krasner, Philip Guston or Louise Bonnet, Gerhard takes up a position in the art of painting with great accuracy.

With the exhibition THE POWER OF ILLUSION - THE ILLUSION OF POWER, Tatjana Gerhard holds up the concepts of power and illusion. The title mirrors itself, creating an endless reversal and repetition of the question it contains: is power an illusion/what is the power of an illusion? What does this mean for the painting? What does it mean for the human being? In this exhibition, Tatjana Gerhard brings together scenes of mostly intertwined or disintegrating pairs of figures. It is difficult to define what the figures are doing or what state/situation they are in. They may be engaged in a fight but just as easily entwined in a passionate dance of love. It is striking that no figure is depicted alone. There is always a second, 'another', to be seen somewhere. Sometimes they seem chained to each other, symbiotically fused, as if they can only with difficulty break free or are trapped in each other. Caught in a trap. The question is often where one figure 'ends' and the other 'begins'. Amorphous 'heaps' of people find themselves in strange and awkward positions, trying to find a posture with departed faces. The images Tatjana Gerhard paints can rarely be grasped at a glance. On the contrary, they ask the viewer to decipher slowly and cautiously, to unravel the image from the impetuous and sometimes almost violently applied mass of paint and to untangle the knot of layers that flow into each other - both in meaning and in matter. Like a dissonant piece of music in which the melody is lost, this is how Gerhard's works appear: as distorted depictions of the condition of man in times of loneliness, fear, pain, desire, passion and love. One thing is certain: Gerhard does not shy away from major themes.

With great prudence, Tatjana Gerhard gives her paintings alternating English and German titles: Pieces, Ummantelt, Pressure, Geine Krenzen, One, Loslösung or Fremde Augen... In Gerhard's imagery there is intense holding, clasping, releasing, encapsulating, attracting, rejecting. The balancing act between becoming one and disintegrating seems to be a permanent condition, the opposite of every movement contained within itself. Through the titles she gives her work, which is full of detachment and disengagement, a reading direction. In Fremde Augen, for example, the eyes of one figure enter the head of another. Is it you who look through my eyes or am I looking through yours? Has the "one other" stolen the gaze of the "other ‘other’"? Also, in the small painting Who are you different pairs of eyes figure from different perspectives: who are we, where are we, what do we see, who sees what (not)?

Besides the works with struggling figures(couples), other works are rather put on as cumulations of images and thoughts, as if they are the representation of the (feeling) brain of a human being. In Schwere, in Solution or in Leaving, for example, various thoughts and dream images fan out fragmentarily throughout the image around a central figure, held together by the composition of the painting, which is heavily processed by paint, glue and paper. Individual drawings are glued to the canvas and incorporated into the image, surrounded by broad strips of paint in sometimes harsh and bright colors. The ambiguity that characterizes her images is also carried through by Gerhard in the construction of her paintings and how she works with paint, paper, glue, varnish and collage. Sometimes this results in shiny, almost reflective canvases (metaphor of the mirror), while others retain the rough, non-reflective and matte skin of coarse brushstrokes and furious paint runs. These paintings seem to have been created with intense strokes and grand gestures, from an energy that seems to have found its way to the canvas swirling like lava. Tatjana Gerhard's work does not provide answers: it is precisely the many big questions that it raises that she seems to want to confront the viewer with. Rather than as a 'window on the world', her paintings therefore form a mirror for the viewer, as an allegorical reflection of the fundamental incapacity of universal man.