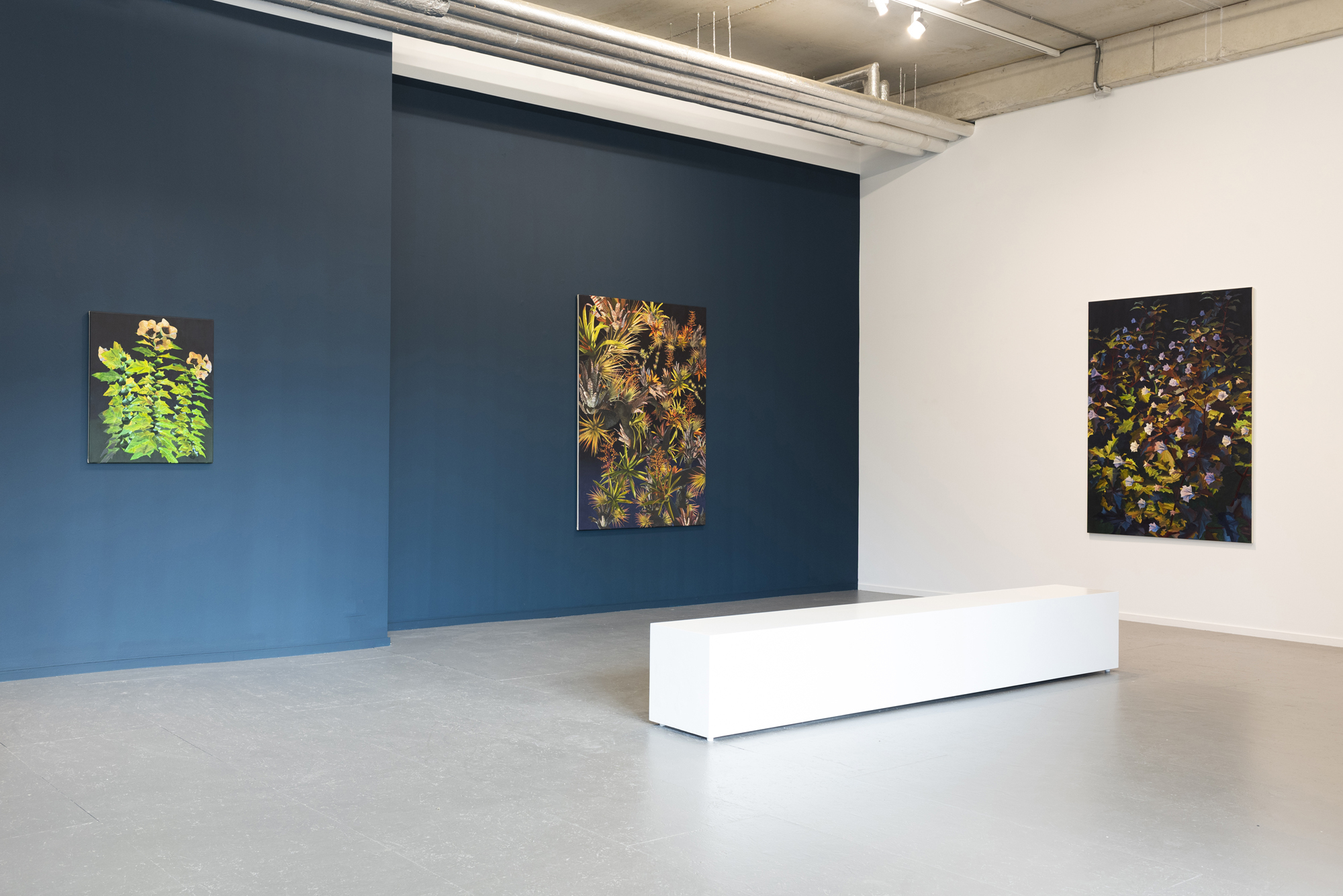 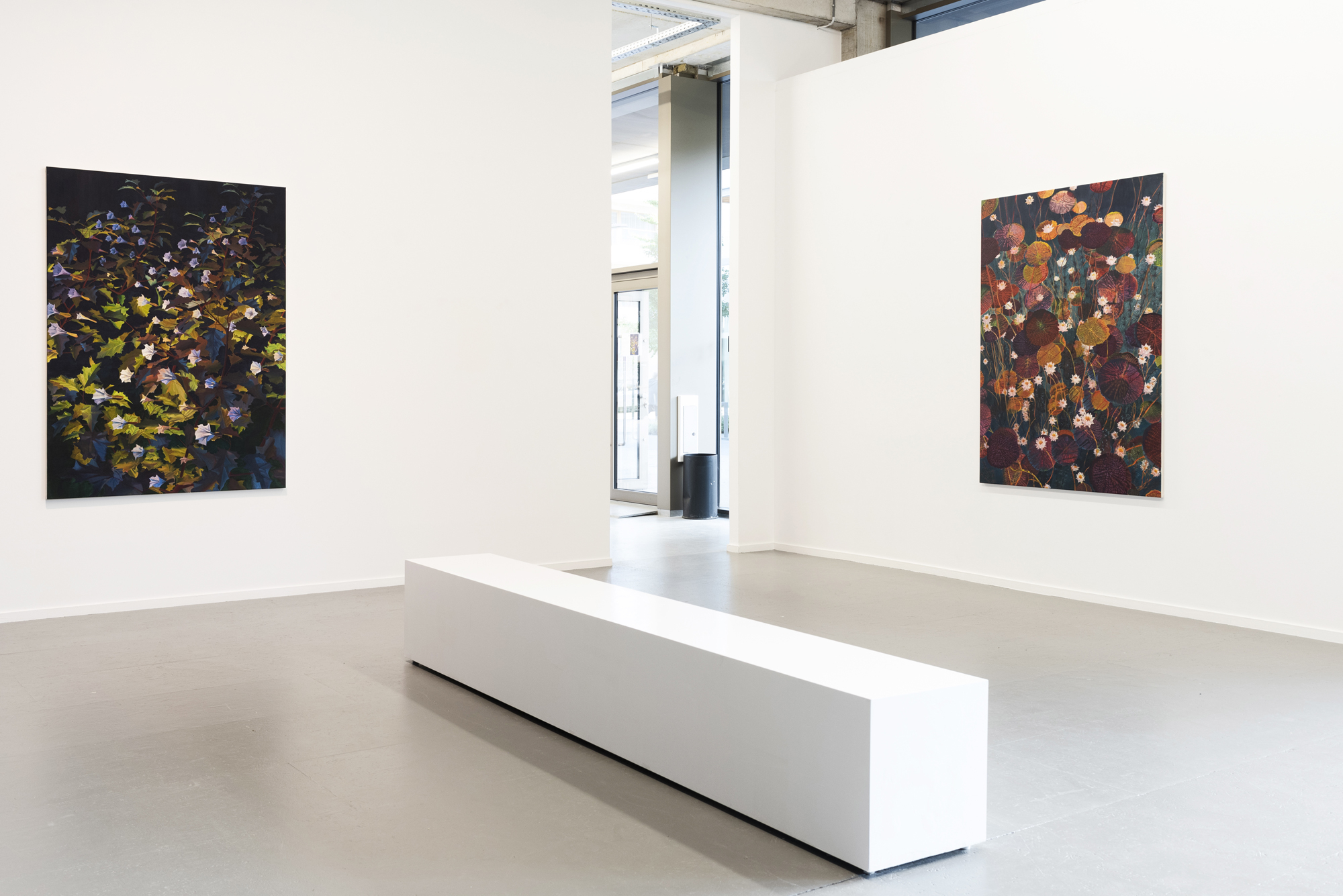 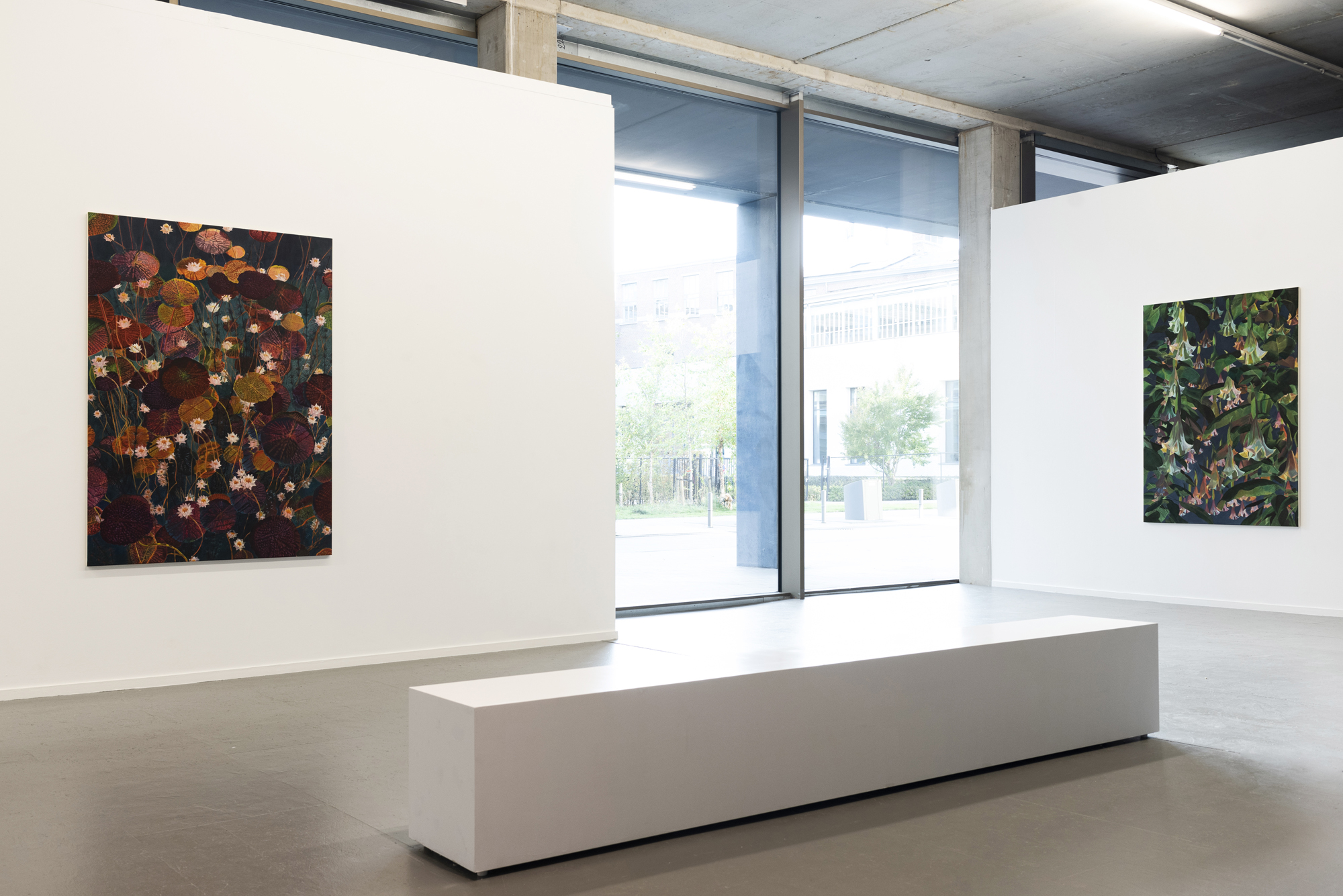 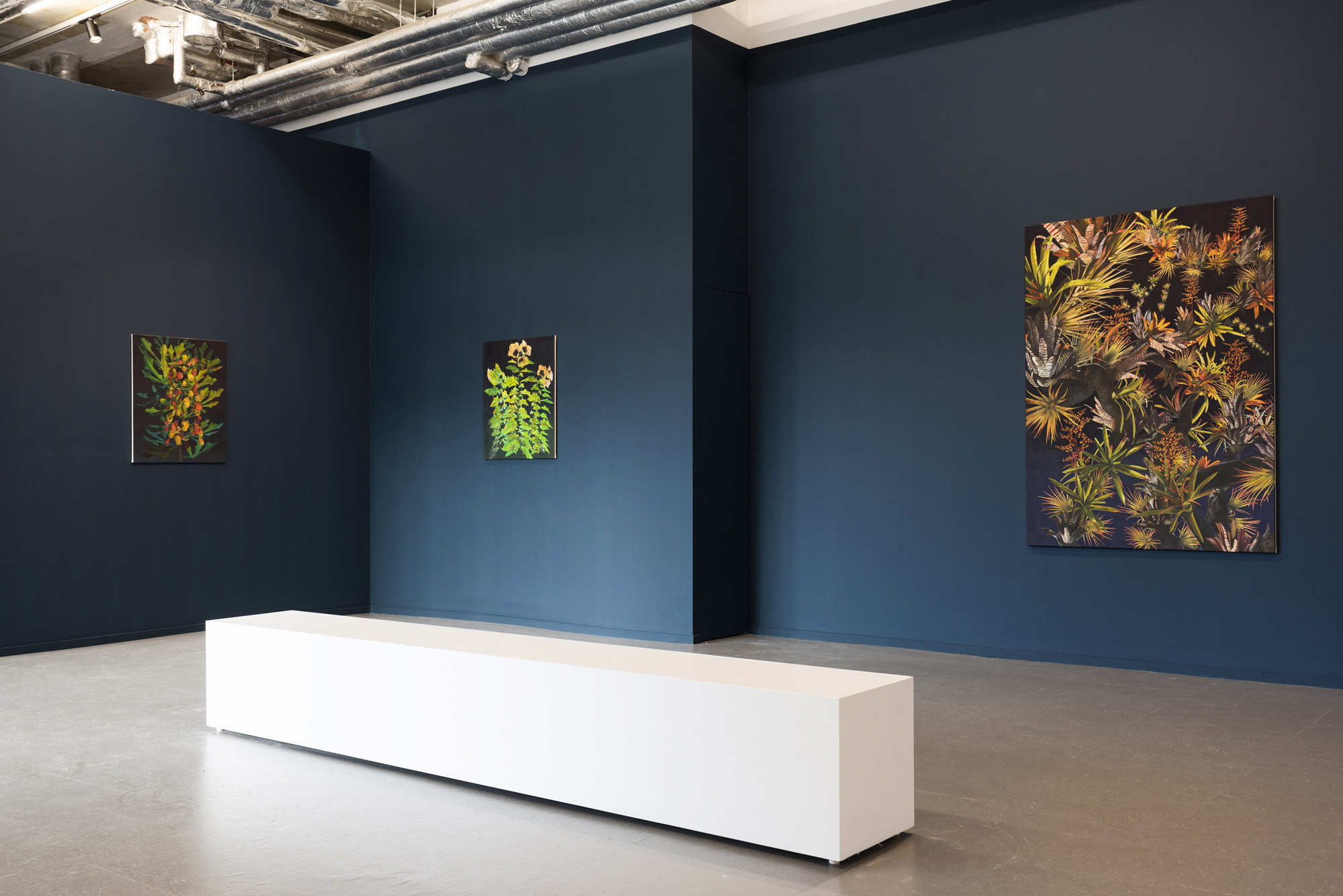 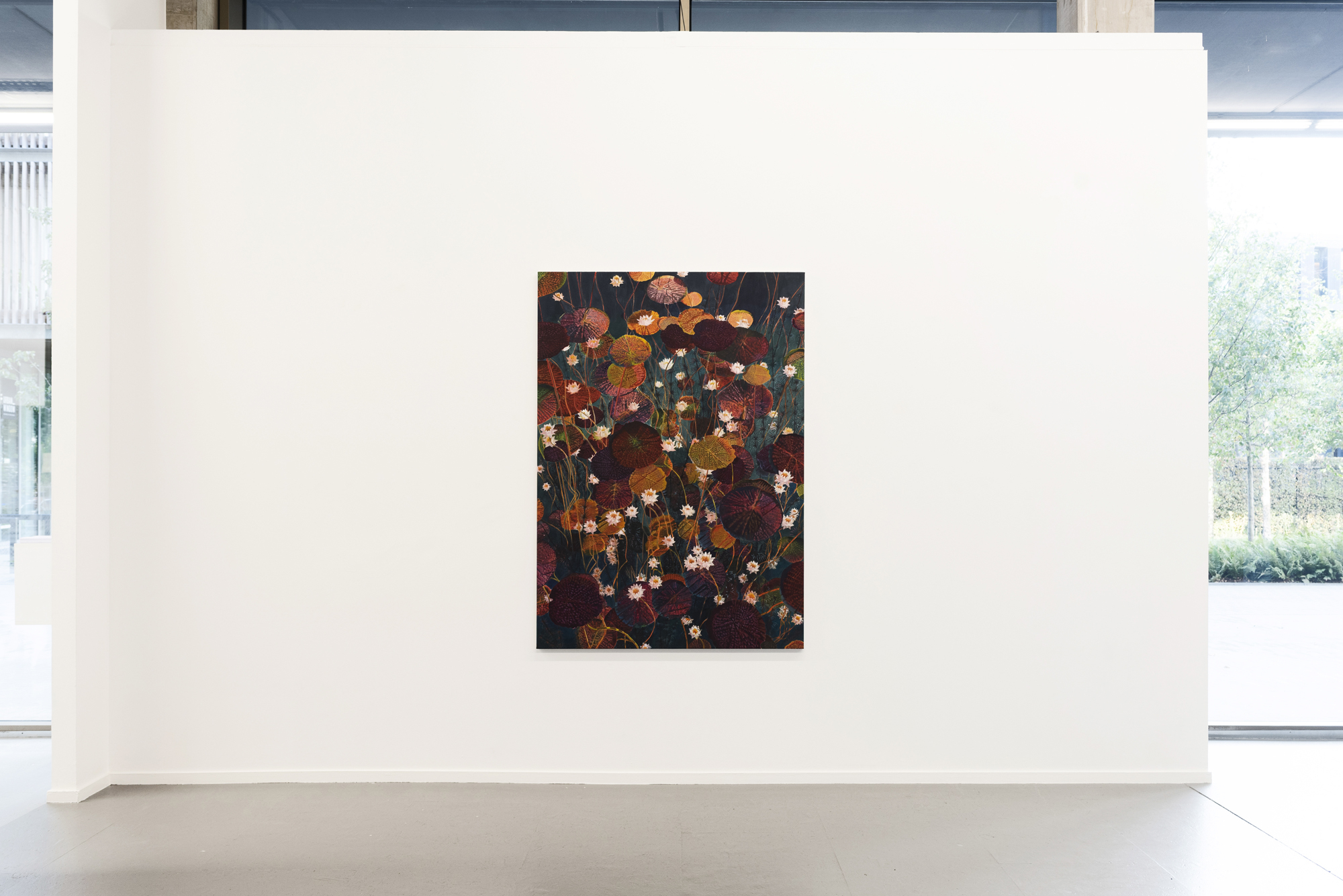 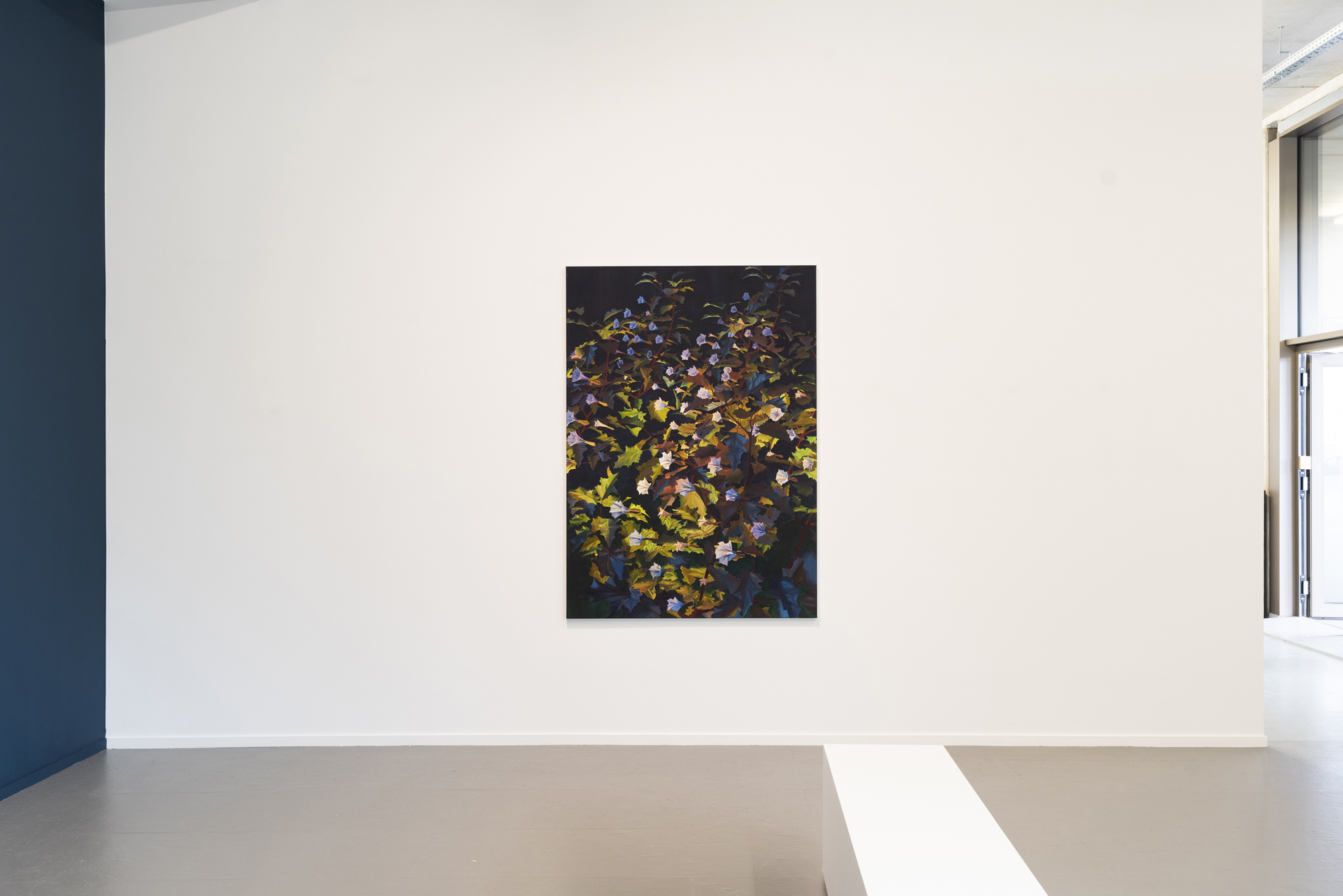 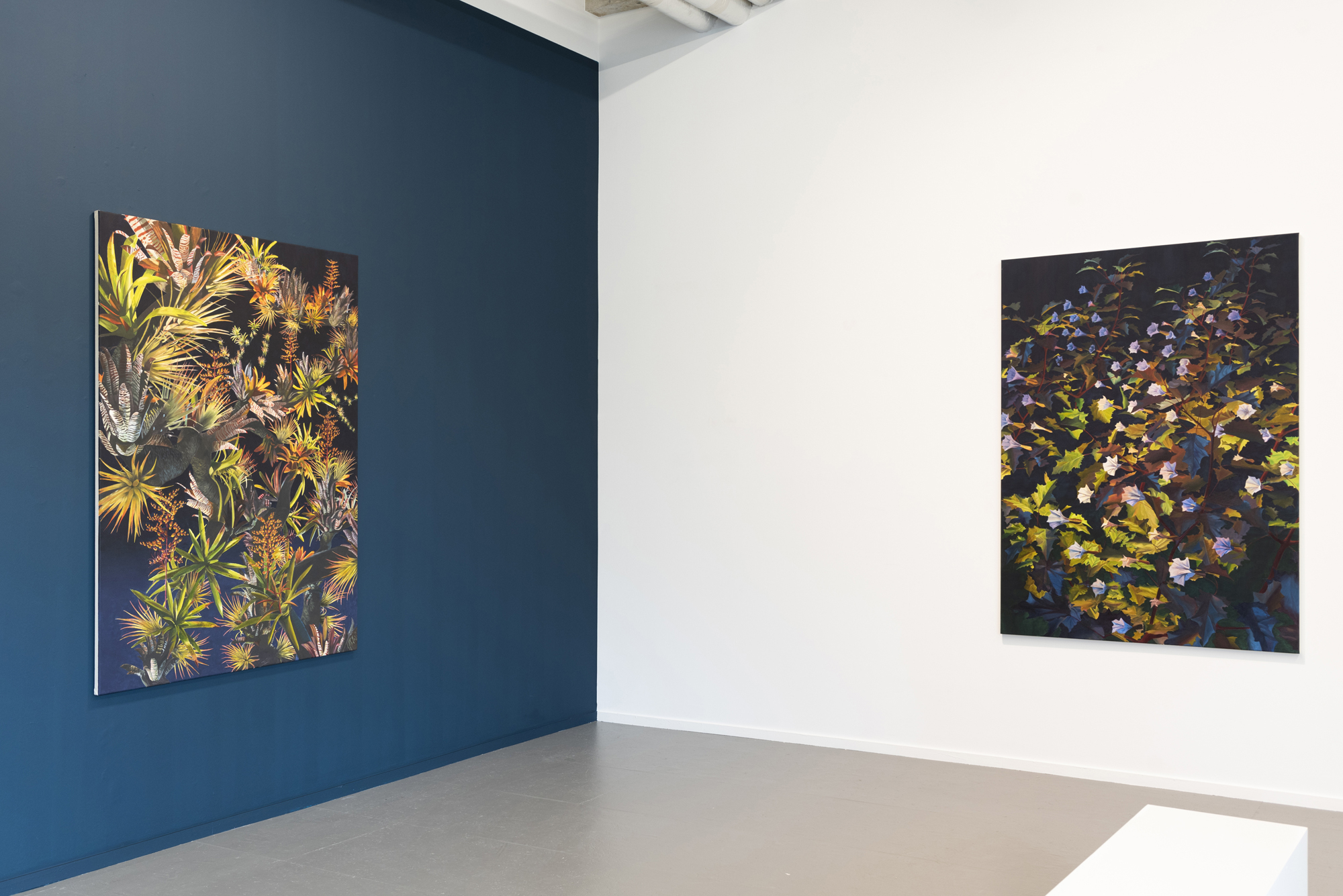 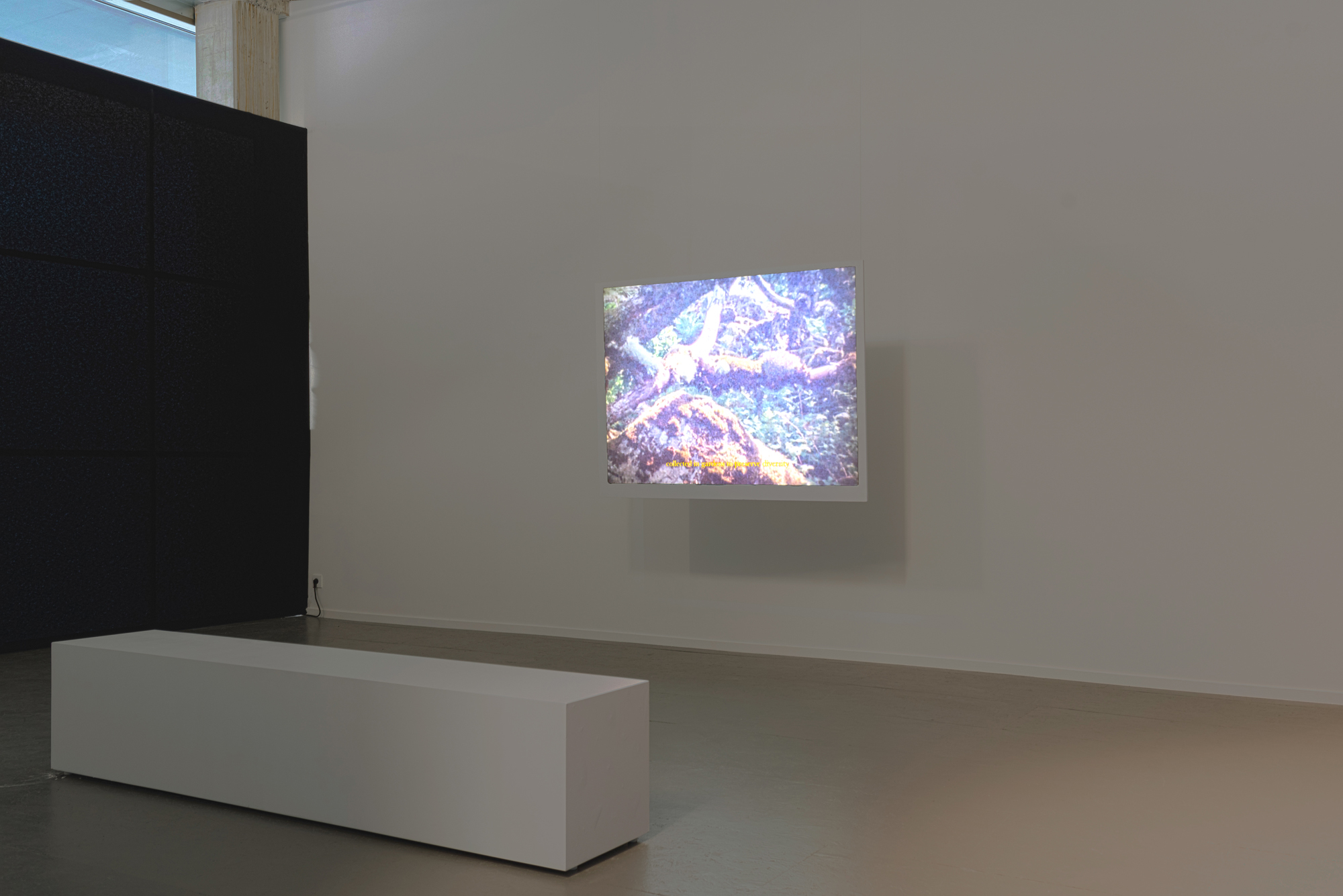 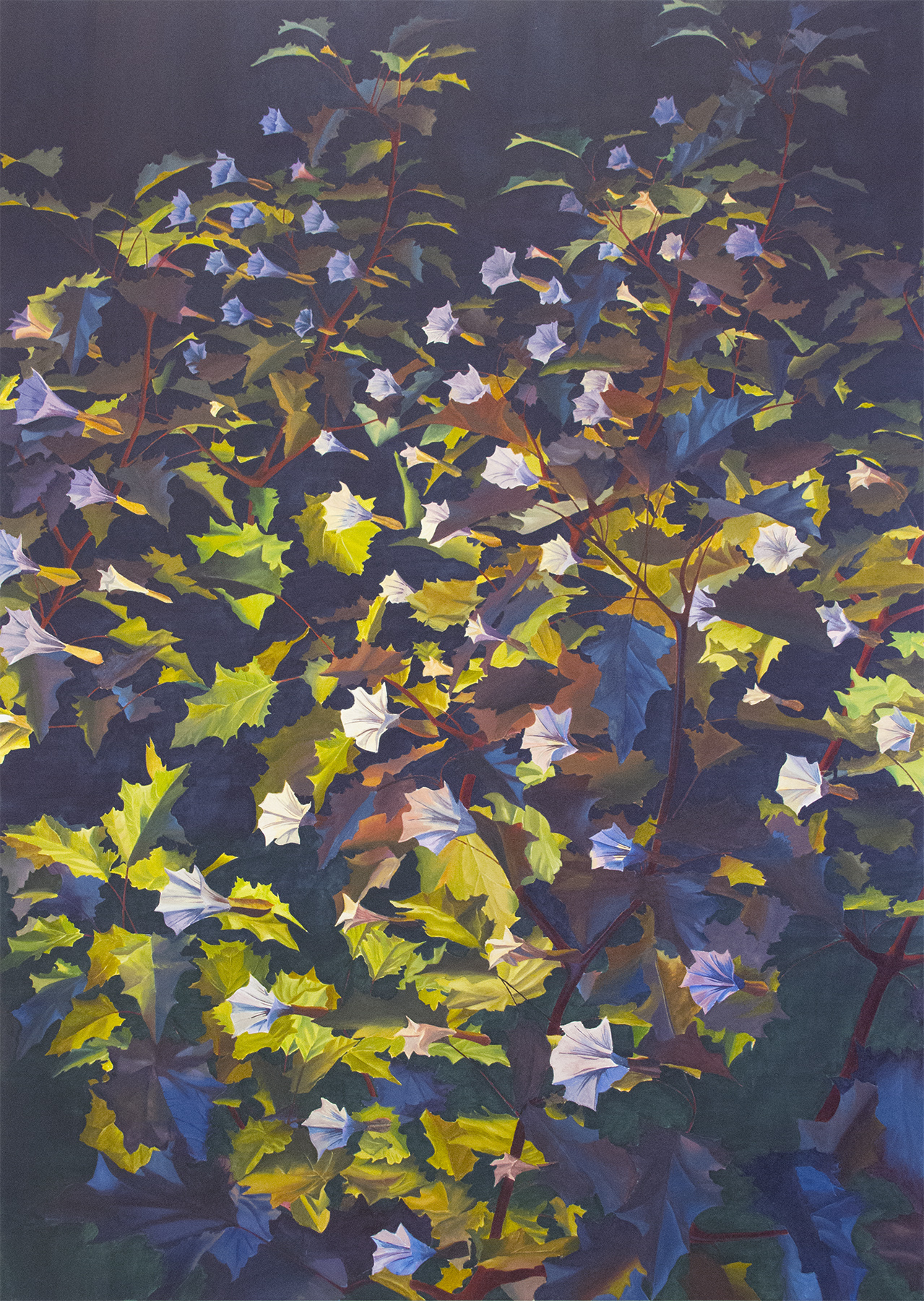 ‘A Pure and Rigorous Aesthetic’

The botanist Francis Hallé observes that, ‘plants elaborate themselves according to strict rules, rules that lead to the conceptualisation of models’. The dynamics of these models and their further implications are investigated in Nicholas William Johnson’s new paintings. In his works these rules are altered – flowers bloom in digital arrays, fruits and leaves are suspended in double helices. Johnson renders plants – other lifeforms – as dynamic, interactive systems, examining our often-unquestioned belief in the passivity of nature. Repetition of botanical forms in futuristic digital arrays confers the idea that they constitute systems of information. Plants and trees are systems that reiterate, recursive nestings of individual elements, to form an interconnected colonial system.

As part of this new body of work Johnson has produced a short film on Super 8 adapted from James Lovelock’s last book Novacene. In the truest sense of the term Lovelock has written a science-fiction that proposes humans will create a hyper intelligence that will design itself as a self-reproducing networked atmosphere of electronic life. Lovelock proposes that this ‘system’ will work in concert with humans to restore ecological balance to the planet. This vastly superior intelligence will exist on a temporal plane of awareness very different from our own. It will come to regard us as we regard plants, life existing on a much slower temporal and earlier evolutionary scale. Just as plants are also aware of us and other animal life and interact with it – contemporary science is beginning to articulate how – in turn we will be aware of this hyper-intelligence and interact with it. Johnson’s film explores the idea that we may only come to fully understand nature and ecology through the creation of networked technologies, an anachronistic futurism. Other life through a post-anthropocentric lens, is not individualistic but vast, lively, complex networks of interconnected and recursive points of awareness.

Further ideas in Johnson’s film that this electronic life can manipulate DNA, or that genomes are saved and re-printed in altered forms for example, are adapted from Octavia Butler’s novel Dawn. A similar science-fiction narrative underpins Johnson’s paintings, plants whose code and patterns of self-replication have been altered pose the question what life and awareness is if it is different from what we know and accept to be ‘correct’.

We must consider other forms of life and renew our vision of life. Consciousness, perception, awareness, do not begin and end with human perceptual mechanics. Other forms exist. Ecological crisis has motivated a turn in critical thinking, a non-human turn. The sublime hyperobjects articulated by Timothy Morton are systems and networks so large they evade total comprehension. Michael Marder’s phenomenological framework of plant intelligence. Jane Bennet says, ‘the nonhuman turn can be understood as a continuation of earlier attempts to depict a world populated, not by active subjects and passive objects but by lively and essentially interactive materials, by bodies human and nonhuman’.

For his film, Johnson has commissioned new music from the experimental Belgian band Razen, who have produced an extra track to their 2020 release Robot Brujo that soundtracks the film.