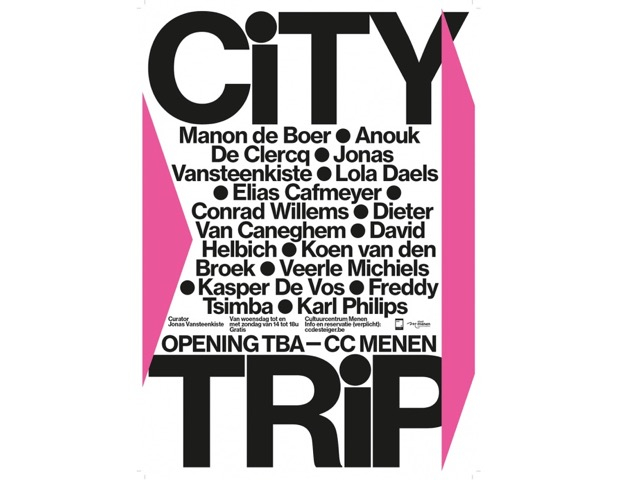 The exhibition 'City Trip' poses the question of whether we are in danger of becoming detached or even alienated from the urbanization that typifies our environment.

Village, city or metropolis: all have often grown organically and are tailor-made for people and their networks. Over the years they have been transformed into a seemingly clear whole, with rules but also errors. Often gray and overflowing with information, they have become urban jungles in which people threaten to disappear in an inimitable rhythm or anonymity.
The language of urban development and urbanization comes across as functional and logical, while we often do not consider exactly how that language was developed.

Many large cities have been inundated in recent decades by tourists who are attracted by the atmosphere or landmarks of cities. Some cities, such as Amsterdam, Venice or Paris, focus strongly on city marketing precisely to enhance that appeal, with consequences for that urban fabric. Not infrequently they come back to this now, because they are in danger of losing part of their individuality.

The exhibition 'City Trip' poses the question of whether we are in danger of becoming detached or even alienated from the urbanization that typifies our environment. Or can we still see the poetry and imagination, like Monsieur Hulot in Tati's movie "Playtime"? On "City Trip", the artworks flirt with the language of urban development.
Some do this literally as constructed installations, others are poetic reflections on the theme. Together they form a new cityscape, a new, artistic view of our immediate surroundings.