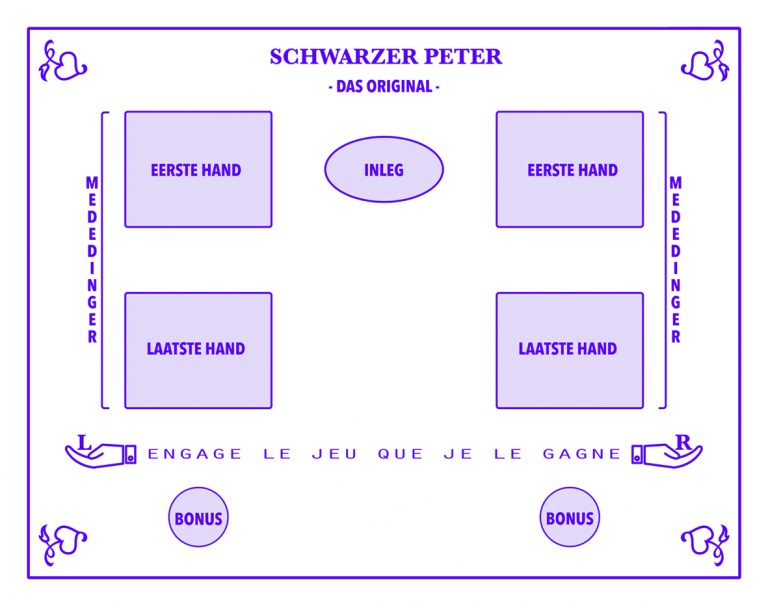 Booklet and original polaroid photos, in a frame
Dimensions: 50 x 60 cm
Edition of 27 unique works, or which 1 "Black Pete" and 4 APs.
Published by LLS Palace in collaboration with Clean Press

The theme and the card game Zwarte Piet are not new in the oeuvre of Vaast Colson. He previously made Triumph cards and a Black Pete card game of the same name, and for the exhibition in LLS Palace, "Affinities # 1", he depicted the image of the original Schwarzer Peter game on the enlarged recto / verso box in his DAGBLAD # 4 - contribution (October 2018). Then the idea also arose to make another edition here later.

Schwarzer Peter probably owes his name to Johann Peter Petri (better known as “Der Alte Schwarzpeter”) an 18th-century criminal who, during his prison sentence, devises a card game in which opponents take turns to draw a card from each other without knowing which one. If there are two matching cards, they are discarded. The intention is to lose all cards as quickly as possible, but there is one card with which no couple can be formed; whoever has this card last, loses the game.

The origin probably lies with Old Maid, a simple gambling game where one tries to determine a loser who had to pay the next round at a café. Both the Old Maid title in English and Vieux Garçon (the name for this game in French) are pejorative terms. The fact that in the name of the game the aspect of (g) having a partner is so explicit, makes it all the more relevant that Vaast Colson conceived this edition in an exhibition that focused on the artistic relationship between couples. In Flanders, the game is also known as peak-crazy hunting; in a standard card game, the peak of a fool is depicted by the spade farmer, the card that one has to “chase away”, which should not be left behind (club farmer is removed beforehand).

Vaast Colson sees the game as an exercise in learning how to deal with loss and disappointment. A technique (or rather tactic) to win is difficult to use in the game. M.a.w. the luck factor is very present. The volatility with which the game is played ensures that the feeling of loss is made lighter and more acceptable to the child (as well as to the adult, by the way).

During the performance in LLS Palace, the spectator / buyer is invited to play the game with Vaast Colson. The opening hand and the last card are photographed by both players, and are mounted on the panel to complete the edition. In addition, the stakes (for the winner) are also stuck, and on the back is a publication in a sleeve, as well as a 5th polaroid, which shows who played the game with the artist.