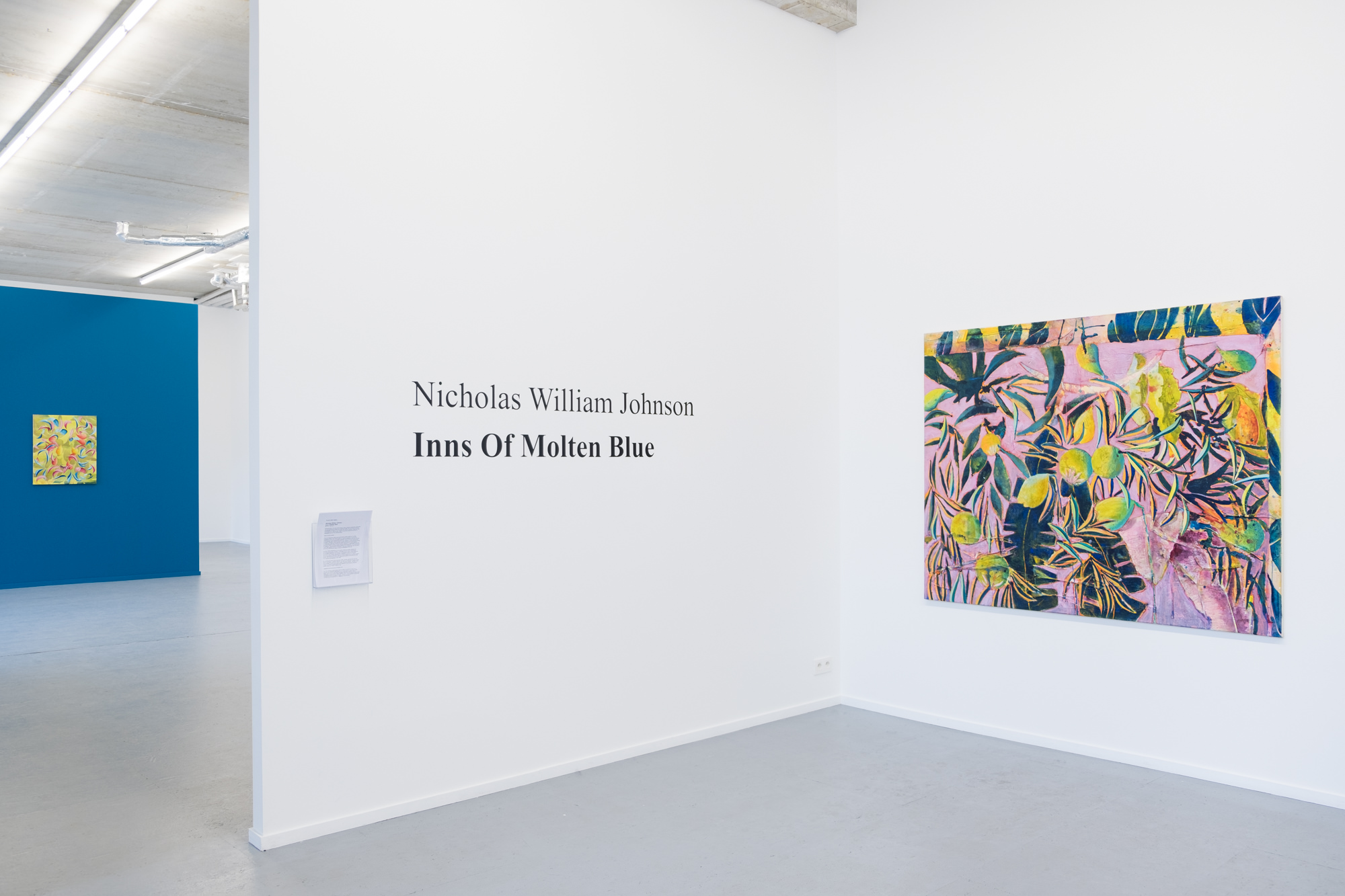 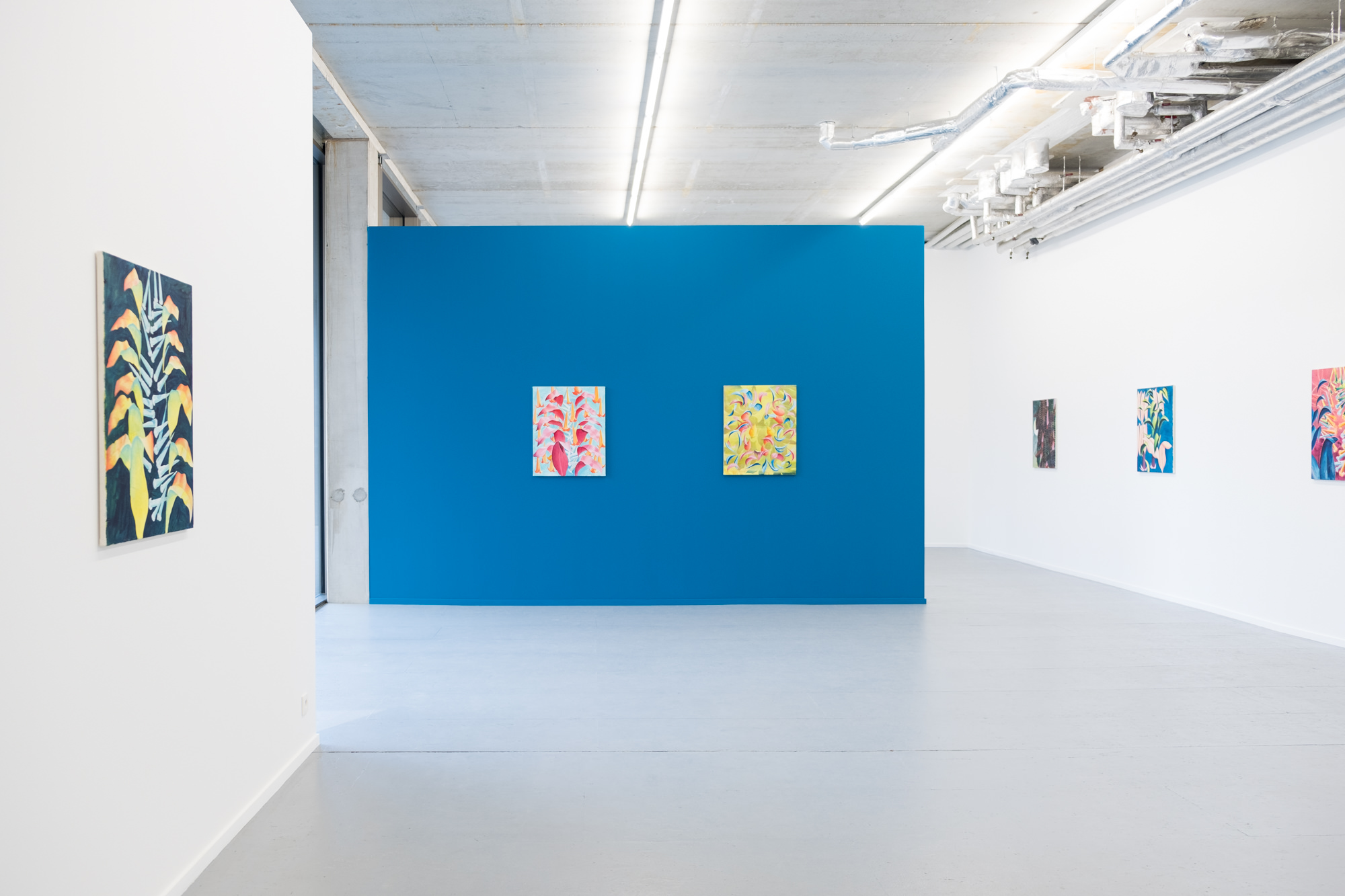 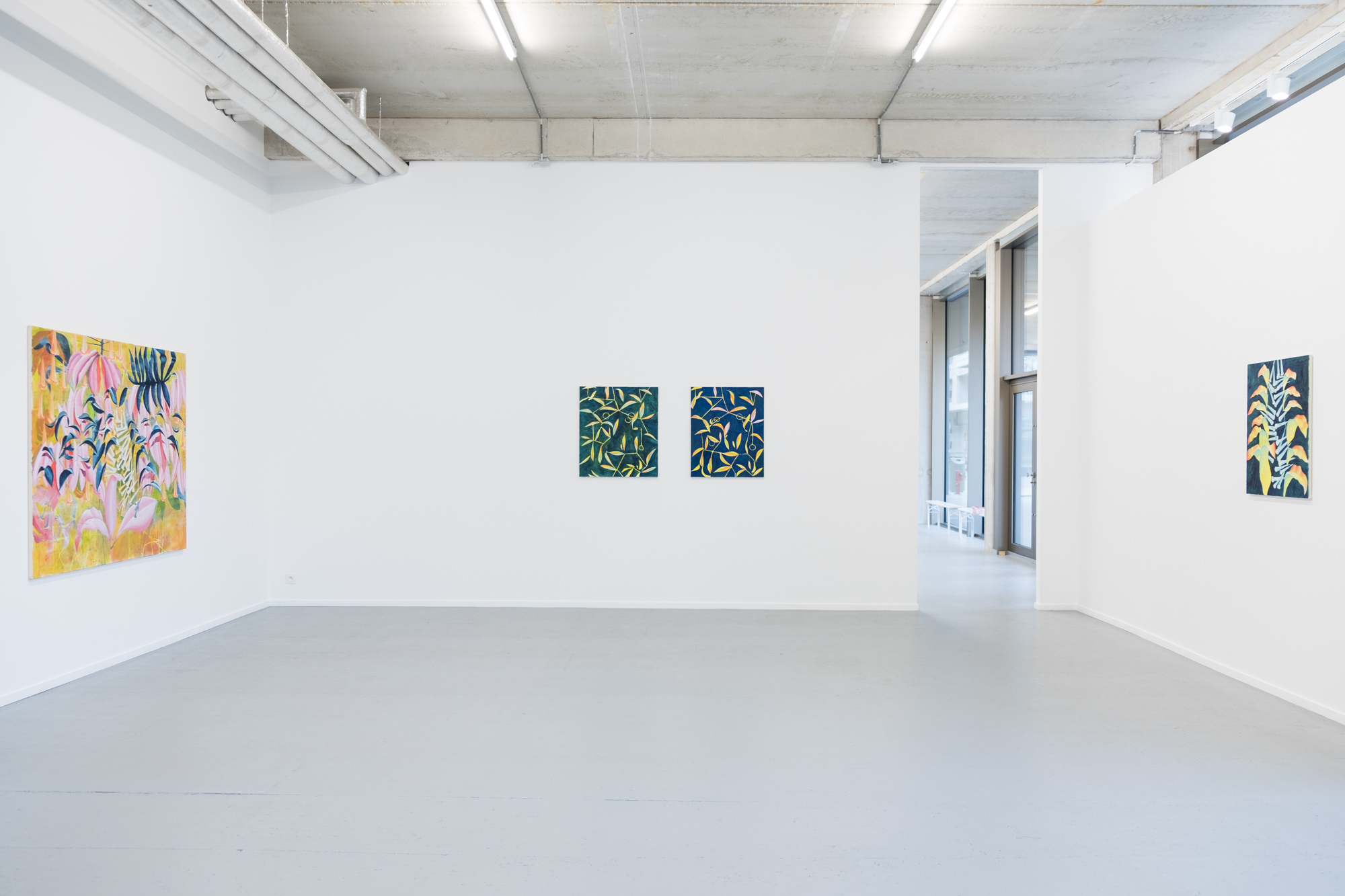 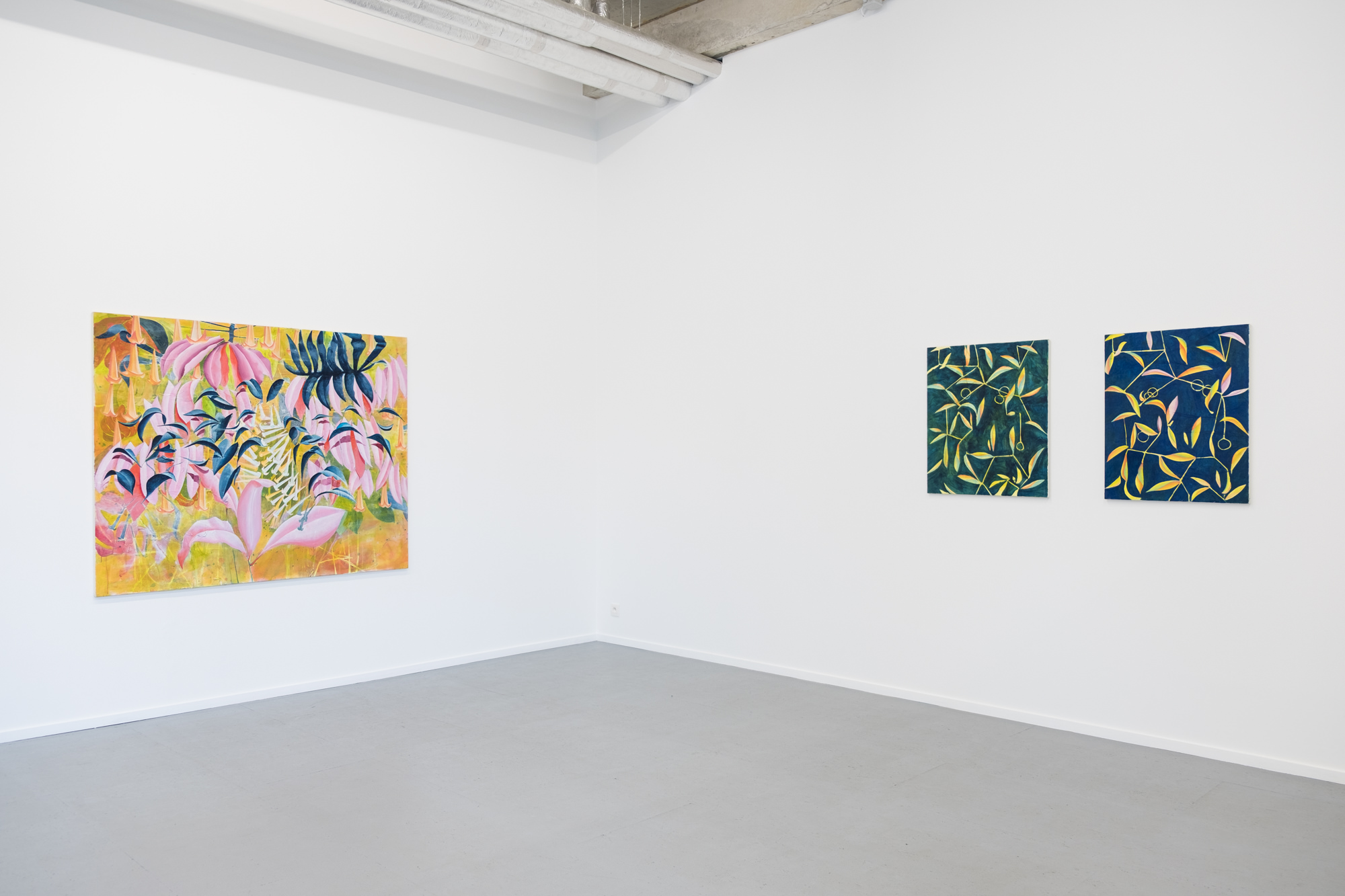 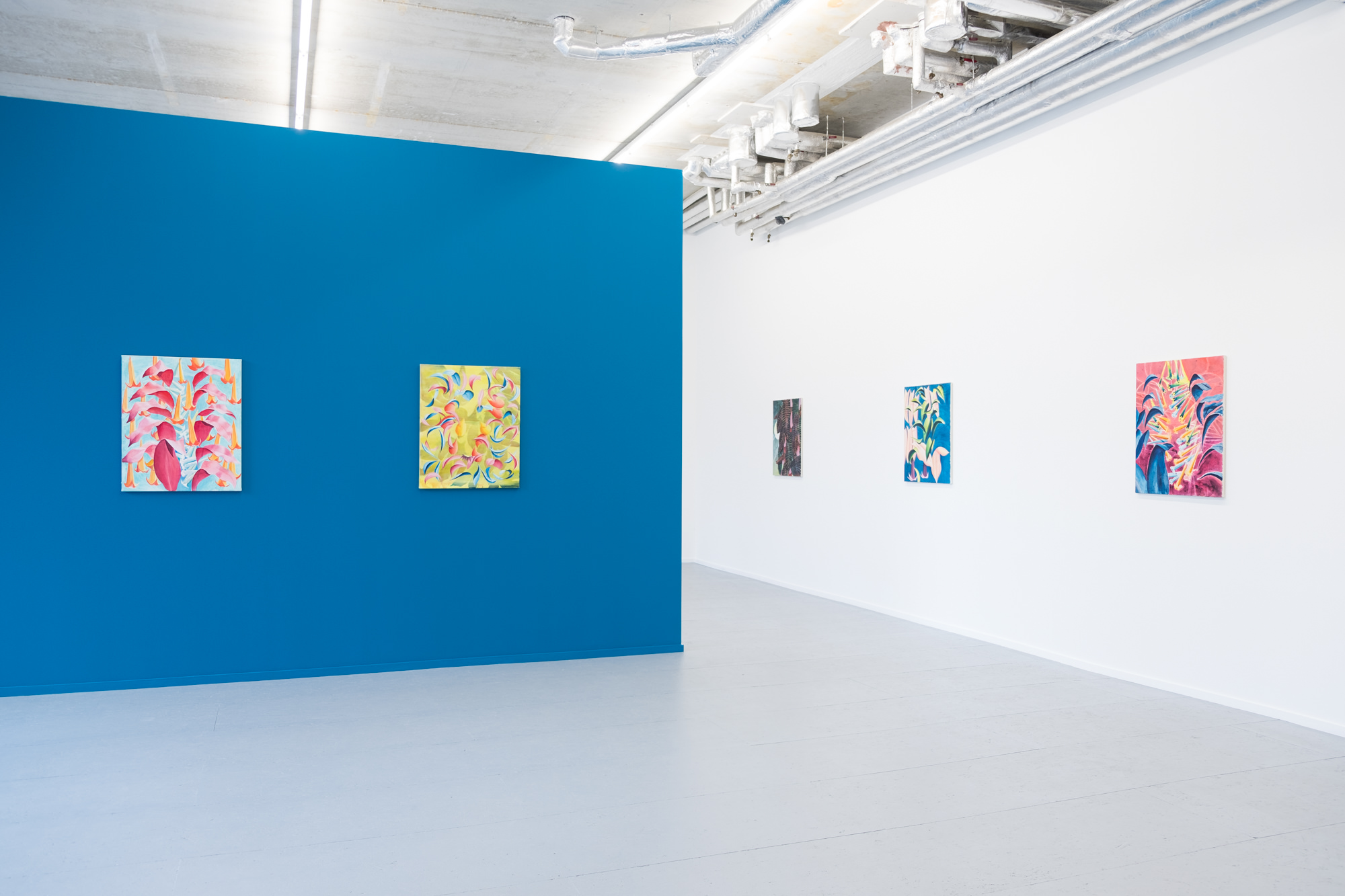 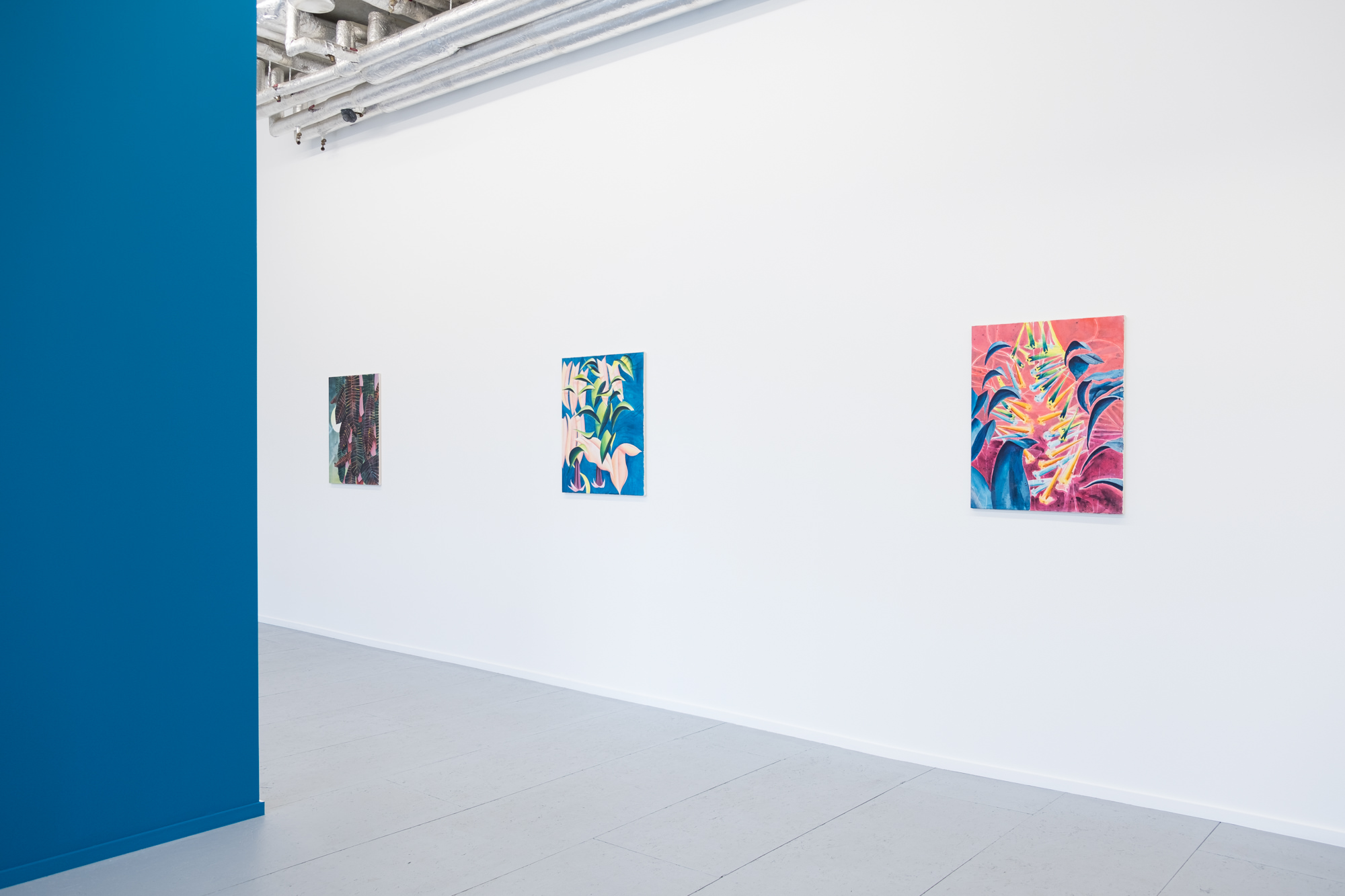 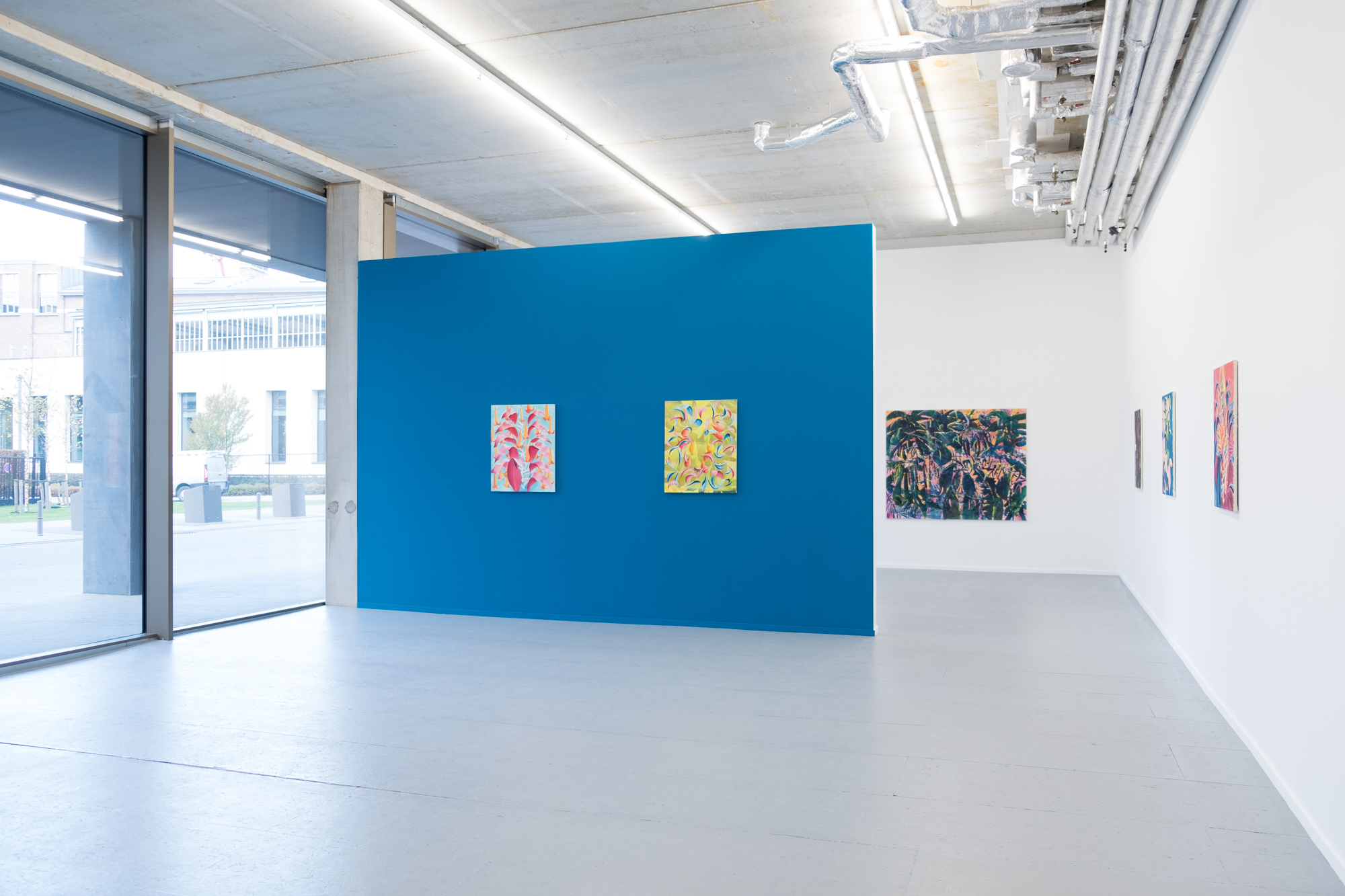 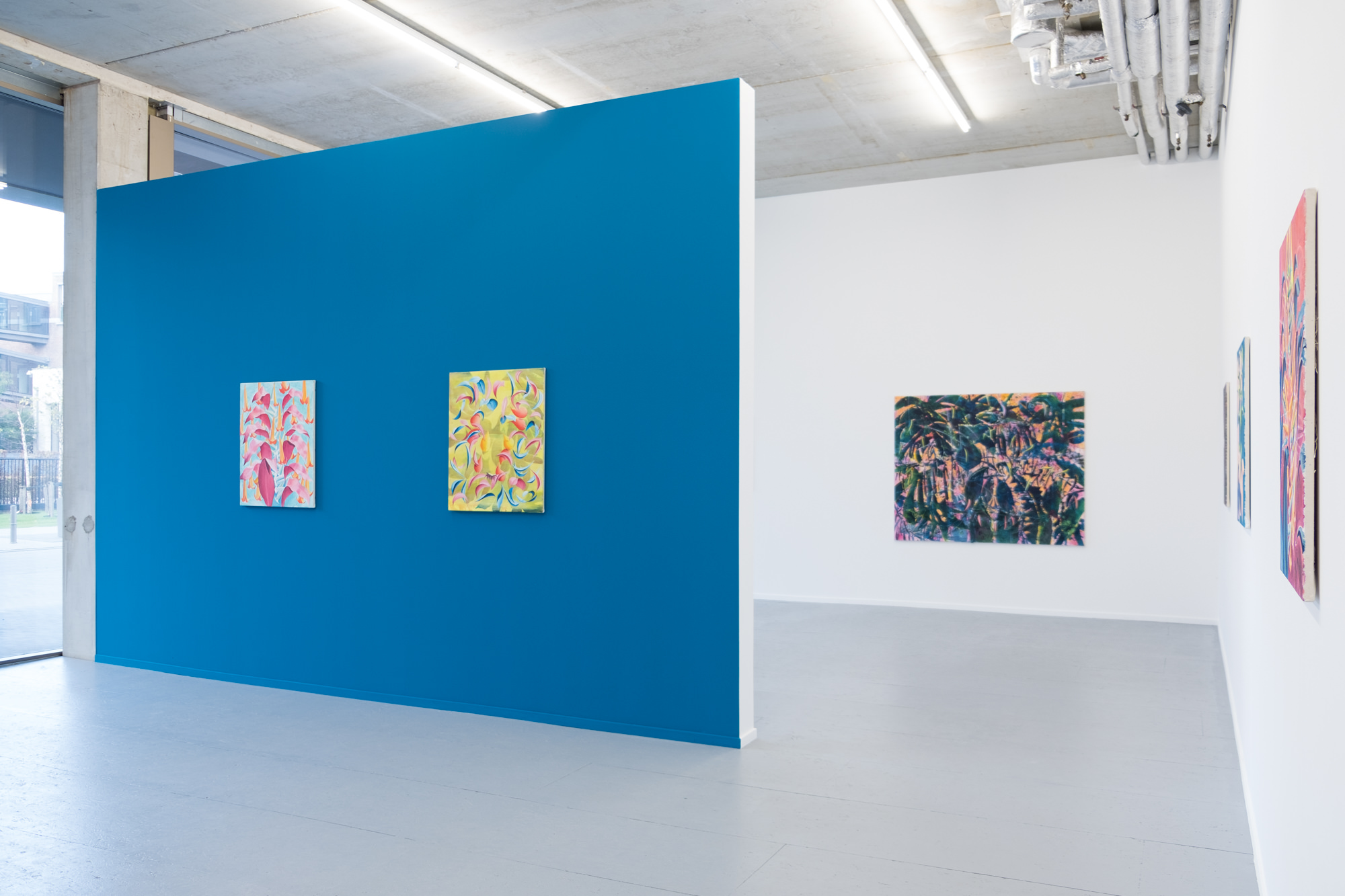 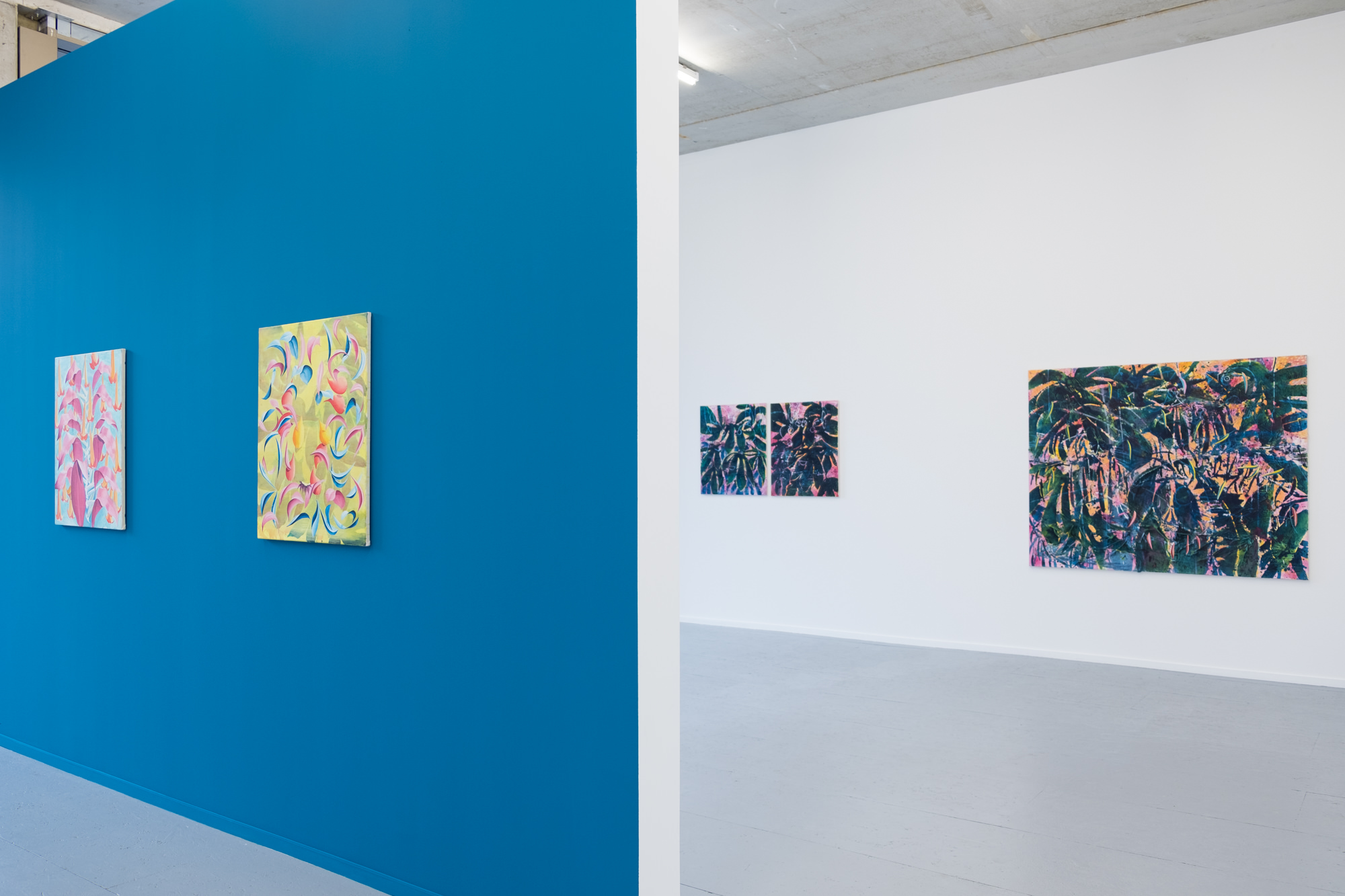 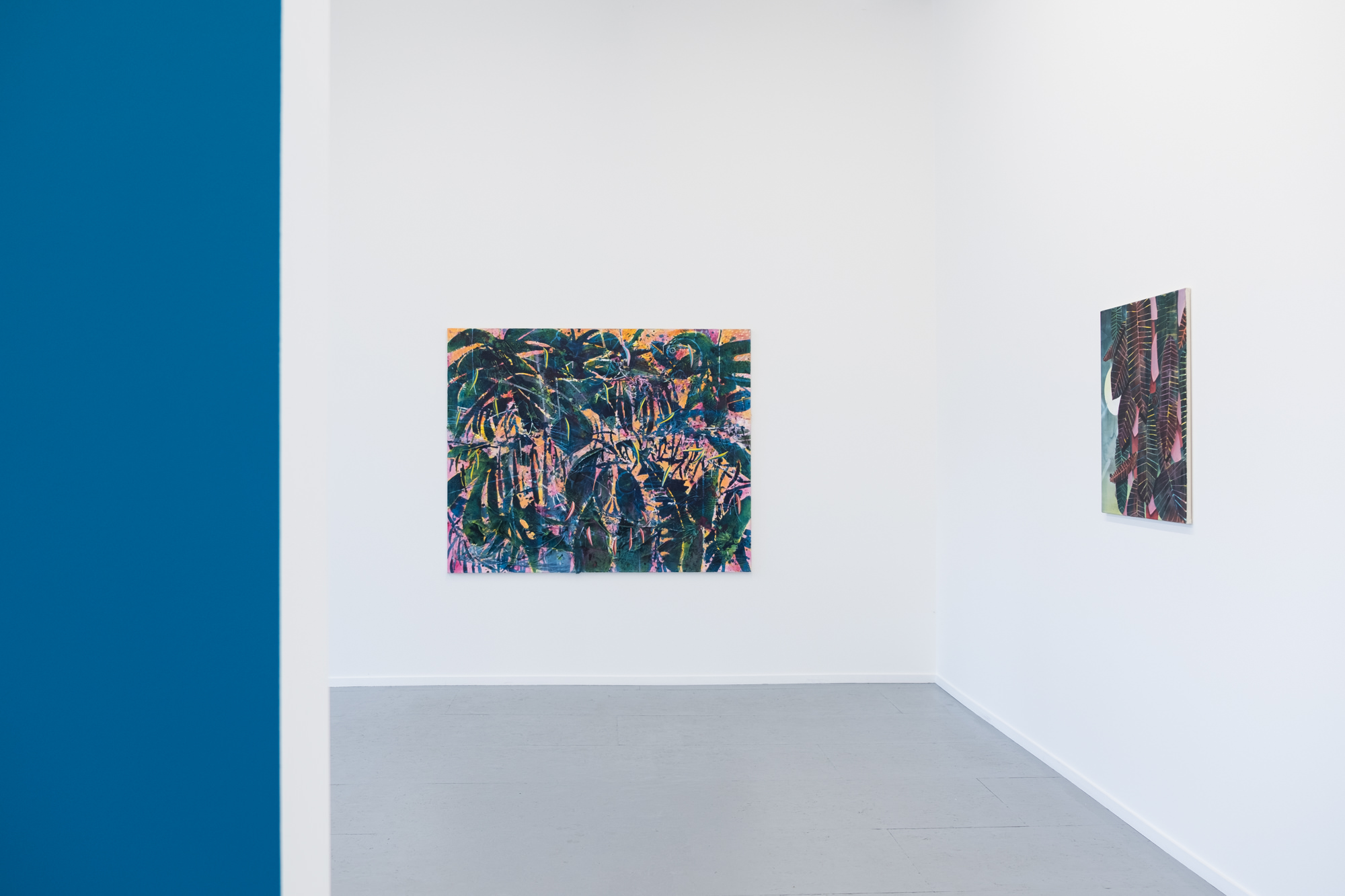 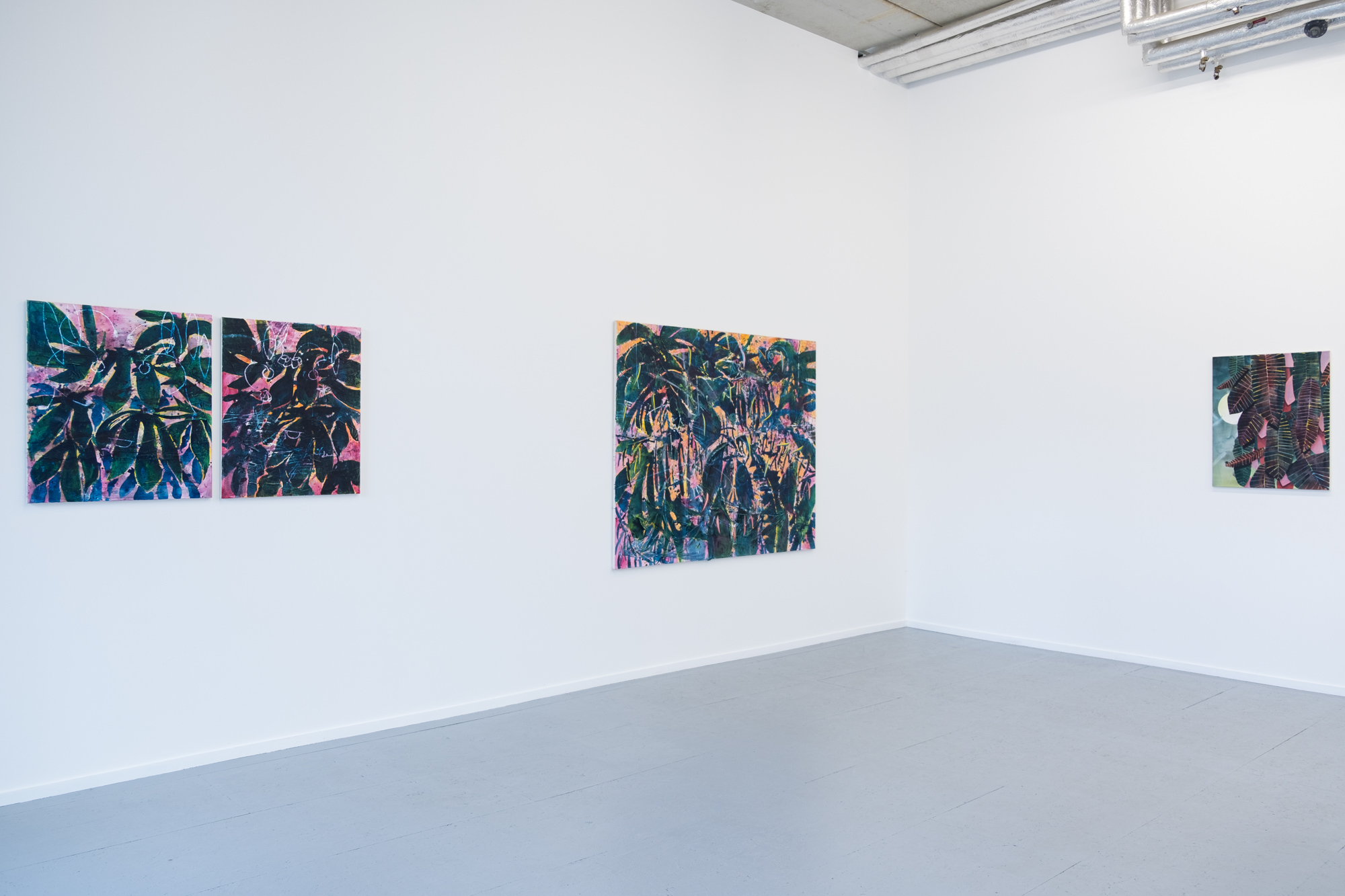 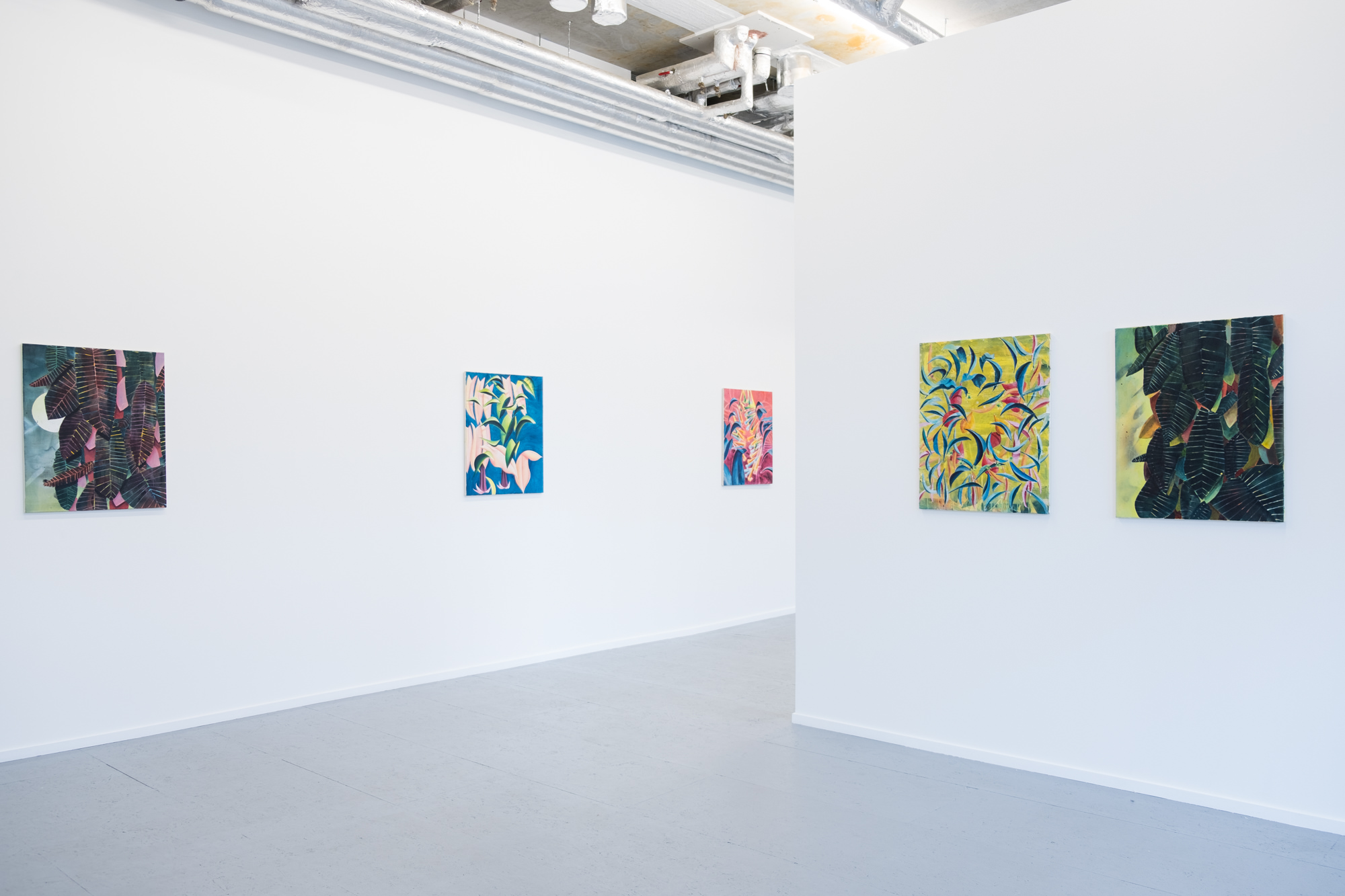 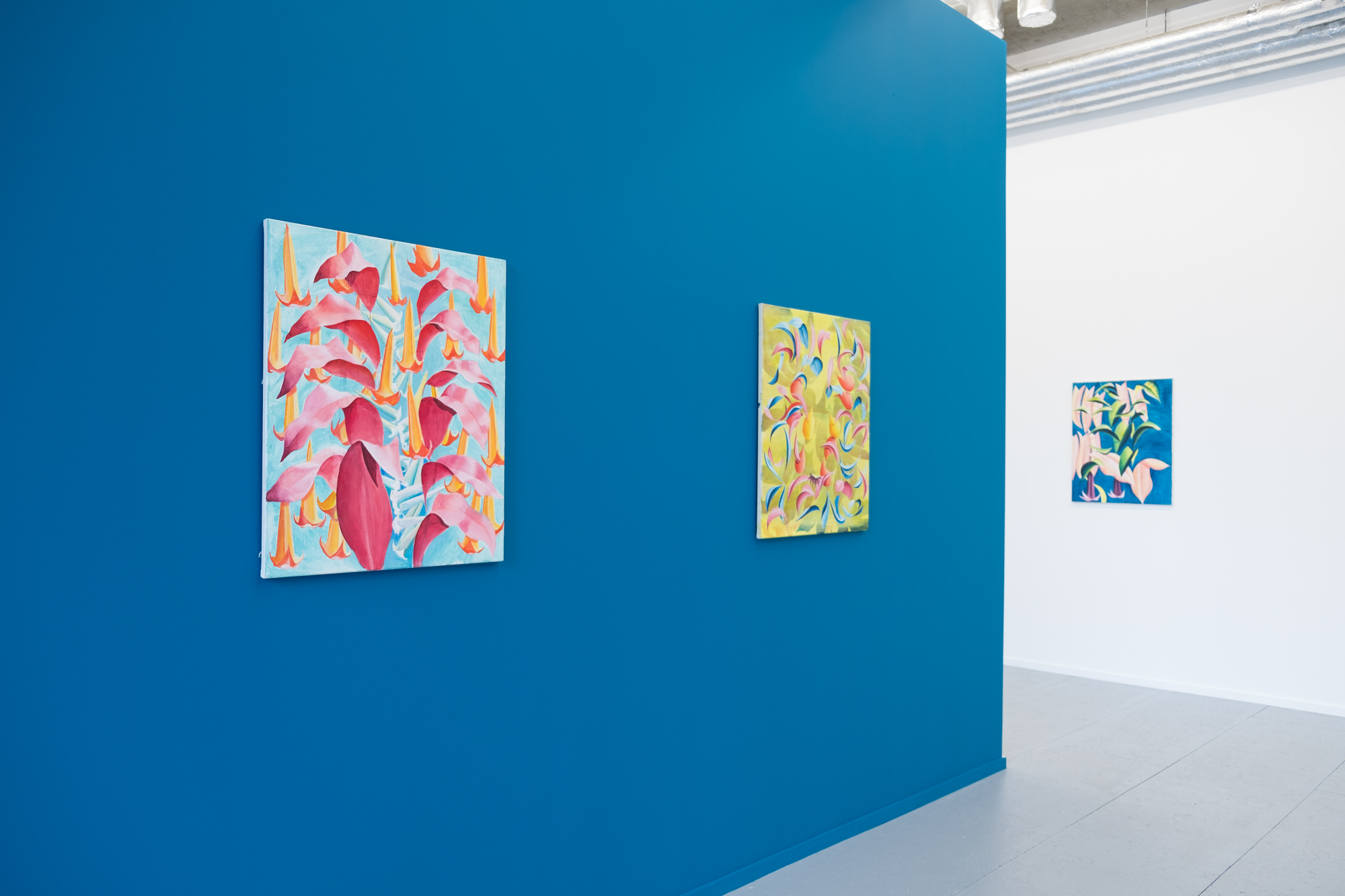 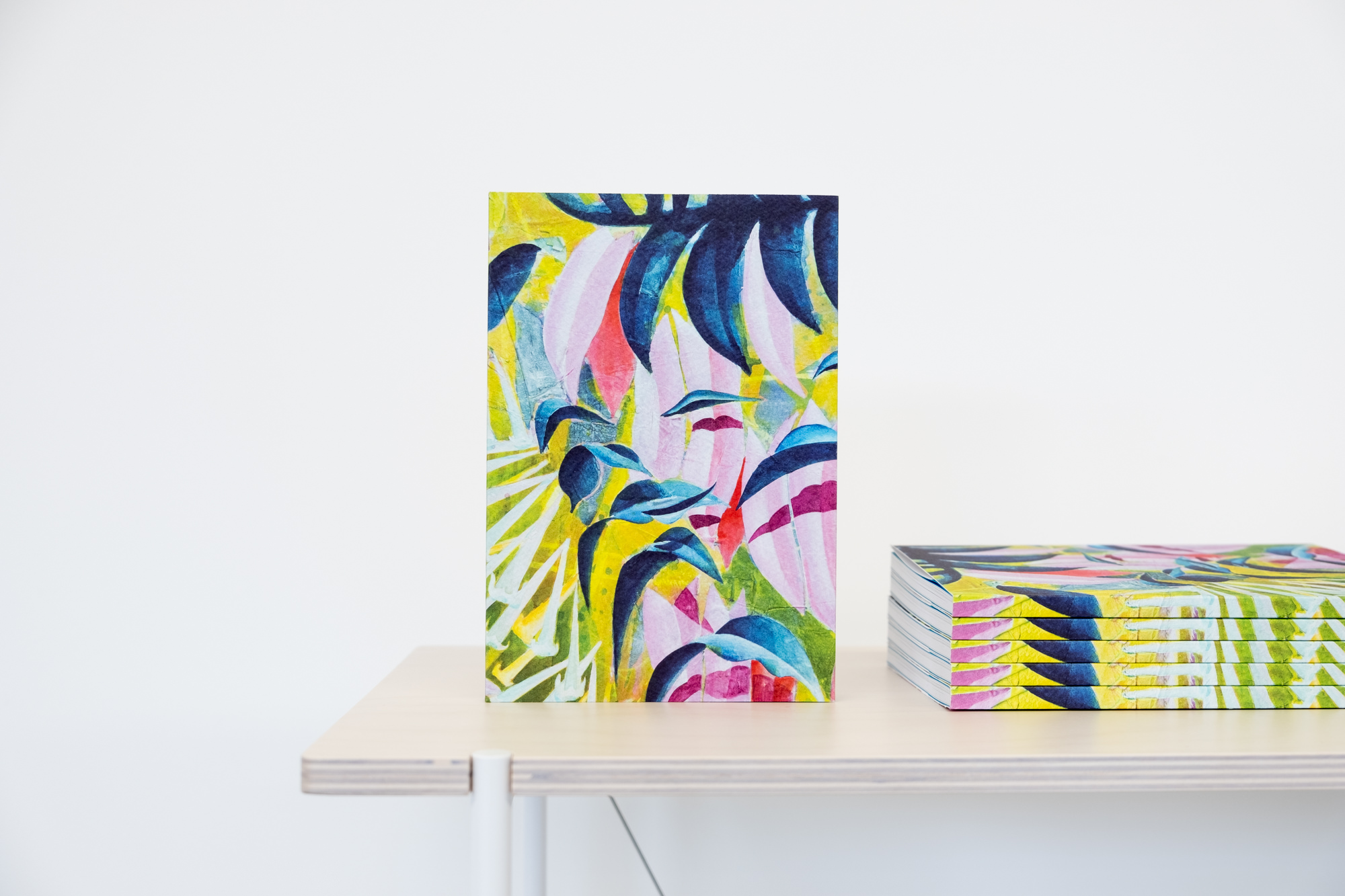 Nicholas William Johnson paints flowers. Floral motifs are traditionally associated with the decorative or naive, but in Johnson's case, this would be an awkward simplification of a body of work charged with meaningful layers. There is more than meets the eye. In fact, it is not the eye that Johnson wishes to address, but our very consciousness.

Nature is not innocent

Floral and botanical motifs, such as Johnson’s, inspire reference to artists throughout history; from floral borders on medieval tapestries, over the Pre-Raphaelites and the Arts and Crafts movement, to the brightly-coloured exoticism of, for example, post-impressionist painter Paul Gauguin or ‘naive’ painter Henri Rousseau. Rousseau’s naive exoticism is owing to his having painted scenes he never saw in real life. His works are hybrid constructions of other people’s accounts (be it through artworks, literature, or verbal testimonies) of places, and his own imagination. His paintings are of a conventional beauty, but can never grasp the feeling of an actual place.

However, these landscapes are not innocent. In fact, nature is a silent witness, and sometimes accomplice, to history. In Rousseau’s work, and that of many others, exotic florals are accessory to the wrongful appropriation of aspects of unknown cultures and places. They are an easy and visually pleasing tool to evoke an exotic context, with the density of the bush reflecting the opacity surrounding the often misunderstood strangeness of the ‘other’.

By employing formally similar botanical motifs, Johnson emphasizes their use and abuse in art history. He is seeking to address the appropriation of cultures and visual tools by reflecting on patterns he himself only knows through other artists’ accounts of them. Johnson’s own imagery is a hybrid of anachronistic floral aesthetics and elements referring to more contemporary culture.

Just like a strange, exotic culture, nature is often an attractive mystery to us. Mankind has created myriad systems and vocabularies to make nature make sense, taxonomies to make everything seem explicable. However, there is always a part to nature which is intricate and altogether alien. The complexity of nature does not abide by binary processes of reason. Johnson’s works investigate this alienness of nature, and the possibility of a ‘vegetable consciousness’.

In her poem I taste a liquor never brewed, Emily Dickinson is using drunkenness as a metaphor in her celebration of nature and its beauty. The ‘inn of molten blue’, which Johnson borrows as a title for his new show, stands for a divine location in the sky. Her feelings of ecstasy are quite similar to those of a person in trance. One could say this trance is a state closer to nature, a more instinctive state of being, which allows the human mind to open up to other forms of consciousness.

This transcendent moment is also a natural phenomenon, namely the short moment between sunset and full dark. In ancient myths, this moment is a magical one. It is the moment when the god Pan is waking from his afternoon nap and drags his worshippers along in a transcendent (hysterical) dance with his frenzied pipe music. It is also related to what Deleuze and Guattari refer to as the ‘twilight state’, that delicate state between waking and sleeping, between consciousness and dream. This half-consciousness is precisely what Dickinson finds in her ‘inn of molten blue’.

Johnson’s intense colour palette might be a reference to the kind of trance or ecstasy related to it, while the painted botanies are seductively luring the viewer closer, convincing her to search for previously undetected meaning in their leaves. With his search for a ‘vegetable consciousness’, the artist invites us to willingly move into a twilight state, to let go of our binary, classified, controlled consciousness for a moment and try to imagine something beyond that.