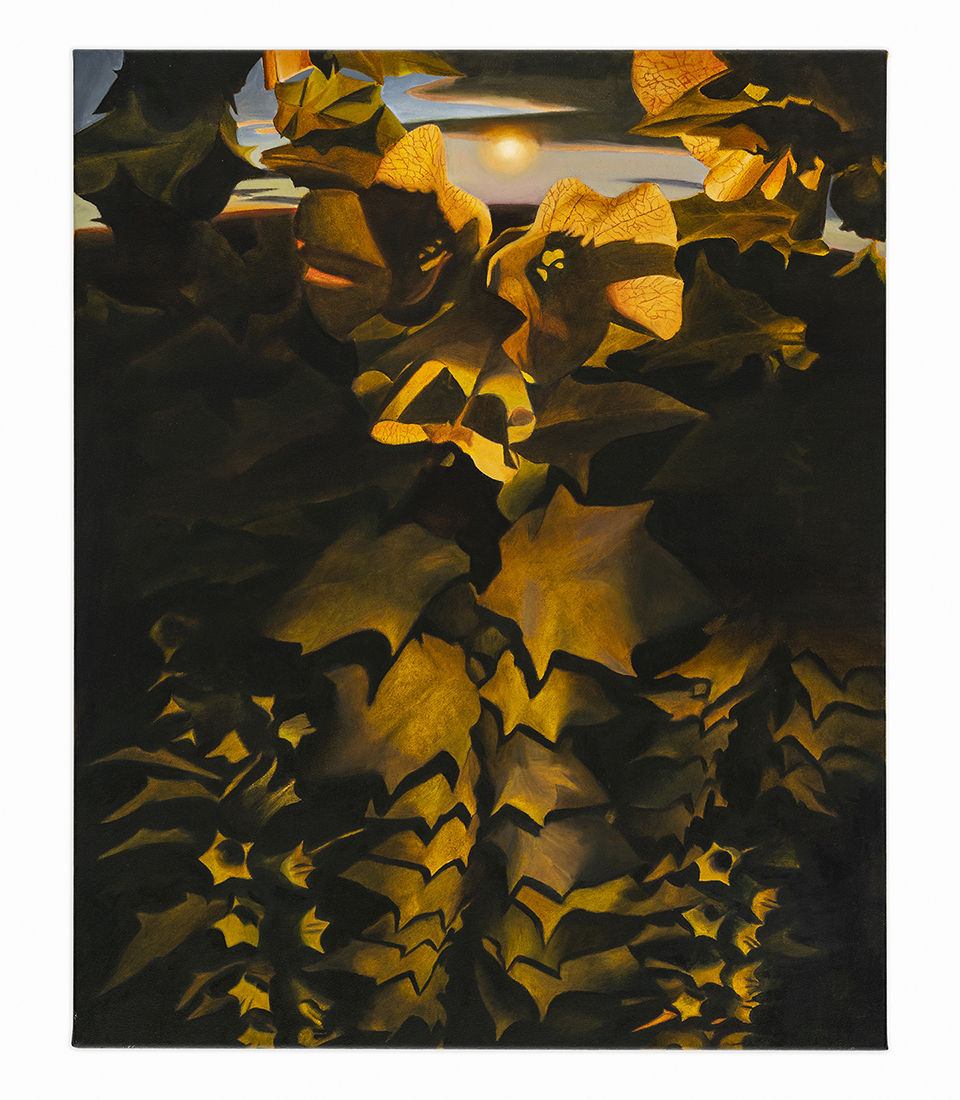 Nicholas William Johnson his solo-exhibition 'Apparatus' will open on November 3 at Foreign & Domestic in New York. Exhibition is on view from November 3 until December 18.

Nicholas William Johnson presents a new series of paintings and a sequence of animations played on convex glass screens. The shows title Apparatus refers to the technical equipment and systems that are created and sometimes required to visualise new worlds. The paintings and animations in this show each depict a landscape or botanical form viewed as a reflection in a convex obsidian mirror. This viewing apparatus is built in virtual space by the artist before painting the generated images on canvas in oil paint. A process that positions the work in an anachronistic non-place, an ancient future space. This out of timeness is also reflected in the use of old CRT monitors to playback the moving image work which are built with contemporary software. The convex dark glass of an unpowered monitor already functions in it’s own right as a dark convex glass mirror, the animations slowly surface and submerge and interact with the viewers reflection.